Reality Squared Games (R2Games) is a company located in Hong Kong who publishes a series of games available via web browser, translated for English audiences. The games themselves are free to play; however, like most f2p games, there are microtransactions so the company may cut a profit (or at least attempt to). Monkey King Online is just one of many titles the company publishes and makes available online, which also include Zombies Ate My Pizza, Lunaria Story, and League of Angels. The premise of the game is blurry at best. You play one of four characters who can transform (as the game progresses) into a deity, which completely changes your powers. It is based loosely on the Chinese epic, “Journey to the West,” where the Monkey God, Son Goku, travels and gets into mischief.

It does not appear that you can change your character, so pick the one that appeals to you the most: the Monkey, the Fox, the Bull, and the Iron Fan, each with their own personalities and differing abilities. The website offers a very brief bio of each character and some of the skill names; if you really want to make the right choice based on skills rather than physical appearance, I would probably troll the forums for information. I chose the Bull, because he reminded me of a bulky Nobunaga Oda, with a gigantic axe and a cool horse. As you progress through the game, you can unlock a variety of scantily-clad Goddesses, each with a different requirement, from logging in 60 times, and having items/chi to a certain amount, which takes an inordinate amount of time. 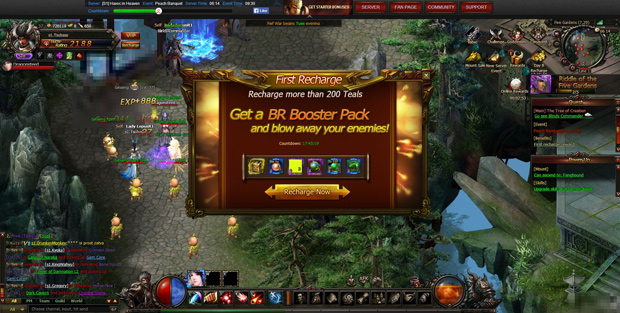 There are many who do not like free-to-play games, because many of the microtransactions offer bonuses and benefits that put the people who choose to pay leagues above the people simply playing casually for free. It is the people who are paying that are responsible for the game moving and progressing in the pace that it is, but even still there are worse things to be aware of than the overpowering items you can acquire with some cash sitting around. For one, the UI is incredibly cluttered. No matter what size your screen is (I use a 28” personally), there is so much on your screen, and the longer you play, the more doodads get added. Challenger icon, Goddess icon, Quest log, Abilities bar, chat box, and your power level (Think Dragonball: it is just as important). While the game’s backdrops and character designs are beautiful, often they will clash with your chat, and other UI functions, making some things incredibly hard to see. 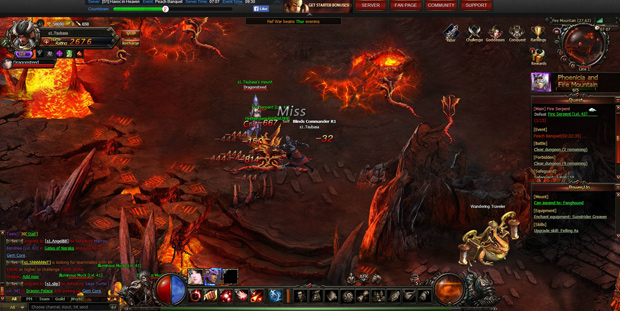 On to the other dreadful part of this beta – it may as well be called “Autowalk: The Game.” Monkey King Online includes a feature where you can click on the quest in your log, and it will walk/ride you to the next part of the game, and even start combat for you. Clicking once attacks, and double clicking starts your autoattack. There was a good two hour chunk where I only clicked or used powers when I was done with a quest chain, and it was time to autowalk to the next part of the game. Granted, the music can be soothing and fits the game, after a while I had begun to drown in this game, despite doing nothing. You can also teleport to other locations, or fly on a Flying Nimbus, which appeals to me because I am personally a huge fan of the “Journey to the West” story. 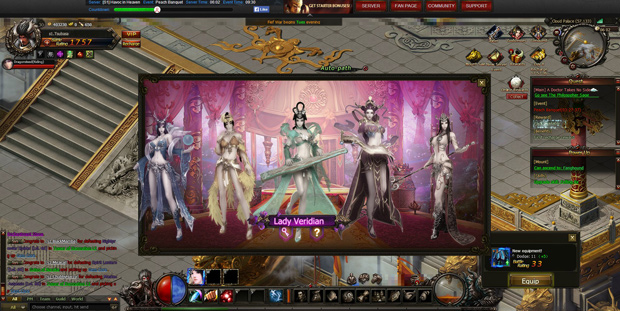 State of the Game Address

For what it’s worth, the game is beautiful. For someone who just wants to casually enjoy an interesting story and beat up ancient Chinese evils, this could be your ticket. It requires very little of your personal investment, unless you wish to pay, and you have to do almost no work until the end game. Even then, it is ultimately going to be a question of “pay or grind.” I like the idea they have put out here, and for someone just looking for a little bit of a way to waste their time at work or at home, even if it’s waiting on another game to load or a matchmaking queue to happen, this is right up your alley. You “can” use skills and abilities, but I saw no problem in leveling just letting my autoattacks go, swinging my axe through evil elementals and deadly soldiers. 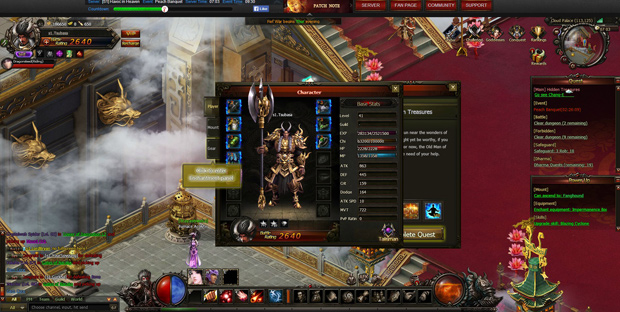 This game is still in beta, even though it’s an open beta. There are perhaps still things to do, and bugs to fix; one thing I do hope gets addressed is the horrific load times of the backgrounds. While they are gorgeous to look at, if there are too many people on the screen, the map is incredibly pixelated until it has a chance to load up and show you just how marvelous R2Games’ work is. For people who are fans of microtransaction games, people who feel more liberated when they can pay for things whenever they want, and get ahead, this is pretty standard fare. People who pay will have an edge in combat and in PVP. You can of course, simply play this game in your idle time and find enjoyment, if Ancient China is an era you love.