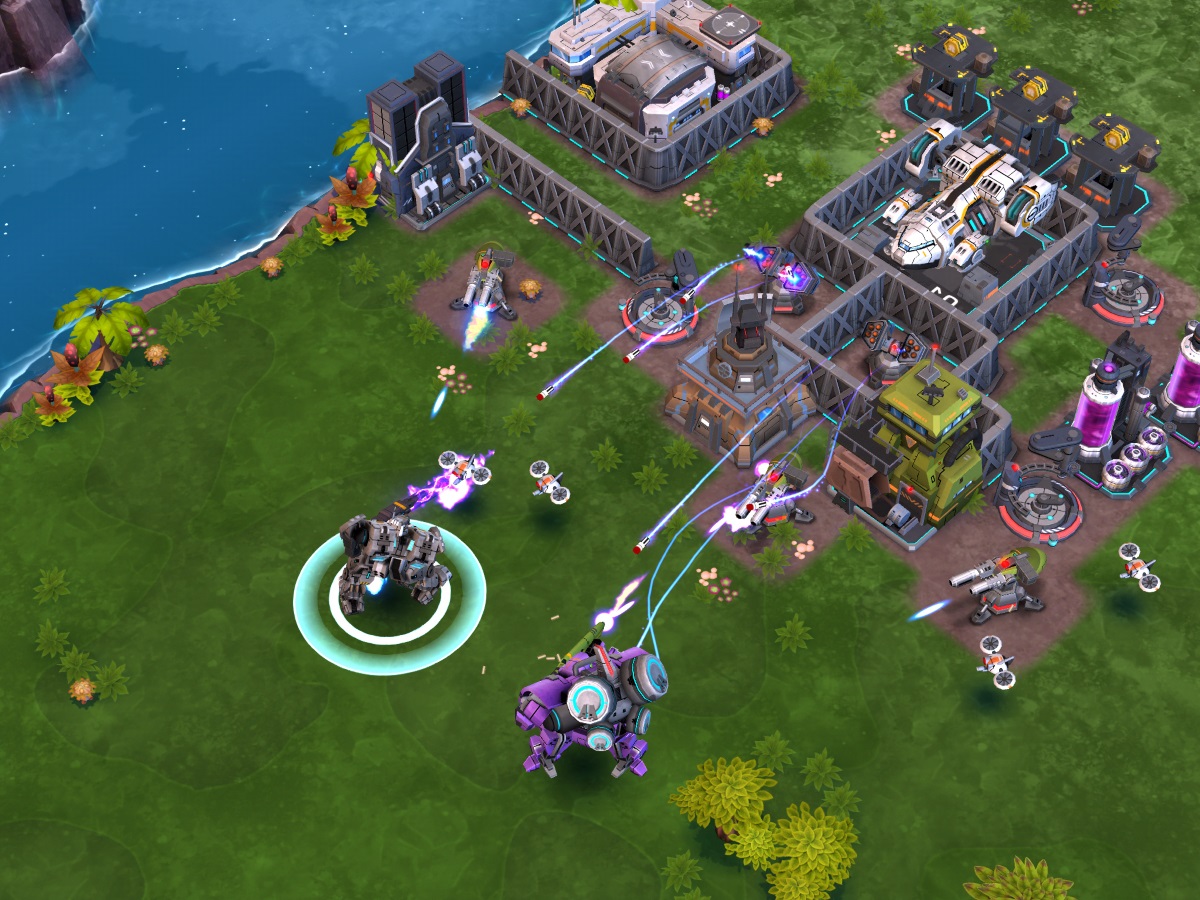 Flaregames, a leading international developer and publisher of F2P mobile games, today announced that Dawn of Steel, a deeply tactical strategy game for iOS devices, launches in late August 2015 in Western markets. The game is currently under development at Superweapon, Los Angeles, a young studio formed by veteran game developers who worked on prestigious strategy game franchises like Command & Conquer, Empires & Allies, Company of Heroes, and The Lord of the Rings.

Dawn of Steel aims to capture the essence of the real-time strategy genre for mobile devices: Players assemble squads of gigantic piloted battle walkers, called Rigs, and direct them on an assault of enemy fortifications. Success depends on tactical prowess, quick decision-making, and precise movement. This is assisted by the intuitive direct-touch control scheme that lets the player feel the mechanized power he’s controlling. To defend against these mighty armored behemoths, dealing destruction with surgical precision, is no easy feat: Players have to use cunning, strategic foresight and, again, tactical thinking, as base-building in Dawn of Steel is more than just unlocking and placing buildings. Commanders get to utilize stationary weaponry, which must be arranged carefully to maximise damage with overlapping lines of sight, and can launch automated counter-attacks through the use of unit-spawning buildings. They must align buildings within the effects of auxiliary installations to maximize their defensive potential, and this makes for base-building that is unmatched in tactical depth.

On the lush surface of the planet Leviathan, corporate armies battle for control of Plasma, the most precious resource of all. And on this very battlefield, the fate of Earth will be determined.

Amer Ajami, President of Superweapon, says: “We aim to create a stunning mobile experience and are making some crucial last-minute tweaks during these last few weeks until our launch in August. The game has been in beta for quite some time, and thousands of enthusiastic players have been giving us valuable feedback, which we’ve been using to make the game better with every release. We’re convinced that both newcomers and hardcore strategy players will love Dawn of Steel and its unique style of play.”