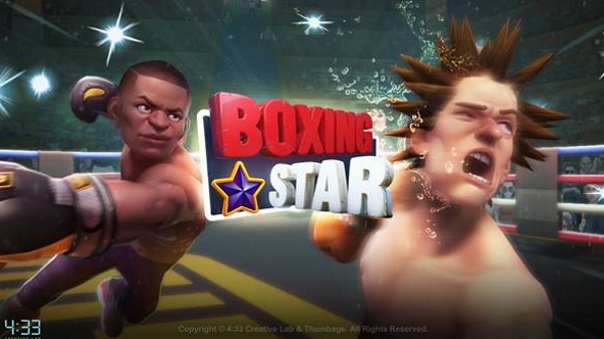 4:33 Inc. announced today that their mobile sports game, Boxing Star is now live on both iOS and Android devices. It promises an immersive Story Mode where players fight through unique challenges and will be put to the test in each bout. Pitted in the ring against their challenger, the player must tackle these opponents with their own unique fighting styles and skills, and can improve their characters core skills through a skill-set upgrade system. Through this, they can master their jab, hook, and special moves. It also has a deep character customization system, allowing you to make the boxer you desire to represent you. The game’s music is an element that will keep players pumped throughout the fight. The game features four powerful hip-hop music from three underdog rappers. C.Cle, C.Swag, Pinnacle TheHustler and BOiTELLO each added their own swag to Boxing Star’s soundtrack. To celebrate 1 million pre-registrations, Boxing Star is giving out Joe King’s rare edition boxing gloves for your boxer. Boxing Star is now available on Android and iOS platforms in 140 countries.