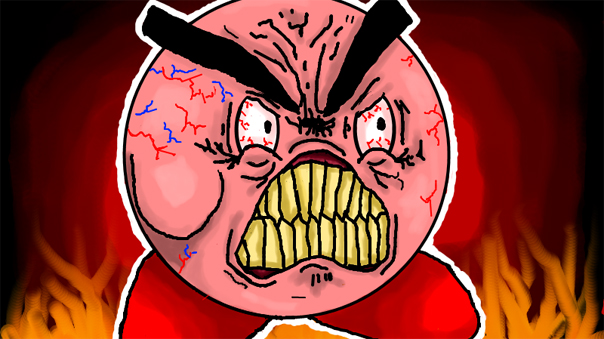 Some of us have been playing online games for a while now. Most of us (I assume) have been living in reality for a while as well, and we’ve probably become aware of little unspoken rules and codes of behavior that apply to us when doing a social activity. Some of these are codified as laws (don’t murder people, don’t steal stuff, don’t kidnap your neighbor’s dog, etc.) and some of them are simply expected politeness and courtesy (cover your mouth when you cough, don’t yell in a restaurant, don’t stare at boobs, etc.). The realm of MMORPGs is much like this. Certain behaviors like harassment are prevented by GM enforcement (we hope), while other behaviors are rude and don’t win you any friends, but aren’t exactly breaking the rules.

What unspoken rules exist vary from game to game. Some games are open PVP with corpse-looting, and so these games are essentially nothing more than frightening, lawless swamps inhabited by bandits and teabaggers. This is a less common model, these days, for what I hope are obvious reasons. Not many people enjoy having their relaxing game-time interrupted by having their character trampled to death by a horde of axe-wielding centaurs in a guild called “t3h h4xx0rz r3p0rt.”

There is no such thing as etiquette in these games. Like a hostage with stockholm syndrome, you’ll find yourself thanking people for not calling you “lol gaynoob” and crouch-humping your ruined body. Of course, some guilds might form bastions of civilization, but in my experience, the shameless, barbarian hordes will always outnumber the honorable, civilized folk.

Then you have the WoW-style MMORPG. We’ll assume everyone reading this knows what I’m talking about. Etiquette in these kinds of games is as simple as “don’t ninja loot” and “don’t kill-steal.” At a glance, we might think that a game with rules as strict as this have no opportunity for a lone lunatic to cause mayhem – in general, you’d be wrong. Sure, you could argue that getting blacklisted is a huge deterrent against bad behavior, but that doesn’t stop people from doing things like joining a guild, building up trust, and then cleaning out the guild bank, only to disappear like a thief in the night.

But of course, you ruin your credibility as a player. But, who cares?! It’s just a game. Lolz, look at those noobs scramble and rage!

I am not endorsing this behavior. I think.

Then you have everything else. The match-based FPS, if it has voice-chat, appreciates it when you don’t abuse this privilege and scream into your microphone like an alarmed rabbit every time a flag is being captured (have you ever heard a rabbit scream? It sounds a lot like an angry 13-year old boy squealing). RTS games like Starcraft? Always end the match with a “GG.” Same goes with League of Legends and others. Don’t be a jerk and mock a downed opponent, and don’t be an ass and complain when you lose.

Really, it all just comes down to walking a fine line between remembering that it’s just a game, and that also, there are thousands of other human beings behind those avatars with some degree of investment in what’s happening.

Tl;dr version: Don’t be a dick.