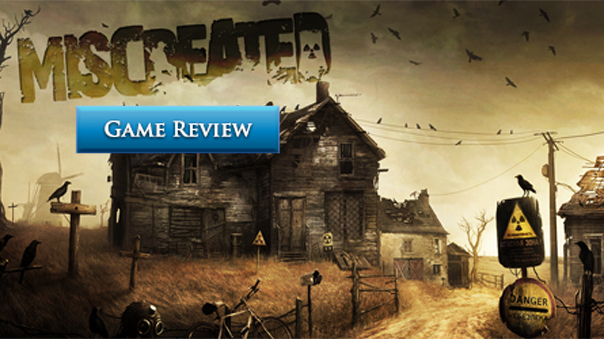 Over the years we have seen a lot of hardcore survival games in a post-apocalyptic theme, but only a few of them were really done well. Most follow ups to DayZ felt total cash-ins on a popular concept, and even DayZ couldn’t deliver on all of its potential when given the chance to become a standalone game. So go figure the one game getting the least hype and attention may be the one to have done the genre the best justice. Miscreated is the sandbox survival game I’ve been waiting for, and the devs are just starting to get warmed up.

I loved DayZ and won’t deny that it’s probably the game I sunk the most enjoyable hours into of any game in my library. This is despite the movements being clunky and zombies being near useless. But for all its faults, it had an atmospheric feeling to it that turned every minute of gameplay into a drug addled adrenaline ride. Miscreated is a game where serious fans of the genre took what worked well in DayZ and took off in a development sprint to run the metaphorical equivalent of the Forest Gump job across America. The first thing I noticed when jumping into Miscreated was the same atmospheric feeling I got when I first played the DayZ mod, and unlike back then, Miscreated doesn’t chug along like it’s trying to render the entire Universe unseen in the background. Clearly optimization is a core concept and not an afterthought in developing this game. Oh and it’s not well optimized because it looks like Minecraft either. Miscreated is the most beautiful looking game the genre has ever been graced with, without question. 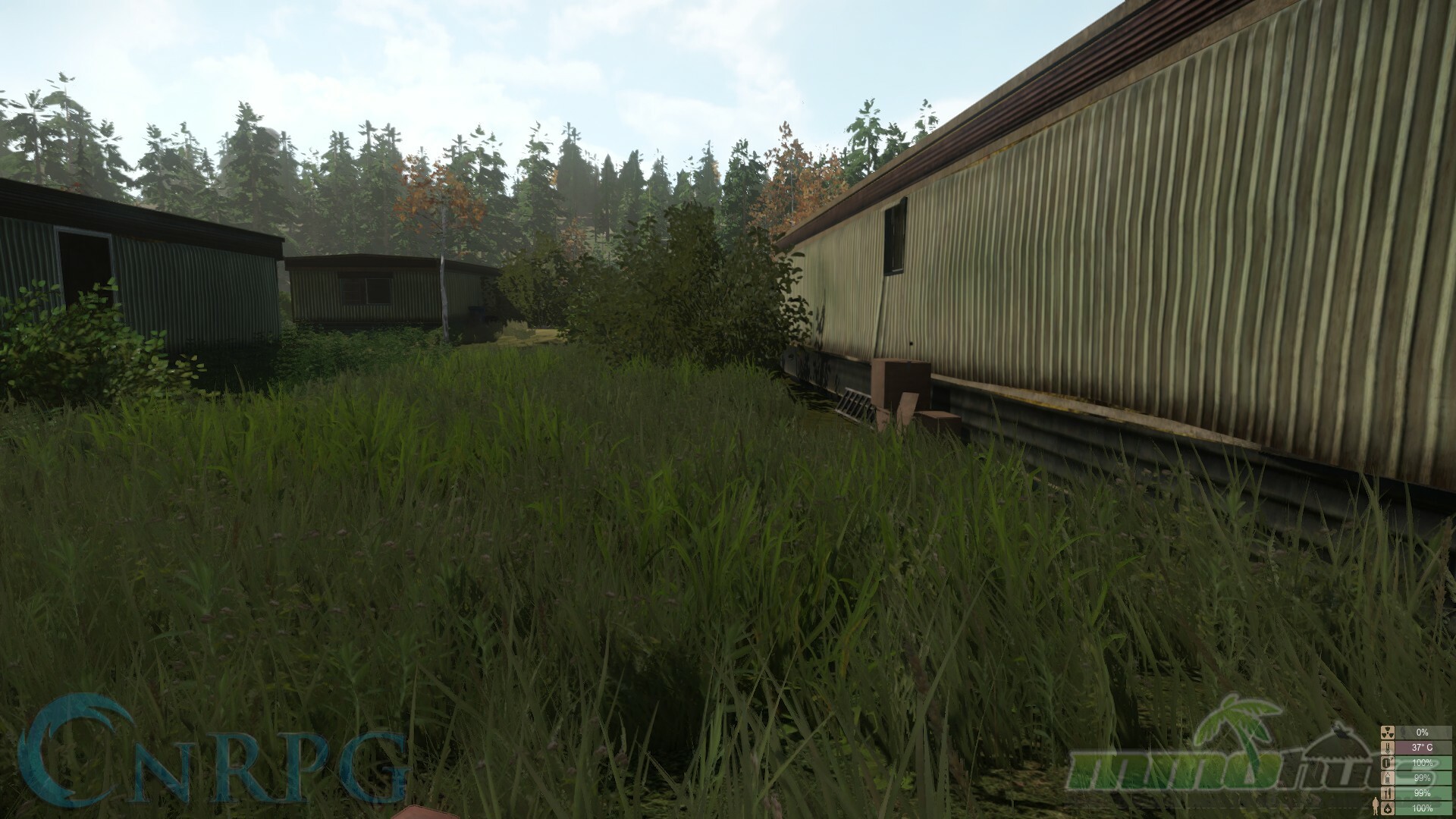 Perhaps the reason for this game’s success is its management wasn’t under the gun to quickly push out a cheap knock off to DayZ before its standalone version could hit the market. After years of development, Miscreated remains in alpha, offer constant new content and game improvements for its early access testers to try and report back on. I first jumped in about a year ago, and it was fun but not as fun as the more finished survival shooters. I thought it was just another game, trying to live on the hype of DayZ and would soon be forgotten or defunded. But something lit a fire under their asses and the last year has pushed the meager begins of Miscreated into a legendary state. The developers listened to the community and really polished the game.

I spawned nearby a trailer park and was absolutely flabbergasted by the beauty of this game. Right away I noticed the outbreak didn’t start just a day ago, and saw that nature has done its thing; most grassy knolls had grass roughly three feet tall, with every element of civilization degraded to an overgrown mossy mess. Inside the trailers I noticed the mess we as humans apparently created, and I had to look through every nook and cranny just to find me a can of food, and some sort of drinkable liquid to keep me alive. And you can literally find items everywhere – as far as I know the loot isn’t really set to spawn in set locations like previous mentioned games. So to my great joy, I found I had to actually search every corner and explore every nook to find the most useful items. 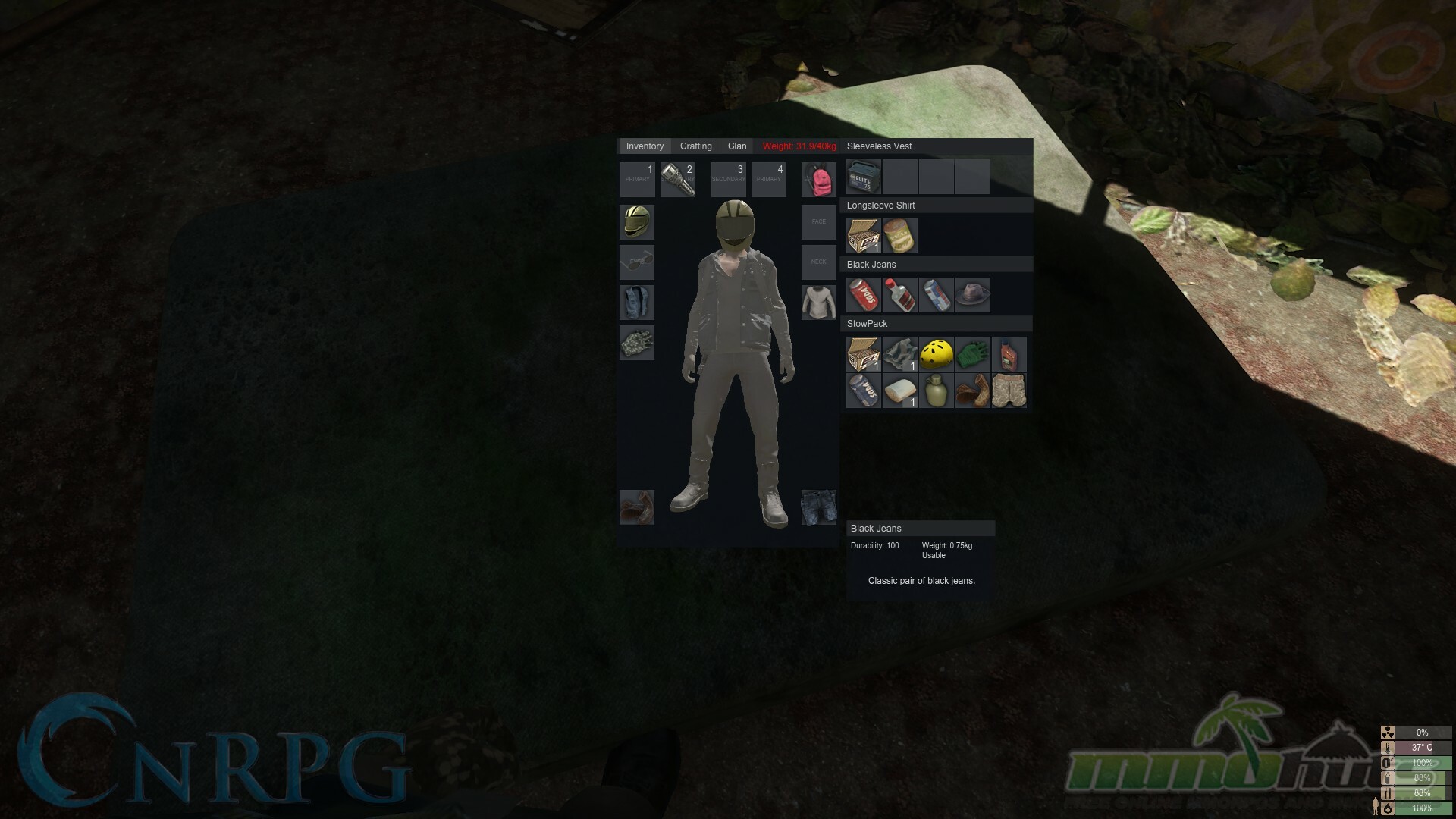 That moment when you realize this isn't America and none of the mobile homes have guns.

Once I was stocked up on some food and drinks, I decided to try my luck and find something that would help me carry more items. Luckily inside one of the trailers I found a backpack and it wasn’t long after that I confirmed how valuable it can be to have spare food and water to carry with you in this dangerous world. I also found a baseball bat and a hatchet to gather wood. While looting one of the trailers I heard someone close; besides the voice chat you can also talk in three different chat windows, Area, Local and Whisper. But since I was new to the game, and I had no idea if this person was friendly, I decided to stay hidden and let him pass. Knowing survival games, only a handful of people are actually friendly so for now I decided to stick to the shadows was probably the better approach to my first round of survival. After all I’m sure someone armed with an automatic weapon would love to find a walking loot sack with nothing but a baseball bat. I still remember my first day in DayZ… I’ll never forget it either.

The first impression in a survival sandbox game is the most important one, and without a doubt I already had an amazing impression of Miscreated. The game is not only visually stunning, but the gameplay is smooth. Some games simply do not focus on its engine, or use an engine that is just a bit clunky. But in Miscreated moving animations and controls work flawlessly, with a control scheme designed after ARMA to let new players from their target audience easily adjust to the game. You can even jump with your space bar! What an amazing age we live in! All jokes aside, Miscreated controls like any solid arena shooter would, and that’s a bit of a surprise, as finding a gun to test this theory is no easy task. 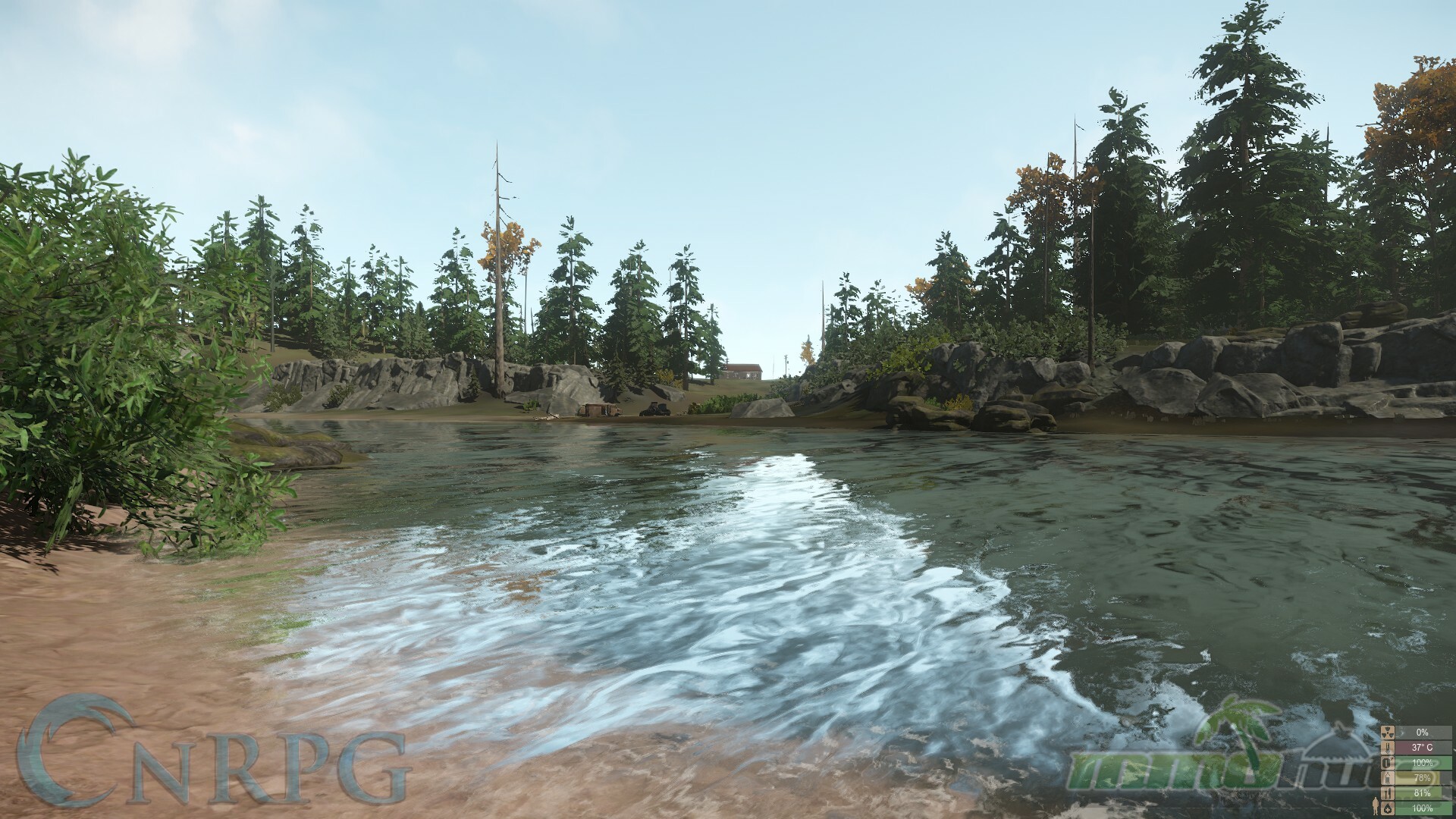 Those rare moments of safety and tranquility can really be quite beautiful.

After two hours of playing I managed to find a pistol, left in an office building that had clearly been ransacked by another player recently. But this new pistol I found didn’t come with any ammo, and it took me a while before I found even half a clip hidden away in some cabinet. Despite rocking a meager five bullets, I felt like the luckiest man in the apocalypse. Most likely because I was half dead from a close encounter with a zombie moments before, and realized the limitations of how far a hatchet and bat were going to get me in this world. Zombie AI isn’t the smoothest I’ve come across, but what they lack in smarts they make up for in ungodly durability and power. Once a zombie notices you, you simply cannot hide – the zombie will pursue you until your face is literally in their throat. Luckily in my endless search for a weapon I had stumbled on a bandage, so I was able to patch up the wound to the point I would survive. 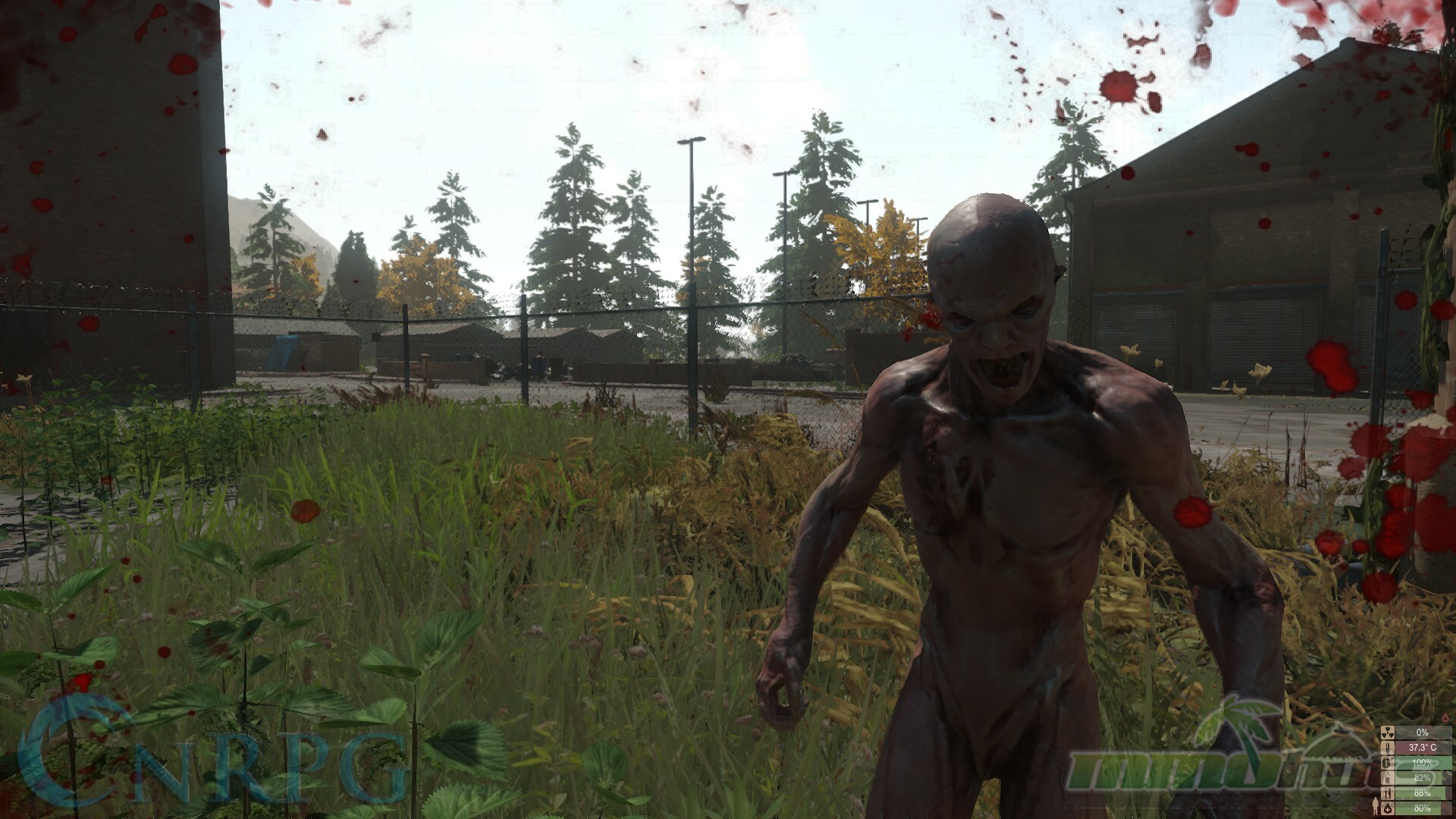 They might be dumb, but when they can take 5 or 6 hits to the skull with a baseball bat, their intelligence isn't really a hindrance.

I arrived at one of the bigger cities, and was absolutely amazed by the view. Every little shop, every house around and just every single building, garage or container was fully fleshed out inside, often with hidden loot. This meticulous attention to detail pushed immersion on me like I’ve never seen before in the genre. After another hour of gameplay I still had only managed to explore the tiniest fraction of the massive cityscape. The pure scale and polish of the world made it clear why Miscreated has been in development for so long. Combined with the randomization of loot, the already massive world feels ever larger as you will find yourself spending far more time in each room you discover, always watching your back to ensure it isn’t the last room you discover. 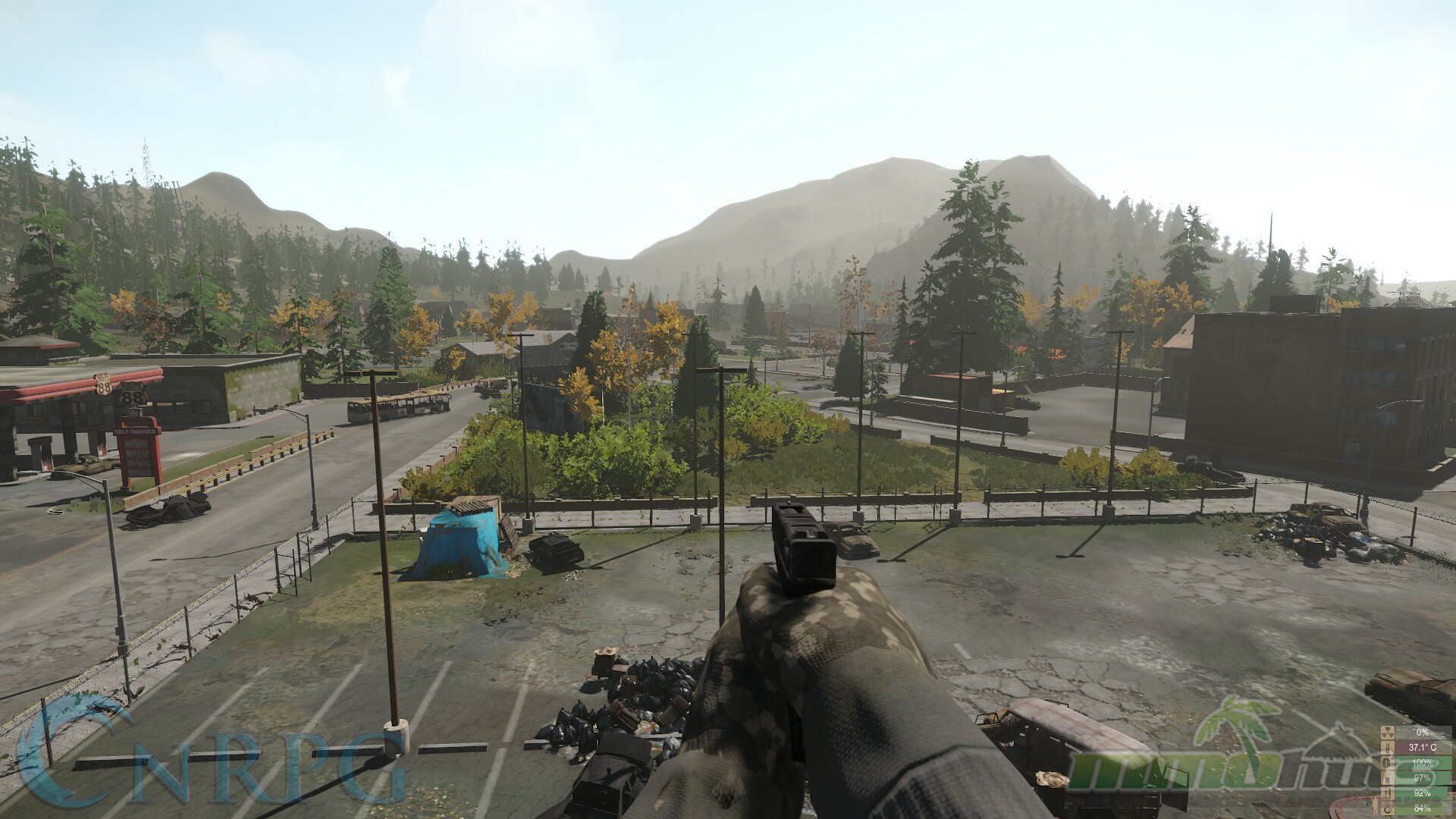 Sanctuary at last. But for how long?

Current State of the Alpha: Excellent (5/5)

The size of Miscreated has its positive and negative aspects. If you’re into sandbox survival games for the run and gun gameplay, you might be disappointed as it is pretty rare to run into another player in this vast winding world. Still if you’re more for the atmosphere and feeling of discovery, Miscreated delivers on both elements fully. I’m in this camp and am hopeless hooked to the game even after a few weeks of playing. You would expect me to be burnt out on the genre after reviewing four knock off versions of DayZ by now, but Miscreated brought me right back into the initial feels of my first zombie run. I’m not sure what more I can say to win you over and buy this game – gameplay and visuals will meet and exceed any expectations you have. Love zombies, love the setting, love having more than 10 actual frames in a city? Then what are you waiting for, and get this game now!