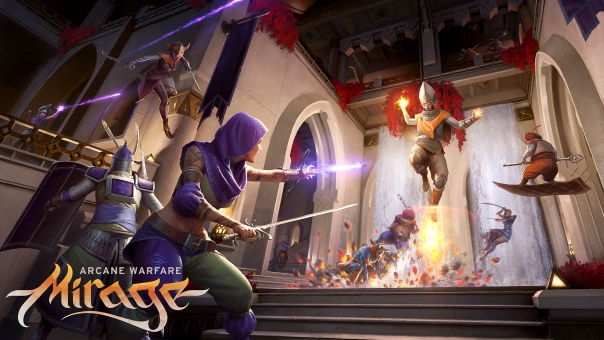 Torn Banner Studios has announced that the closed beta for its upcoming combat action game, Mirage: Arcane Warfare, will begin on March 27, 2017.

The closed beta will last for a long period of time and will be open to players who have pre-ordered Mirage. It will feature six playable character classes including the new Entropist, ten maps across multiple game modes, automatic skill-based matchmaking, and a classic server browser.

Gamers can pre-order either the Standard Edition or Special Edition of Mirage for PC on March 27 and unlock special rewards. They include: