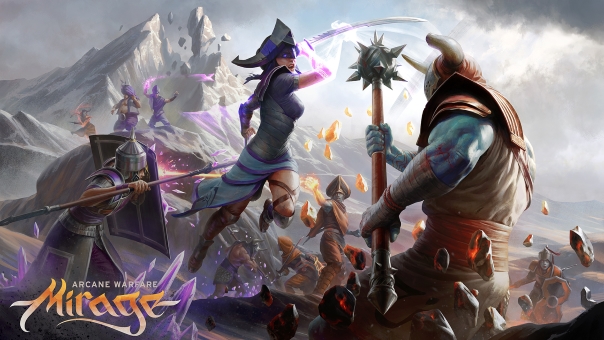 Torn Banner Studios has announced that two new levels and new gameplay mechanics for Mirage: Arcane Warfare will be showcased for the first time at PAX West 2016.

Once again, Mirage: Arcane Warfare’s multiplayer is set to thrill PAX attendees with its uniquely magic-soaked combat action featuring individual hand-to-hand combat infused with powerful spells. Players will also be able to try out new spells and moves from a select group of classes that will be found in the final game, as well as experience two never-before seen maps:

Mirage: Arcane Warfare is scheduled for release in early 2017.