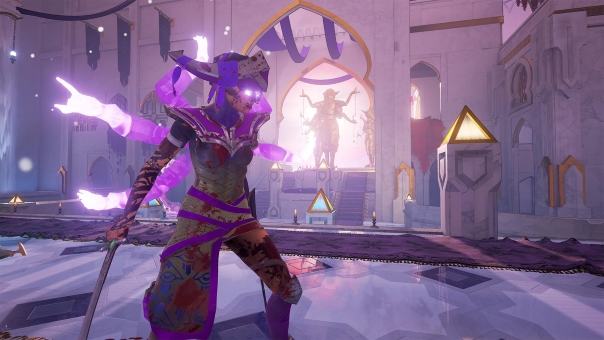 Torn Banner Studios have launched a refresh of the currently-running closed beta for their upcoming magic ‘n melee multiplayer combat game Mirage: Arcane Warfare. Live on Steam now, this update (Beta Patch 3) includes a series of gameplay tweaks and improvements implemented by the team based on feedback from current beta testers. In addition, the patch includes a full refresh of the game’s maps, removing the current line-up and installing a new playlist of levels.

A huge Character Customization system has also been added to the Beta, allowing players to equip special weapons and armor earned during playtime and make various aesthetic changes to their champions.

For more information on all of the changes coming to the Mirage: Arcane Warfare closed beta in the refresh, you can find the latest patch notes below.