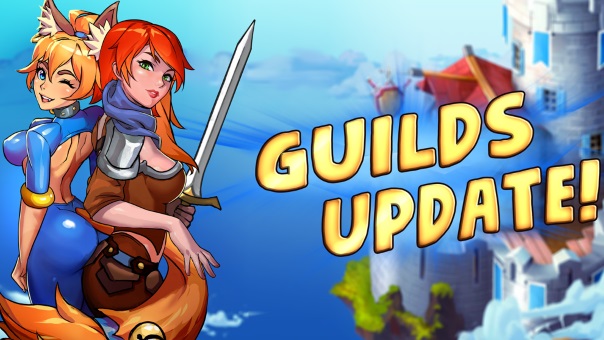 It’s almost time to immerse yourself in the battle royal arena of Pangea World in the latest Mighty Party update! The online CCG will have a Guild system where players can create guilds for whatever purpose they desire, as well as communities built around them. Guild Creation, Rating, and Chat are going to be added. Influence is a guild currency that will be used for Guild Wars and each guild member has their own personal guild currency called “Contribution” and can be obtained from these guild wars. The amount depends on how much personal participation from each guild member. Medals are being added for different achievements, and a “Grand Master League” is a new level of the PVP ladder that only has 100 slots on it. The top 100 of legendary will be moved to Grand Master on Sept. 1st. Legendary League can also be lost, now. Players with less than 110000 Fame will be moved to League 2 as a result. Players can also look forward to “Events”, each which will be dedicated to specific cards and an additional map with different tasks/special currency will be activated during it. It’s certainly an exciting time for fans of the CCG.