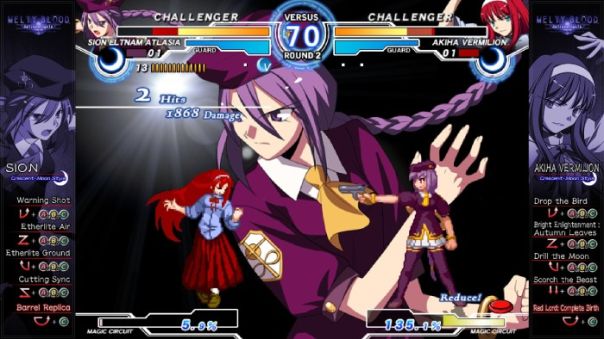 Developed by FRENCH-BREAD, Melty Blood Actress Again Current Code is the latest iteration of the 2D fighting game featuring an eclectic cast of 31 fighters from the Melty Blood universe based on the visual novel. The game’s events take place one year after the TATARI incident that left Misaki Town scarred.

Melty Blood Actress Again Current Code Features 31 fighters in the game with each of the unique fighting styles (Crescent Moon, Full Moon, and Half Moon.), Arcade Mode, Training Mode as well as Local and Online play, all for the price of $24.99 with a one week 20% launch discount.
For more information please visit the official website: http://arcsystemworksu.com/game/melty-blood-actress-again-current-code/, or the Steam store page: http://store.steampowered.com/app/411370