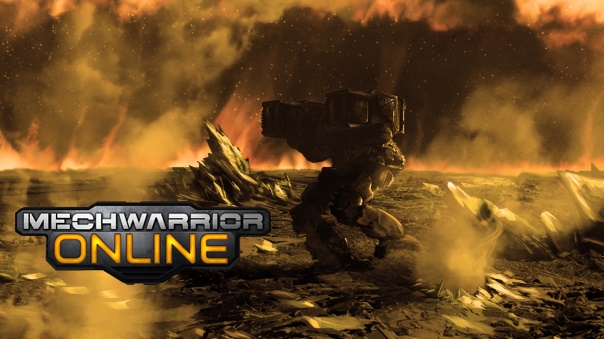 Who doesn’t like to jump into a giant robot strapped with missiles, lasers, and other ballistic weaponry to make other robots explode? The BattleTech universe is perhaps one of the most interesting concepts for a young boy’s dream. While playing around with Orcs and Elves in a fantasy setting is fun, when everyone creates their own universe around this idea, it gets stale pretty quickly. But war? War never changes, but when you have giant lasers strapped to your arms, and your torso has built in missile launchers, it sure as hell becomes a whole lot of fun. Before you jump into your first Mech and obliterate everything in your path, you must first become accustomed with piloting these huge hunks of metal.

Operating a mech isn’t really as simple as you might think it is, or as it might look. It isn’t as simple as moving around in any first person shooter; it is somewhat similar to operating a tank. The feet and body are separate from each other, meaning that you can have your feet align sideways, while your torso is still faced forward, allowing you to move around easier on the battlefield and play around with your frontal armor. Since each component on your mech has its own defensive value, you can spread the damage evenly if you pay attention to your armor and play around with your rotations. Since there isn’t strafing, you can sometimes be completely surprised in battle when you have to move away quickly, and become disoriented when trying to bail. But these mechs were made with that in mind, and for every button you will find in your cockpit, there is some way to control your mech however you desire so that you can always align your legs and torso in the same direction so you can quickly orientate yourself out of any situation.

The tutorial for MechWarrior Online is very in-depth, and the academy teaches you everything you need to know to get ready before being dropped on a battlefield and having to dance around with other mechs. If you have played any mech game from the BattleTech universe before, you will be familiar with the many different types of mechs that each have their own specific role. There are four classes in total: Light, Medium, Heavy, and Assault. Each mech falls under one of these specific classes, and as you might guess, each class plays different from one another. While a Light mech has high speed and is very nimble on the battlefield, it obviously doesn’t pack a whole lot of firepower and you have to be careful in choosing your fights. The Medium mech is a bit of the in-between model, that can be used in almost any situation depending on the weapons you’re carrying. The heavy is a bit like a tank, that should focus on getting hit the most, while doing a lot of damage himself. Finally, the Assault is an even heavier mech that packs a lot of firepower.

Now this doesn’t mean that you are restricted with what exactly you can throw on your mechs. Since any mech game is all about finding the best possible build that works with your specific playstyle, a lot of testing is required to find whatever works for you. If you want you can even strap a lot of firepower on a light mech. But before you go wild, and try to fit everything on your mech, you also have to make sure your mech doesn’t overheat after firing once. The overheating mechanic is the mechanic that balances everything in this game, and obviously plays a huge role on the battlefield. You cannot simply just storm into a group of enemy mechs and hope for the best, because after firing your weapons your heat will go up. When you reach maximum heat your mech will shut down for a brief moment, trying to cool down everything. During this moment you are stationary and great target practice for everyone around you. Customization of your mech is very in-depth and as you can imagine it isn’t simple as it looks. And while you might think you have created a very successful load out because you were invincible in one battle, the next might be completely different and you could be the first to explode.

Since there are different mechs, each with a lot of different unique models that also have their own specific load outs, the customization becomes very in-depth and you can never have enough mechs stored. This can be seen on the battlefield; you will notice a wide variety of different models and it is very easy to lose track on what specifically each model excels in. While you can have a general idea of what a specific model is designed to do, the enemy could have customized it entirely different and you can still be surprised when there is a mech standing in front of you, and you wonder where your arms have gone off to.

The damage model is a very interesting thing to play around in MechWarrior Online, or any mech game for that matter. Most models have a specific concept in mind for their role is in battle. So while most of the heavier mechs usually have their weaponry around their torso, the rest of the bunch can have it all over their body, and sometimes even mainly on their arms. But since the damage model allows you to walk away from a fight, with your arms blown off, you sometimes cannot fire back anymore and are essentially useless. This also means that the torso is the most important part of your body, not only because without it you will be nothing, but the cockpit is also around the torso and it is your most vulnerable spot. This doesn’t mean that you should always be trying to hit the torso, because it is usually also the most defensive place on a mech. You could also just focus on the legs, to make sure that the mech isn’t as mobile anymore.

MechWarrior Online is a game that attracts a lot of fans from the BattleTech Universe. Most people you will find in this game are very passionate fans and know each model by heart. While jumping into a fight is incredibly fun, having the knowledge is very important and you can tell that the community is full with people that really care. When joining a fight you are placed in a squad with others, and you can even talk with each other through voice to communicate your plan of attack to become victorious. After a full weekend of blowing up mechs I must say that this is the most friendly community I have encountered in a while.

Since the game is already several years old, you would think that the graphics aren’t as beautiful anymore, but that is flat out wrong. MechWarrior Online is a beautiful game, and the landscapes you sometimes have to fight on are absolutely perplexing at times. Combined with the sound, that also has had a lot of work put into it, makes MechWarrior Online a rich experience of what BattleTech games are all about. Each mech sounds different in their cockpits, and they also have unique looking cockpits and animations to go along with them. So if you are looking for some eyecandy while playing, you can really appreciate all the small things this game includes, and all the different camera and vision modes.

MechWarrior Online is an amazing game for every mech fan. The game has a rich variety of game modes and maps to play around with, and combined with the many mechs and model varieties, I must say this game is a must play for the BattleTech fan. If you aren’t a huge fan of mechs, but do enjoy blowing up what are essentially robots, you are still at the right place. MechWarrior Online offers an unique experience that no game has done so far. Since the game is completely free to play there is a bit of a catch, and just like many other lobby based games there is a premium option that will definitely help you out with your progress, but even without premium the game can be a lot of fun, and it isn’t a must have to buy it.

With a mature community, stunning looking graphics, and awesome gameplay I cannot rank this game any lower than a Great. While the game does come with its issues, mainly about the balance of specific builds, the whole community seems in agreement that it is one of the better BattleTech games released.