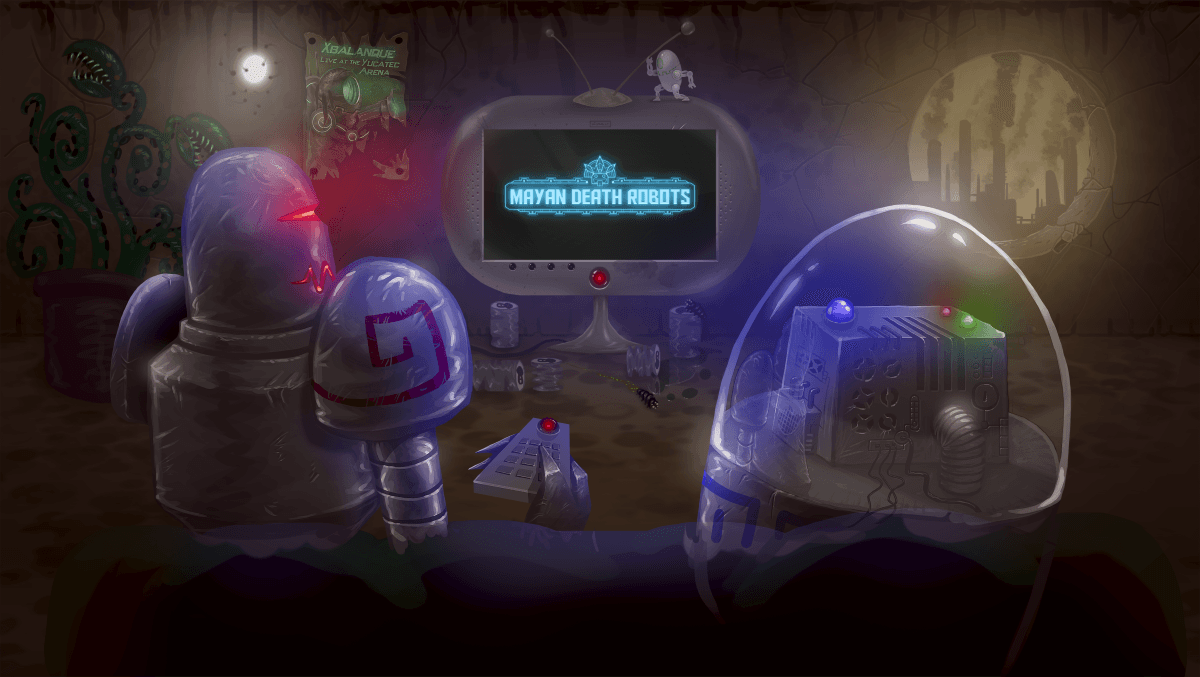 It’s with great joy that independent developer Sileni Studios announces the addition of single player versus AI battles to  Mayan Death Robots, joining the local PvP multiplayer already in the game. But everything has its price, and this time it’s online play which will no longer be in the game at launch. Expectant fans shouldn’t be downhearted – now they’ll be able to hone their alien robot battle skills during those quiet moments alone before they kick their friends’ asses into next week.

“We had to work out what we could do for launch with the resources we have, and online just wasn’t feasible right now, so we focused on the single player game,” said Karel Crombecq, chief punch bag at Sileni Studios. “We’ll see later what we can do with online, but for now work on the single player AI is going great and we can’t wait to get it into people’s hands at launch.”

Published by  Soedesco and heading to PC this autumn and consoles later,  Mayan Death Robots serves up mayhem-fuelled mechanized warfare in player vs. player battles with echoes of classic titles like ‘Scorched Earth’. Arm your robot, choose your target, and blast the Mayan crap out of each other.

In event news, YouTuber Jesse Cox personally selected  Mayan Death Robots for a public showcase with the Sileni team at his CoxCon 2015 event, taking place on August 1-2 at the Telford International Centre, UK. To find out more, visit http://www.coxcon.co.uk/ .