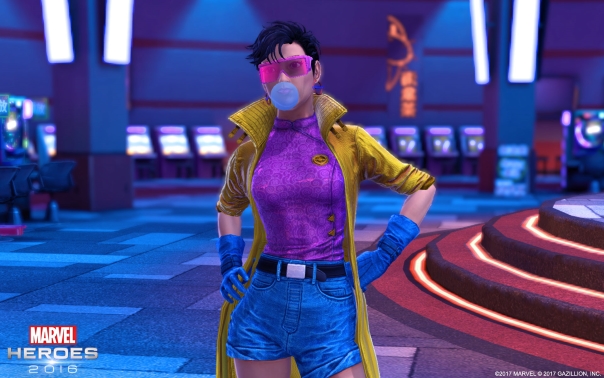 Gazillion Entertainment has announced that Beast and Jubilee are now available in Marvel  Heroes 2016.

Jubilation Lee (Jubilee) also joins the roster as a Team-Up character, which can be summoned to the fight with plasmoid attacks and explosive assistance.

Beast and Jubilee has been a true passion project for our team and we’re excited to release our first new characters in 2017. With the launch of Marvel Heroes 2016’s biggest update ever out the door, today’s debut also marks a return to focus on creating new content and bringing even more beloved characters from the Marvel Universe to life.