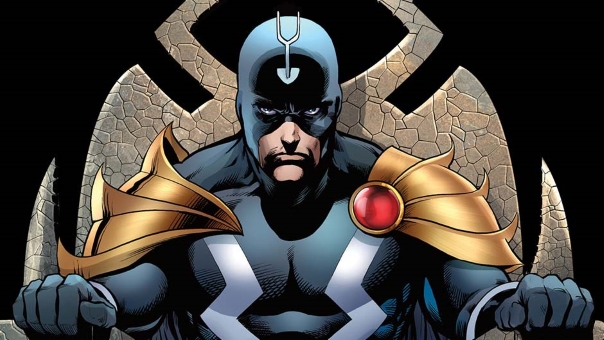 It’s time for another character for Marvel Heroes 2016! I had a few issues with the strength of The Beast, but I have to say, I don’t have any of those with Black Bolt, King of the Inhumans. The Inhumans gained their power from the Terrigen Mists and Black Bolts? His is incredible. It’s ludicrous. He has “The Voice”, and I don’t mean the TV show. He’s powerful, even for an Inhuman. He has no “sick quips”, which I think is delightful because anyone who is a fan of the Inhumans knows that his voice destroys people, Gods, planets. You name it, if he raises his voice, or even uses so much as a whisper, whatever happens to be nearby is obliterated. Simply speaking can level a city. Sure, his Royal Decree didn’t defeat Thanos, but he’s kind of a special case. They kept him incredibly true to character, and use a different system for building/utilizing power, at least as far as the characters I have played. I appreciate that he doesn’t even have thought bubbles, or internal monologue. I can see people complaining about that. . .

This speaks to his fighting style a great deal, and how one will likely build him. When gearing as you level, most people [myself included] just goes with whatever stats are the highest. Personally, I like items that offer damage reduction, health, and bonuses to energy damage. His highest base stat is Energy, so while he does have “physical” attacks, with his Scion of Attilan tree, the primary damage, the big stuff comes from his Inhuman Conduit tree. I tend to use one or two of the Scion tree, for abilities like Quasi-Sonic Barrier [turning it into Attilan Leadership], but you can really build for whatever style suits you. But without Infinite Points to increase strength, some of his other powers don’t really interest me. Then we have to look at the traits tree. My personal build is below. It might not work for everyone, but this one allows me to help friends, increase my damage, as far as the traits you have a choice for. 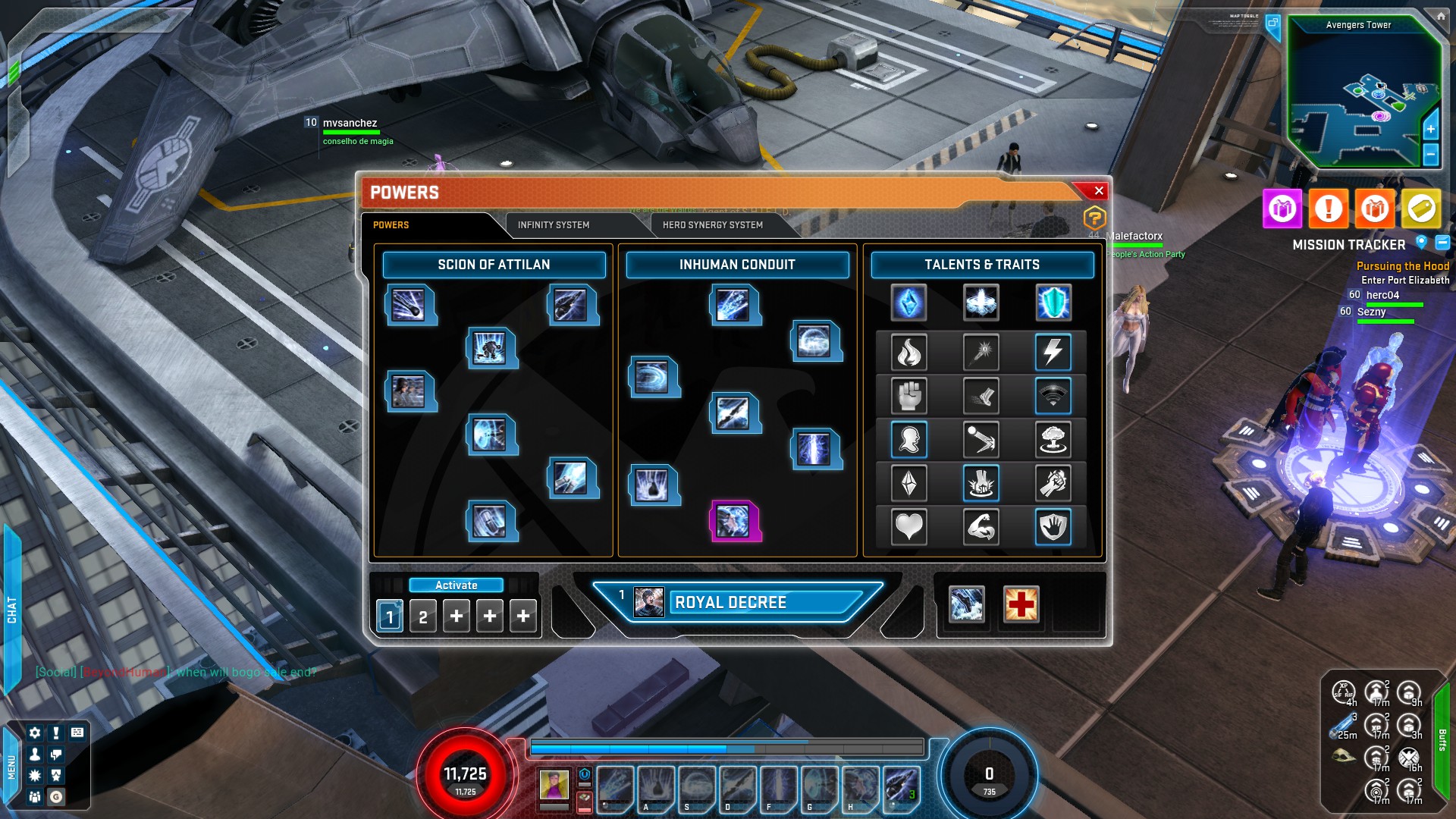 Then we get to the real fun stuff: His Ultimate. When you hit 60 you gain Royal Decree, releasing the full powers of your Quasi-Sonic scream [tired of the word Quasi yet?], completely obliterating non-boss enemies. Poof, gone! My current Royal Decree does 115k-172k damage to Mini-Bosses and Bosses, 10k twice per second [8 seconds], an irresistable stun, and 2 seconds of Invulnerability. Good lord, Black Bolt brings the pain! His level 25 Synergy is +3% Movement Speed, 50 is +2% Critical Hit. So that makes me want to build some more crit on him too. . . He started off just a little weak, but the more time I invested, the more damage I did. Killing Word made me happy, once I finally got it. It’s a weaker version of Royal Decree, and found that I enjoyed his different style. Most characters “have” energy and then deplete it down to 0. You have a ranged blast ability [Quasi-Sonic Bolt], that fires fast, moves through enemies, and builds Energy. You have other options to help build energy for more damage later though. Then you use your big damage abilities to melt things with Sonic power.

I’m very happy with how Black Bolt came together. This makes me wonder. . . will we see more Inhumans as the year progresses? What about an Inhuman teamup? Medusa? Crystal? The Unspoken? There are tons of options! As I get more in-depth, these reviews of characters should probably grow as well. He’s powerful, not an unstoppable tank machine, but you can build some gear to make him a bit less squishy. All in all, I think he’s incredibly true to form, but the King of the Inhumans is a bit lonesome without his squad here. I appreciate him not being 100% ranged damage, and having some physical options, but I didn’t really enjoy them half as much as I did eradicating foes with Sonic energy, or my Voice. You definitely need him if you play Marvel Heroes 2016. And if you don’t, you need to!