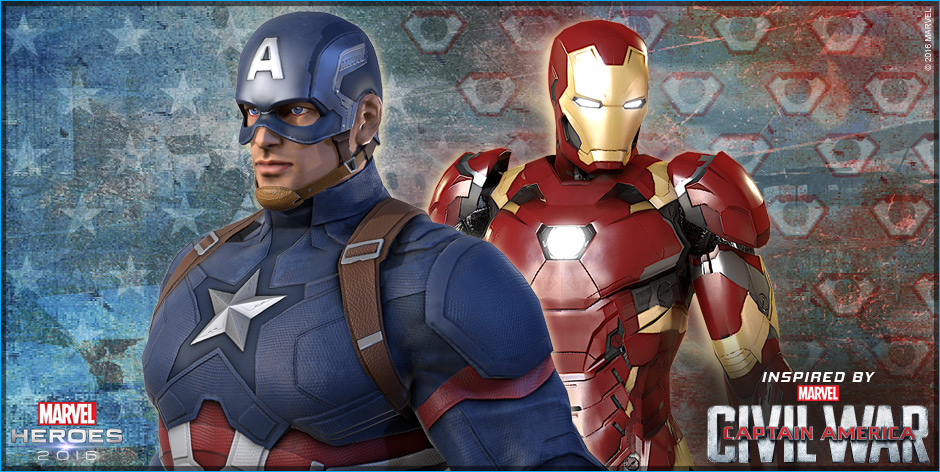 Weekly content updates throughout the rest of May will result in further film-inspired releases (exact dates to be announced):

In addition to content inspired by Marvel’s Captain America: Civil War, the brand new opening to Marvel Heroes 2016 makes now the perfect time for new players to suit up as any of the game’s 57 playable Super Heroes and Super Villains. Gazillion has entirely replaced the former introductory bank robbery scenario with a much more dramatic, cinematically influenced situation that would feel right at home on a movie screen. Now, the game introduces everyone to its mechanics through gameplay featuring three different playable Avengers – Captain America, Black Widow and the Hulk – as they team up to save Times Square from an Ultron invasion. Even better, many new players will no longer need to wait out a huge download, as InstaPlay streaming technology from Ubitus Inc. allows for immediate access.

“A huge movie release like Marvel’s Captain America: Civil War demands that we keep pace with an equally huge update to Marvel Heroes 2016 – and whether you support Team Cap or Team Iron Man, we’ve got plenty for you to sink your teeth into,” says Jeff Lind, Gazillion’s Chief Operating Officer. “Also, with our new player experience launching today – and with no more download wait for many U.S.-based players, thanks to Ubitus’ InstaPlay technology – the game has never delivered such an immediate immersion into the Marvel Universe. If Marvel Heroes 2016 hasn’t won you over yet as a new player, all of this great new content just might do the trick.”