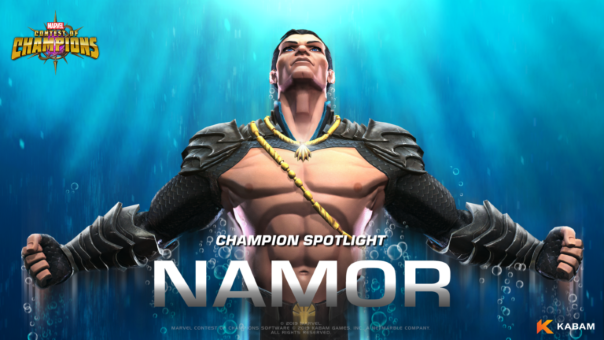 Bio: To both heroes and villains alike, Namor has been a mighty ally and a formidable foe. The Short-tempered Mutant King of Atlantis will stop at nothing to crush anyone and anything that threatens his Kingdom and its people. No matter who you are or what your intentions may have been.

Namor is a highly offensive attacker. He passively generates stacks of Outrage over time and whenever he fails to apply a Debuff to his Opponent. Once his Outrage reaches a certain threshold he can activate IMPERIUS REX, granting him an instant burst of Power and allowing him to activate multiple special attacks back to back.