Marvel Contest of Champions Adds Ronin to the Roster 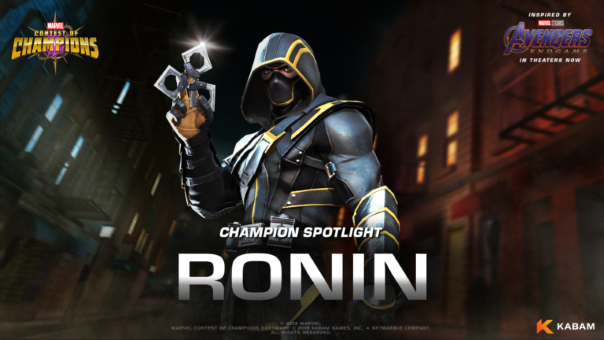 Marvel Contest of Champions brings the former S.H.I.E.L.D. agent Clint Barton to the battleground, as Ronin! Ronin is a darker Clint, a lawless assassin who brings criminals to justice around the world in violent, permanent ways. Ronin is a damage dealer who specializes in Bleeds/Critical Hits. He has three unique Stances to let him switch combat abilities, and each Stance provides improved Blocking, Offensive Utility, or bonus Bleed Damage. Ronin gains bonus Critical Damage when moving through each of the Stances and will be able to strategically evade enemy attacks when he is at his deadliest.