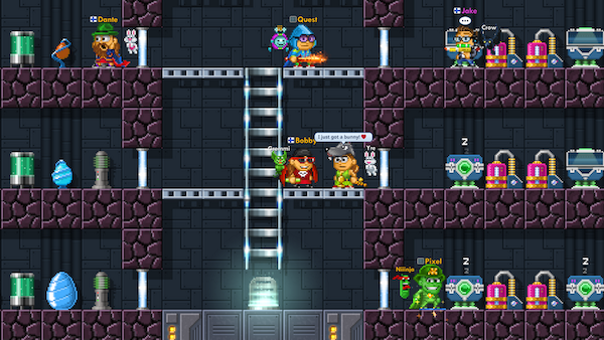 The first update to Pixel Worlds is here, and it adds a fun new system, in the form of the Familiar System. It’s akin to a Pet system; players acquire, grow and evolve four types of creatures: Gremlin, Bird, Bunny and Robot.  Upon equipping the familiar, it will faithfully follow the player around and will evolve through its evolution stages as it is fed. As the economy in Pixel Worlds is completely run by players themselves, players face several options to take advantage of the newly introduced familiar system. Evolving takes a lot of time and effort, and a variety of foods will go into the system, giving players the chance to specialize in raising/selling Familiars, adding one more detail to their intricate player market system.