Magic: the Gathering Arena Bans ‘Nexus of Fate’ in ‘Best of 1’ Matchups 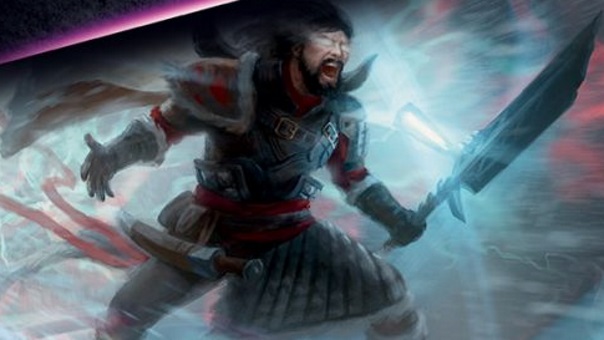 Magic: The Gathering Arena released a new update today, which added a few new features, such as “Resolve All”, and the ability to challenge friends through Discord. But the biggest change has to be to the card Nexus of Fate. While it hasn’t been making waves at major tournaments (despite Turbofog coming back to life thanks in part to Nexus), it is an incredibly frustrating card. This is not an issue in tabletop play per se’, because there are rules in place for looping, and you don’t have to wait for the game engine, or for the other player to click that they accept. Nexus of Fate decks win conditions are slow, plodding, and force the other player to wait inordinate amounts of time with nothing to do other than click that they accept various phases, changes, and card abilities. The following was stated in their blogpost for this change in Banned/Restricted cards:

“This said, there are also cases where Nexus sees play and resolves games in a non-disruptive fashion, which is why banning it has been debated for so long. For now, to reduce play disruptions, we’ve decided to ban Nexus of Fate in MTG Arena in Arena Standard (best-of-one) formats: Play, Ranked Play, and the Constructed event. We’re leaving it unbanned in all Traditional (best-of-three) formats.”

They are going to work on how the game engine handles frustrating cards like Nexus of Fate, but for the time being, this card is still legal for now. As of now though, Nexus of Fate is banned in Arena Standard Formats. Nexus of Fate is not banned in Traditional (best-of-three) or specialty Formats. The banned/restricted list can be found here, and the full blog post is linked below.