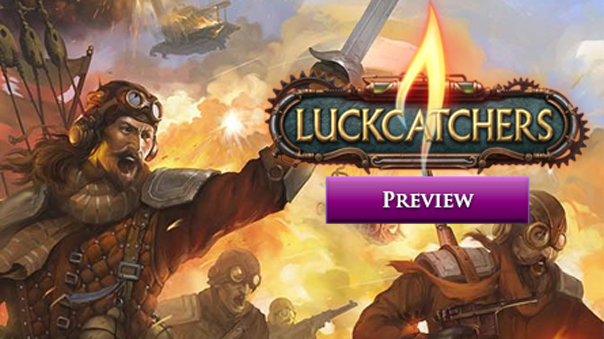 Steampunk games are always a really special experience in the gaming spectrum. There is no real set dominant force in the genre, so every creative can tackle it in their own style. When this is combined with a massive multiplayer world, I usually am sold before even trying the game. LuckCatchers is a game where you take fighting up into the sky, and will control your own aircraft and start your path to becoming rich and known. But before you do that, you will have to work your way from the ground up like in any RPG, and upgrade your simple zeppelin into a fighter plane or an amazing gunship!

LuckCatchers is a sandbox game where you basically can do your own thing. Do you want to be a trader, flying all over the world to sell your precious items? Hey if you enjoy that kind of thing, all the best to ya; you’re free to do so. But I am more of the straight into action type of guy. Give me a gun, and I’ll empty it in a second; give me a ship, and I’ll fly it straight into hell. Give me LuckCatchers… and I get completely lost. Unfortunately there is as much info about LuckCatchers available as there are tutorials available in the game (i.e. – None at all). When creating your character, you get to choose between the Humans and Orcs. This will only decide where your starting point is, and the reputation you have with the faction. But when you just pick up the game, you will end up doing the same thing at both sides. 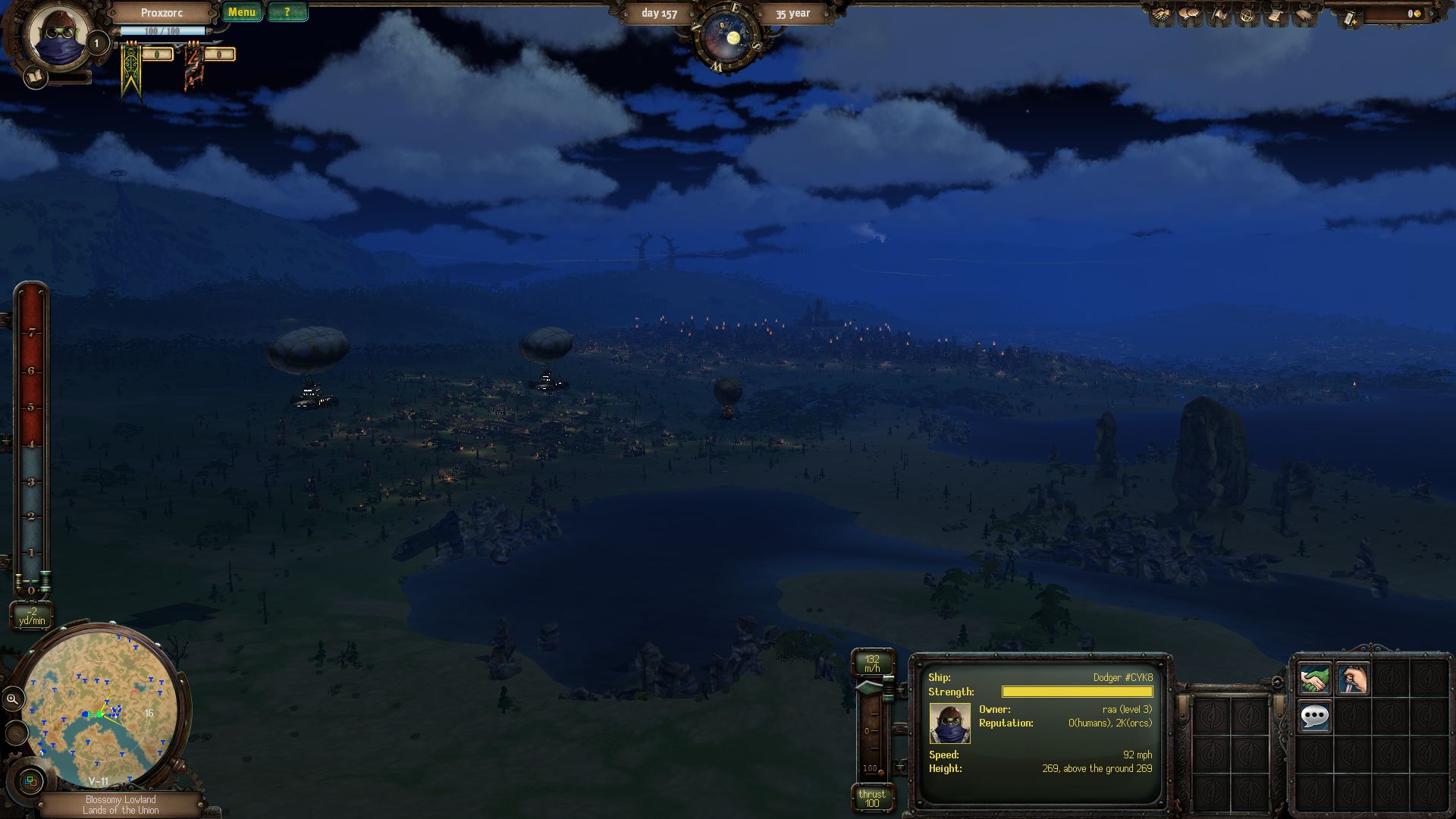 While the initial player experience is frustrating, it's also quite beautiful.

You frantically start clicking all the button on both sides, because you are thrown into the wild without knowing what to do. Unfortunately the game doesn’t really tell you much, and it can seriously scare away every new player to the game. The game is played like any strategy game you can think of. Your ship acts as a unit on your screen, and your unit has different keybindings in the bottom right side of the screen. This is where you will control your airship for the most port. With these buttons you can make your airship move, land and help you interact with all the settlements and other available options. LuckCatchers is a game that is compared a lot with EVE Online. I personally don’t really see it, but the principles that are put into the game are fairly the same. When you first start playing, it’s best to do a few trade routes. At most settlements you can choose between a few set of contracts that lets you fly around the area and deliver cargo to settlements. At your starting settlement you usually have a wide choice of contracts to pick from. And these cargo contracts basically let you get a feeling of the world and the dangers around you. It is also an easy way to earn some gold that you can then use to upgrade your character’s skills.

And this is probably where the comparison with EVE comes from. Training these skills take some time, some longer than others, and there isn’t anything else you can ‘learn’ while you train one of these skills. They also limit the game to you for what is available with your set of skills at that moment of time. The game basically throws you into the world, gives you a starter zeppelin and that is it. It is a pure sandbox game, with no tutorial or any other guide to steer you in any sort of way. The message from the developers is clear: it is your life, you choose what you do. So I went ahead and delivered a bunch of cargo to build up bank and train some of my abilities. Luckily once you get a bit more familiar in the game and train a few skills, you also get to fly multiple different ships at the same time which will help you ‘speed’ up the game in some way. But this takes time as sandbox games always do… 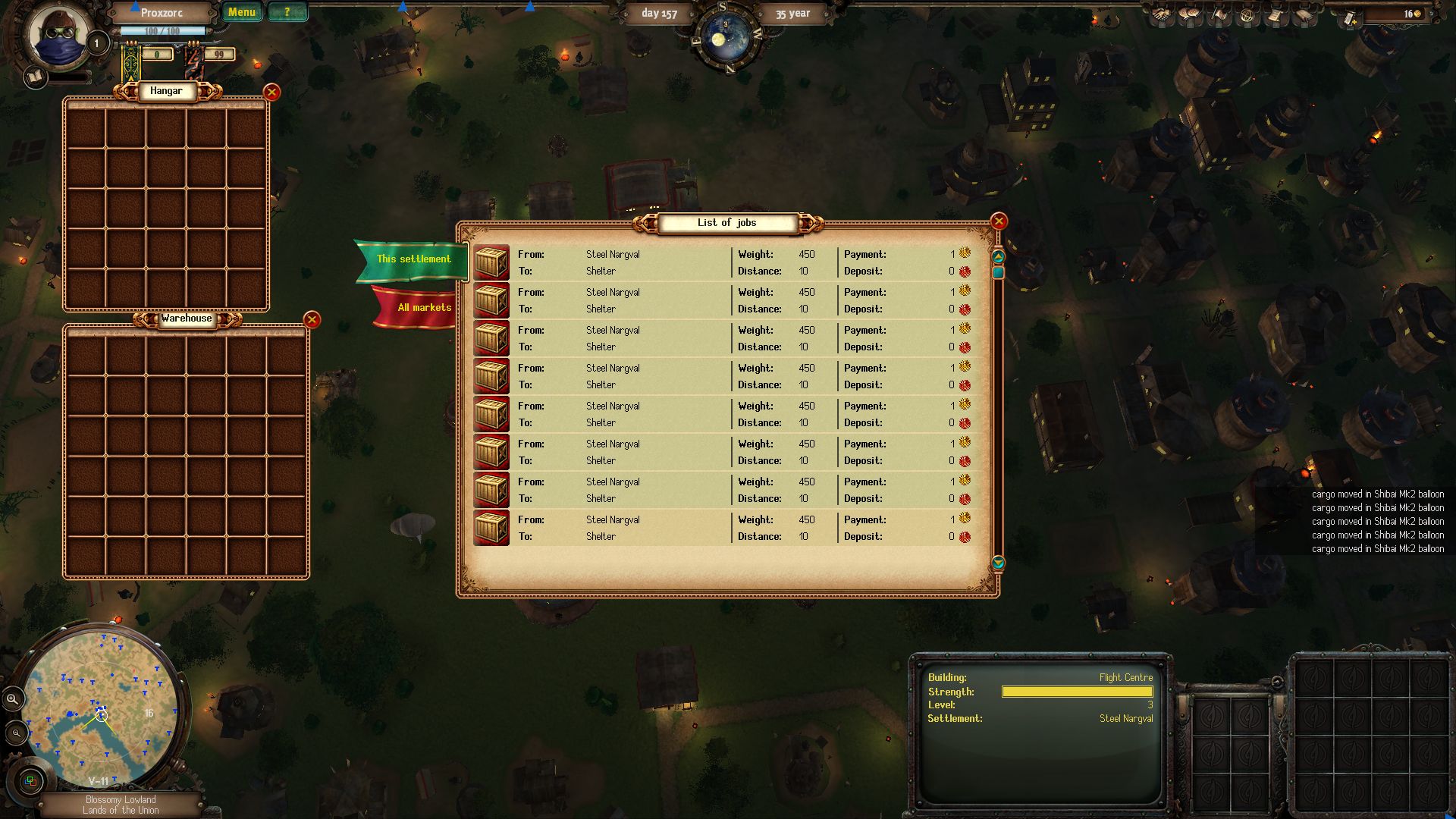 Get used tot his menu. It's where the gold gets made.

The world is full of dangers be it dragons, or pirates – there is always something out there that tries to kill you. The first thing you might run into when heading out for one of your journeys are the dragons. These vile creatures will do anything to set your zeppelin on fire in the name of teaching you the basics of combat. This isn’t a game where you just click on your enemy, and all your shots will automatically go straight towards the target. In LuckCatchers you will have to aim your shots with a crosshair, and this makes combat a heck of a lot more fun than other games that feel similar to this. But since everything is locked behind a skill tree, it does take some time before you see proper combat and want to risk going for it.

LuckCatchers is a really beautiful game, and for the extra eye candy there is also a really awesome day and night cycle put in place to give every adventure that extra special experience. Are you delivering precious cargo to a far city in the dark, and are there dragon nests on the route? Well you can’t see them except for when they are trying to set you ablaze. Flying over mountains, going into the clouds and slowly lowering down into this huge city can put a smile onto your face. LuckCatchers can be extremely pleasing to the eyes at times and seeing people flying far into the distance is also a welcoming sight in a sandbox games. There aren’t many sandbox games where you can actually see far into the distance, but when done right it really gives you this extra feeling like the game is alive.

Whatever dragon doesn't burn you down, is a good dragon.

But flying isn’t the only thing you do. You can also make settlements everywhere in the world. Now you cannot place them anywhere you like, but there are select spots you can find all over the world where you will be able to place your settlement, room permitting. But why would you want a settlement? Well besides giving you your own home base, settlements are actually really useful. All over the world you can find different resources, from food to iron, everything can be found while exploring the world. If you build your own settlement close to a resource. You can then store the resource in your own made warehouses for trade to gain some quick money, or use it yourself. 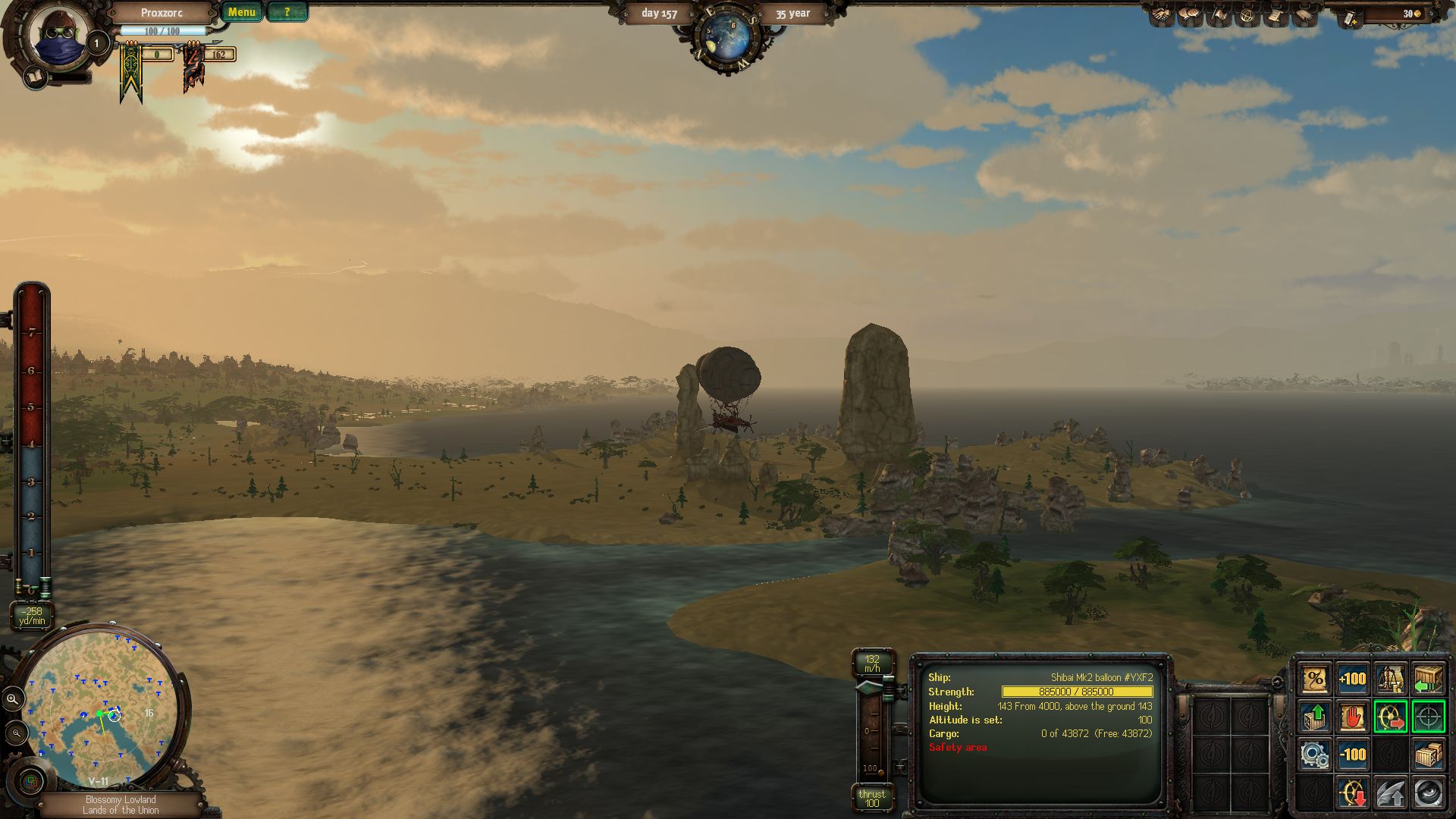 I foresee good things on the horizon for this game.

The game is a little rough around the edges. I think it’s best to describe LuckCatchers as a diamond in the rough that’s still digging its way out of said rough. I personally enjoyed the game, but there are a few concerns that withhold me from playing the game. Gold can be bought with real money, and since you need gold to upgrade your skills and speed upgrades, it does feel a little pay to win in my eyes. Besides this, the game simply is just a bit too difficult to learn. The first couple of hours you play are a disorienting mess as you scramble and pray your random cargo runs can survive. But you will quickly find out you need a lot of gold to get somewhere in the game, and most of the dangers ahead of you are a challenge you cannot take on right away. LuckCatchers has a lot of potential, especially since it’s a sandbox game in this particular style that no one has done before. Despite being compared to EVE Online, LuckCatchers stands alone in a unique niche.