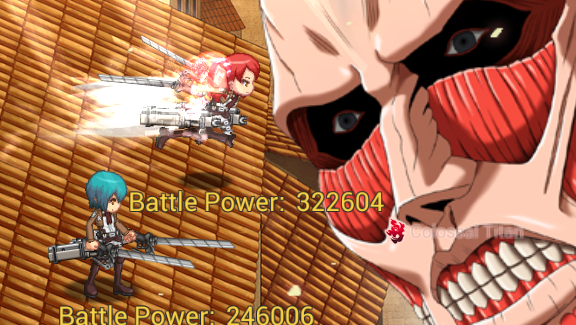 Aiming Inc. and Marvelous Inc announce a collaboration starting on June 15, 2017 between the Online RPG for smartphones “Logres: Japanese RPG” and the “Attack on Titan” anime.
Collaboration Quests to be opened!

In addition to Sixth Sense weapons that can summon Attack on Titan characters, you can get limited items like “Ultrahard Blades” and the “Scout Regiment Uniform”!

Collaboration Lotto to go on sale!