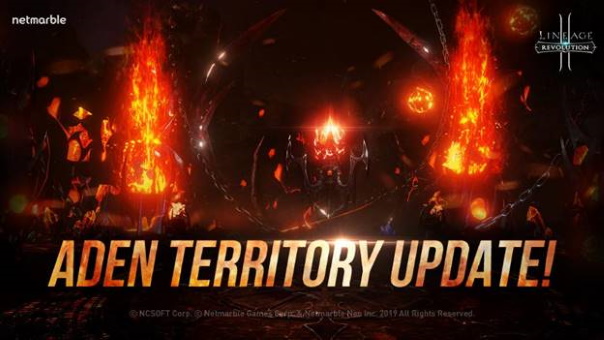 Lineage 2: Revolution has a huge new update today with the “Aden Territory” content drop. Three unique sub-regions await for players to travel through, with “Southern Plain”, “Land of Rage”, and “Eternal Resting Place”. There will be a variety of enemies to defeat there and pick up Accessory Beads. The Accessory Beads will be useful to strengthen characters further. Lineage 2: Revolution also added a new Temporal Rift, Spore Epicenter. Success will grant the “Mutated Roland’s Cloak” item. When equipped, attacks change to activate “Spore Pollution”, which afflicts targets with damage equal to 15% of physical and magical attack, as well as a 15% speed decrease/5% damage decrease debuff.

To combat the new humanoids in the game, there is now a “Humanoid Attribute” equipment as well as the new Talisman system, for players that under the Second Class Transfer. Talismans are collected while defeating monsters and bosses, as well as Elite Dungeons and Temporal Rifts. These can be equipped to offer additional stats and special attributes. Talismans can be equipped in special combinations for even greater effects, once the Talismans bond to the player.

Other improvements to Lineage 2: Revolution include: