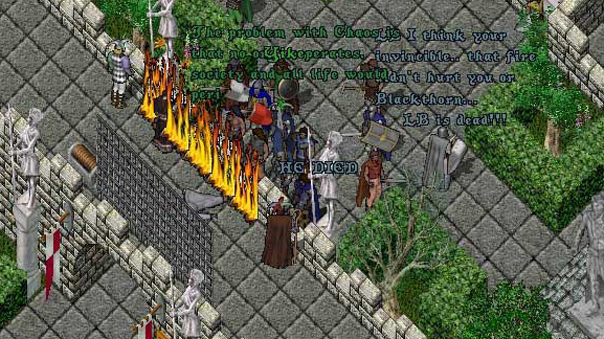 Ultima Online is over 20 years old. Let’s just say that again and really give it some thought. Ultima Online is over 20 years old. It has a subscription price and is over 20 years old. It debuted in 1997, is 12.99 a month and has had a subscription ever since, with no f2p options. That’s insane to me. Almost every game that has been around that long, at some point or another, gives in and adds f2p or abandons the subscription model. But eight expansions later, as Ultima Online goes over its 20th year of being open, after all of that chatter about never going free-to-play, we learned at the end of last week that Ultima Online: Endless Journey is coming in Spring of 2018, and all of that goes out of the window! Now, I don’t have a lot of positive memories of Ultima Online. I have fond memories of Ultima, as it was the second RPG franchise I ever played, starting with Ultima: Exodus on the NES. The idea of working with the Virtues (Honesty, Compassion, Love, Valor, Justice, Honor, Sacrifice, Spirituality, Humility) and the gripping fantasy story really sold me on the franchise in general. These were the hardest games I played as a young man, exempting maybe Wizardry or Might and Magic. But then Ultima Online happened. I don’t feel like any of those virtues exist in the MMO, because most of my time was spent being killed and looted. The idea behind the game is terrific, but you take something that is normally about honor, justice, and dedication to a noble cause, and throw it onto the Internet? You know what happens.

However coming in Spring 2018 is Ultima Online: Endless Journey. It’s a way for people to experience this incredibly challenging MMO, and its core features without having a paid subscription.  But that doesn’t mean as soon as it goes live you can just stop paying and continue playing! It doesn’t quite work that way. New Accounts are eligible, and Veteran Accounts that previously paid (but have been closed for at least 120 days) are eligible for Endless Journey. And it has restrictions, of course, it does. These “Endless Journey” accounts have access to all expansions up to Stygian Abyss (anything beyond can be purchased and added to your account) and the core features of the game will be there. Positives though? It’s free! You don’t have to pay if you don’t want to, but you do lose out on some features, even if you already had them. If you decide to take your Veteran Account and become an Endless Journey account, you lose access to your house! Endless Journey accounts can only use public housing, so I hope you didn’t have a fancy home somewhere. The restrictions are still being finalized but there are plenty of them. You can’t place ships, aren’t eligible for EM rewards, promotional, holiday, or veteran rewards (wow, that’s a doozy). They cannot place/rent vendors, and cannot be co-owned or friended into a home. You seriously cannot have a house. 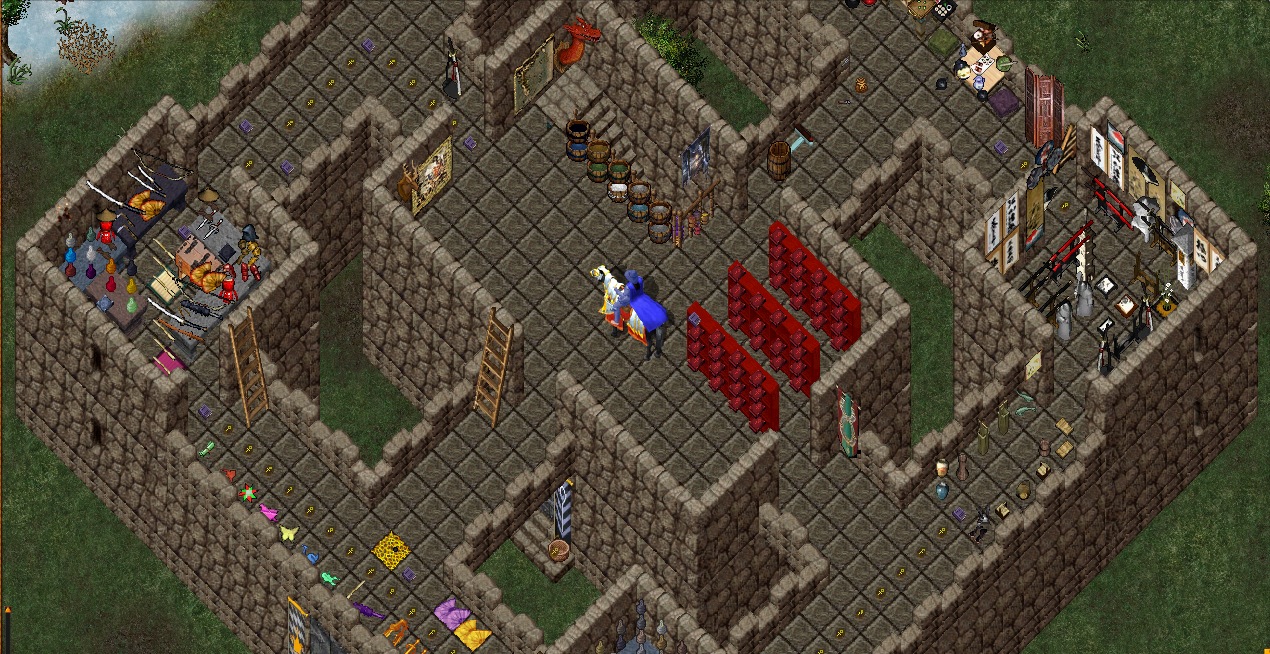 It gets better though! If you have a Vault and don’t pay the rent on it, your items will be auctioned off to the highest bidder. For veterans that still pay, keep an eye on this sort of thing, you could wind up with some great items on the cheap! At least, if you were a Veteran Account, your bank will remain if you close your account or come back as an Endless Journey account. Your bank won’t be auctioned, but you only have access to a “limited number of items” from it and may not add new items to it. Endless Journey accounts that were not Veteran have access to storage that can be rented for in-game gold. You can spend money on additional storage from the Ultima Store. Secure Storage is very important in a game like Ultima Online. What is the number one reason people quit Ultima Online? It’s not because there’s a lack of content, or the money (it’s 13 bucks a month), but it’s PKing/Murdering. The ability to be killed/looted adds risk and threat to this open world and watching someone go from Blue (Standard Player) to Red (Known PKer/Murderer) can make anyone nervous. Back in 2015, there were talks of changes to this Murder System, because people are leaving and never coming back because it was stressful and upsetting to just be murdered by old-school players who just wanted to grief others. Shane, one of the administrators on their forums had this to say about it (found here):

“As some of you may have heard or know, we plan to rehash the Player Killer or Murderer Penalties or System. What you may not know is that since Ultima Online Forever has originally launched, Player Killing has been the continuous unbroken record holding reason for people leaving our great world we have all created. We on staff, know that Player Killing is a NEEDED addition to this server, it creates amazing risk to blues, seeing a red as a blue can make you sweat and if you die to a red it will certainly make you emotionally upset. Ultima Online Forever is a passionate game, and with that passion comes very strong opinions. I want to note first and foremost that we on staff, or me, myself are not AT ALL against Player Killing. We all think player killing is a needed risk of an open MMO sandbox game. It’s added content that you can’t add, code or create yourself, and is ultimately unique in every scenario. However what has been happening is that the amount of player killers have increased over 50% in the last 6 months. In exchange with that. the amount of “Quitting” Threads, PM’s, and Pages that we have had in the last month alone has been at an ALL TIME HIGH.

What this all means is, although our previous system worked for us until now, as we’ve grown and as players have adapted, it is time to update and make things a bit more balanced in lieu of that. To make this completely clear, we are NOT AGAINST PLAYER KILLING AT ALL…. What we are against, is players quitting Ultima Online Forever…” 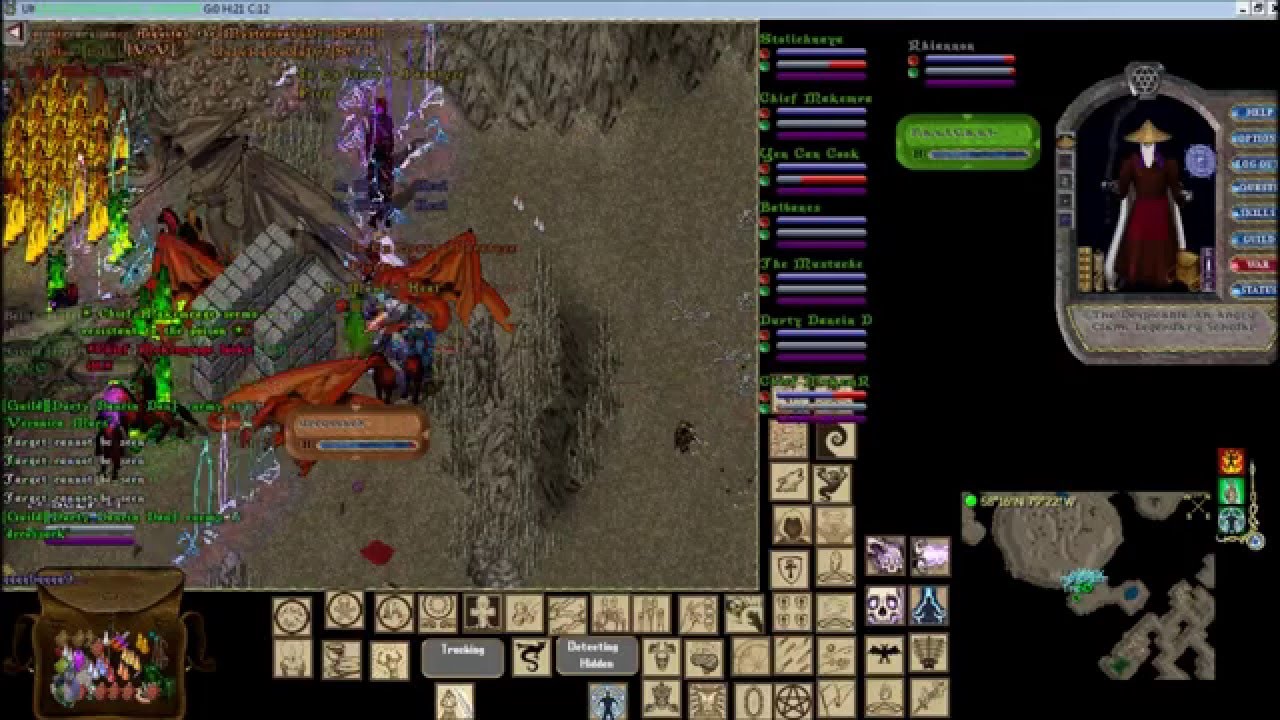 There's admittedly tons to do, if you live long enough that is.

I think Endless Journey will be a great way to bring players back to see if the game has changed since they left it behind (for whichever reason they chose to), and get new players into this game. Ultima Online is not bad by any stretch of the imagination. It’s a rich, full world with incredible things to see and do. What is not incredible is being killed and losing all of your hard work because you could not store your items in time, or someone simply felt you were the victim they needed. I love the world that Lord British/Richard Garriott created, but I do not love the people that inhabit it. My account data is surely lost to time, and while I do have some issues with the game, mostly its playerbase, I would love to see this reinvigorate Ultima Online and bring people back. Though PK was not the only major reason people left. Item Decay/changes to IDOC also caused some grief. The notion that you have to regularly tend to your home or have it start to decay is infuriating. To make it better, you can bribe the building inspector (Norton) with gold to find a home that’s about to collapse, so you can try and go get some awesome items (if that person had any) in their home. The business decisions/in-game decisions aren’t always the most player-friendly/newbie-friendly. 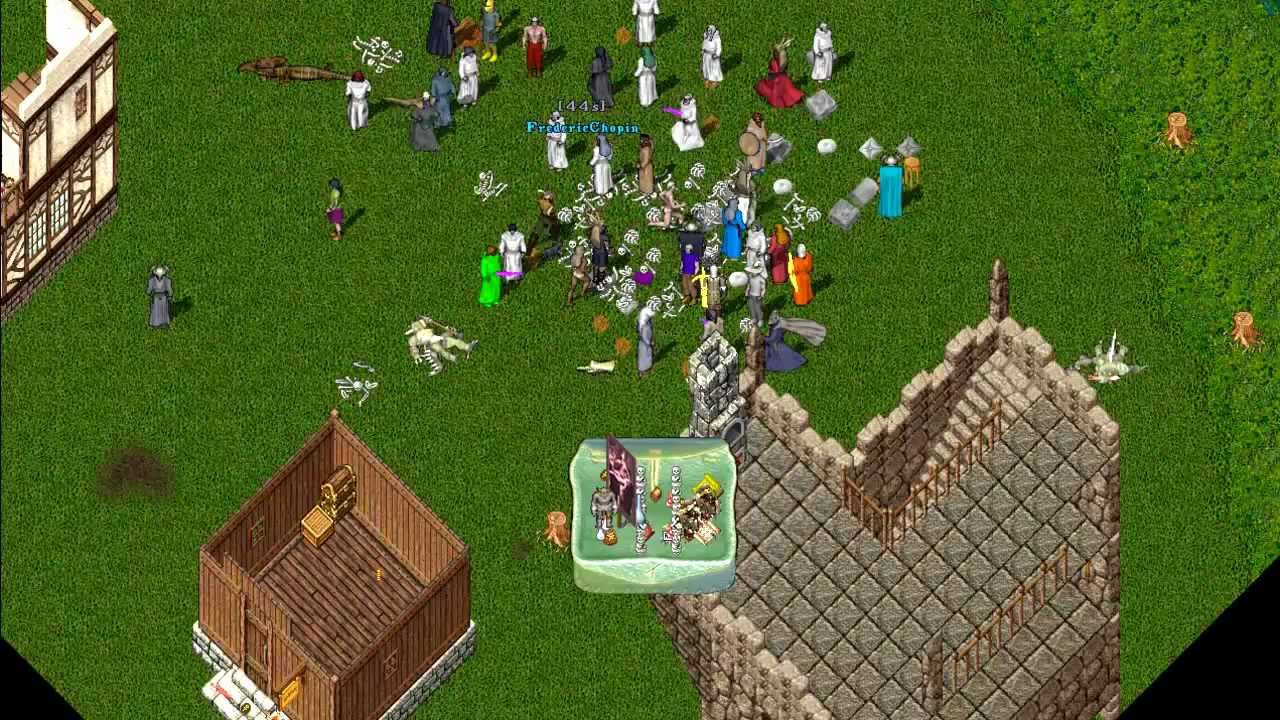 But the general consensus is that the game is slowly dying, and perhaps F2P could breathe some life back into it, bringing people to practically-dead Shards (servers) to try and restore this game. But it’s really hung on, struggling forward every day. Will this system be abused? Without a doubt. I know there are people already plotting ways to use Endless Journey to their benefit. I want to give it the benefit of the doubt though. Before too long, hopefully, we’ll have more information on what these accounts can/can not do. Ultima Online is not for the faint of heart and is certainly not for everyone. If they water the game down to bring new players, the veterans/regulars will no doubt be upset, but if they don’t change something, new players won’t show up. What’s a two-decade-old MMORPG to do?

Let us know below!