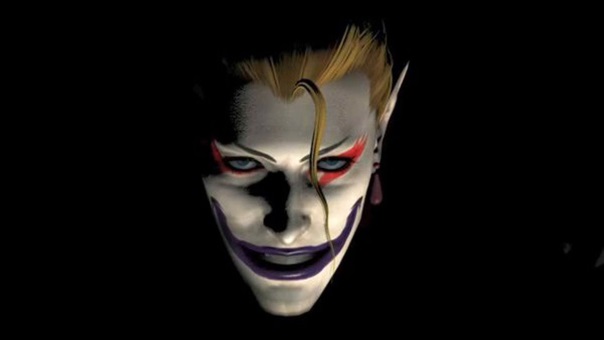 This one’s going to be brief, and this time I mean it. Maintenance is still happening for Final Fantasy XIV (as of this writing; it’s over now), but this is the biggest patch/update of Stormblood so far. Even bigger than the first Sigmascape. So today I’m going to go over what I’ve gleaned from these four boss battles, thanks to watching some strats on Youtube. I linked the channel I watched them at below. I have a feeling that we’re going to fight god Kefka in the Savage Encounter. While this is in my “Helping Hand” series, I haven’t done these battles personally. I’m actually on my way to do them as we speak. But, I do have some helpful hints from what I’ve seen of them thus far. 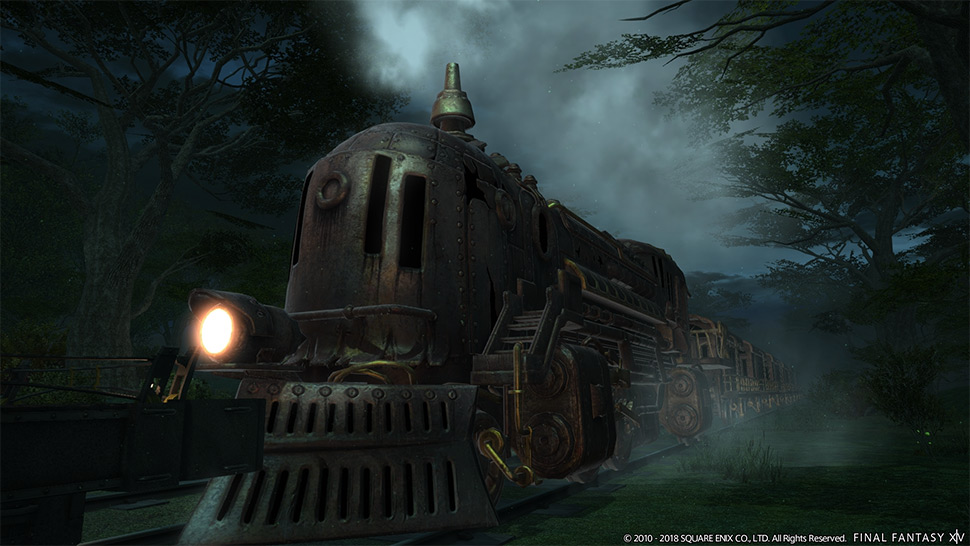 v1.0: The. Phantom. Train. The Phantom Train music transition into the FFVI boss battle music is heavenly. You are on the Phantrain and it’s fighting you. In the middle of the field there is a line of Ghosts (such as the ones from VI), and from what I’ve seen there is a Chase mechanic. A huge train spotlight shines and chases someone, and you need to get to the other designed spot safely. Looks like you have to banish the Ghosts at the right time. There are a few AOEs that follow people, and Ghosts periodically show up in spots on the left/right of the tracks to dive-bomb/slide across to be avoided. This fight looks to be pretty easy in Normal. It has a second phase though, where you the train rides up beside you and you have to kill the passengers that leave it and avoid the AOE they do. Then you hop onto the train! Running across the train, you fight the Doom Chimney next, which explodes easily. Then you’re back where you started, and lots of ghosts appear, and a few people wind up in train cars. If the ghosts catch you, that is. You have to kill the Ghost inside before you can proceed. One more “fight the front of the train” part, and then you have some adds to kill. It’s a pretty simple fight, but honestly, it’s the goddamn PHANTOM TRAIN.  But we can’t suplex it. Our next stop is in the World of Ruin…

v2.0: We arrive in the World of Ruin, in the town of Jidoor. The next encounter is Chadarnook, both forms. In Final Fantasy VI, you save Jidoor from the haunted/possessed painting, by the demon Chadarnook. It has two forms, Goddess and Demon. There’s also a Duty Action, “Black Paint”. There are a few pieces of parchment on the ground, and I believe that with the brush, changes whoever uses it. The person in the video I watched (MrHappy1227) was the Air Force boss from FFVI, but a tiny version of it.  The Air Force gave him Fire Resistance, and it looks like you need to use the right transformations at the right time to survive some of the big damage that Demon Chadarnook does. You need to lure him out of the painting to fight him. This looks like a mechanics/reaction fight, less than a tank-and-spank. Looks like this fight (and the one before) has a few aggro resets, so do pay attention to stuff like that. This fight has a lot of mechanics I don’t really understand yet. I feel like this is one you really have to experience, but it’s apparently easy to grasp. Pay attention to the elements needed, and beat down that demon.

v3.0: We’re back in the World of Ruin. OH CRAP IT’S GUARDIAN! For the uninitiated, Guardian is the most powerful suit of Magitek in Final Fantasy VI. A pair of them came to Thamasa to destroy it, and one stands guard over Kefka himself, in the Tower of Kefka. It’s a massive, ancient looking Magitek piece, and it’s ready to fight. “Weapon Systems, Online. Running Basic Program…Guardian, Engaged.” It has a giant, long beam, “Magitek Ray”, and a melee attack with spikes, “Arm and Hammer”.  It looks like it borrows from other boss fights. “Running Ultros Program”, and then he uses the gigantic inkblots from the Ultros fight. You really need to understand other boss fights before you fight Guardian. Ultros himself gets into the battle too, and then at the same time it runs its “Air Raid Combat Program”, which is a screen-wide damage ability. Next is the “Dadaluma” program. It also helps to know the FFVI fights, apparently! During Dadaluma, you need to stand in the green orbs that were on the ground. Then the martial artists, Dadaluma appears and fires a giant wave of Ki. The summoned fights are pretty weak it seems. I imagine this is going to be chaos in Savage. There’s also a “Missile Simulation, where a slow bullet hell of missiles appears. Go between, avoid touching them. The next program I saw was Air Force. This also shows what the new mount will look like, which is fantastic. The next phase was the Bibliotaph program and features another set of glyphs to stand on, followed by an add. Those were the only “Programs” I saw. After that, he used other ones again, like Air Force.

You have to see it for yourself.

v4.0: The final battle of Sigmascape, is the mad god himself, Kefka. This is pre-Fallen Angel Kefka. This is World of Balance Kefka, that looks like a Jester. Why does he fire finger guns? That’s rude. He has “Hyper Drive” which is a beam from the heavens, and a trio of elemental aoes, each with their own properties and lines/columns. Thrumming Thunder, for example, is a pair of thick, long lines like tracks across the ground.  He then says, “Oh, you’ve figured out my tells, have you?” and changes up the properties of those attacks. Now Blizzard Blitz has a empty circle, and question marks floating around in the glowing energy part. You have to guess where to be (looked like the outside). So you need to stand in the Question Marks to not take damage. If the AOE has no question marks, you don’t stand in the purple. As this is happening, the Tower of Gods begins to form in the background, and the music changes to the more horrific “Dancing Mad” theme. The Tower shoots lasers of mass destruction too (and it’s got a knock-back property). “Graven Image” is the knockback from the tower. You might see multiple attacks at once too, like Thrumming Thunder while Graven Image is setting up. This. Battle. Is. Insanity. Then the platform rises, and you’re at the next part of the Tower, and the Graven Image has a new property (Earth Elemental), which looks like just pure damage. He also casts Ultima (Ultima Upsurge). Then you move on to the next head, for the last third of his health, and of course, the music changes. There’s an ability that looks like you can’t be looking at him/them. Another blast of Ultima Upsurge, and then another one right after that. For that Graven Image, if the ability has a question mark on it, you do look, otherwise you don’t. This fight is chaos. It looks much easier than Exdeath, which was super frustrating.