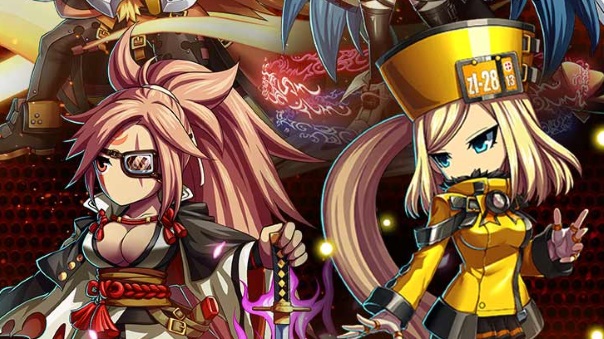 Heaven or Hell, Let’s Rock! Guilty Gear Xrd REV 2 from ArcSys is coming back to Brave Frontier from May until June. 8 Guilty Gear Xrd characters are returning, which can be summoned from May 16th through June 13th, listed below. There will also be a Battle Royale Frontier Rift, where players clash against mighty Guilty Gear fights to obtain Collaboration Spheres. Players will be awarded Rift Tokens after successfully clearing the Rifts. These can be exchanged for items (such as the might-anticipated Omni Tridon) at the Rift Bazar. The “Neo New York”, “Royal Court”, “Neo New York Again” and “The Magnum Wedding” dungeons also return, which unlock Sol and Ky. Sol’s Summoner Avatar weapon “Junkyard Dog” can be found in Neo New York Again, and exclusive materials can be found in The Magnum Wedding for Collaboration Spheres. Elphet can be obtained in the Exchange Hall during the collaboration event as well.