Legendary: Game of Heroes Summons Hellboy In A New Collaboration 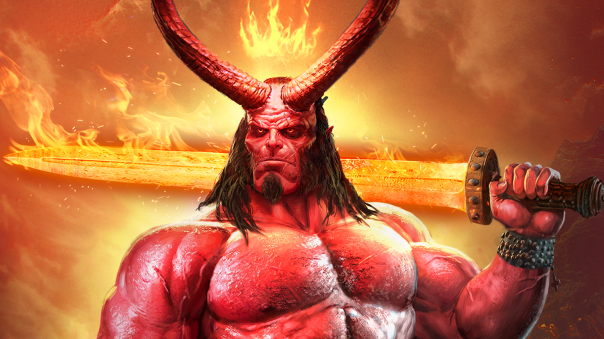 N3TWORK is proud to team up with Lionsgate and Millennium Media to bring the iconic Hellboy to Legendary: Game of Heroes. As the debut licensed partnership in Legendary: Game of Heroes, the Hellboy integration ushers in a new era of live service in mobile games showcasing the franchise’s superheroic paranormal investigators and beasts throughout the strategic gameplay experience. Hellboy, Ben Daimio, Alice Monaghan is coming to the game. In addition, the villains Gruagach, The Blood Queen and other demonic forces will be immortalized with fully-animated original artwork. This coincides with the Hellboy film from Lionsgate, which hits theaters on April 12th.

“Hellboy is a legendary property with characters that perfectly lend themselves to Legendary: Game of Heroes,” said Daniel Engelhardt, SVP of Lionsgate Interactive Ventures & Games. “We’re excited for Hellboy fans and players of the game to see what we’ve cooked up with our partners at N3TWORK.”

“We are thrilled to partner with Lionsgate and Millennium Media to bring the beloved Hellboy franchise to Legendary: Game of Heroes in a one-of-a-kind partnership for live events in mobile games that Legendary and Hellboy fans alike will love,” said Daniel Barnes, COO, N3TWORK. “The limited-time event will unleash Hellboy’s incredible cast of characters and creatures across all facets of our game, giving players even more ways to battle, collect and build up their armies.”