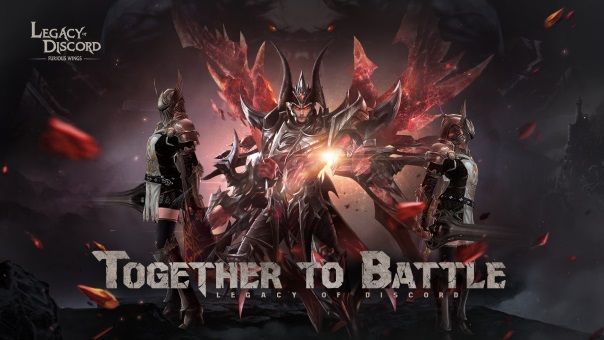 That’s right, Legacy of Discord: Furious Wings adds the soldiers of fortune known as Mercenaries to the game. These warriors are only concerned with lining their own pockets and will fight for whoever has the right amount of money. This adds a new level of combat to Legacy of Discord because you never have to go into combat alone again. Up to three mercenaries can come with you, with one fighting at a time. They can be revived once dead when switching maps, or when the player is revived after dying. As a side note, they can also go with you to the Celestial Tournament.

Their inclusion across the game, essentially, offers more gameplay possibilities: Pets, Wrathwings, Mounts, and Metamorphs can all be socketed to a mercenary, boosting your battle rating and granting even more bonuses to player attributes. The aforementioned Celestial Tournament is a new battle mode, where Guild members can build a team of five to ten people for battles. The first team to capture two flags for thirty seconds wins.

Pro Tip: The Celestial Tournament is a great place for guild members to play together and get more honor; also, guilds with more members gain a greater advantage.