Legacy of Discord Celebrates Their Second Anniversary in Style 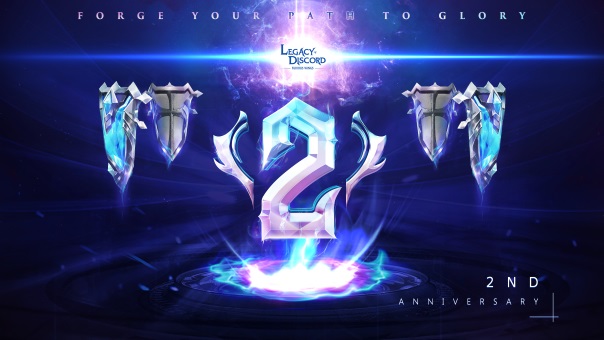 Legacy of Discord from Yoozoo Games is celebrating their second anniversary, starting on October 20th. To celebrate, there will be an in-game party for players to win rewards at, as well as the addition of a new legendary item to acquire. The Amusement Park in Legacy of Discord will host a number of fun activities, from balloon shooting to horseracing, and rewards will be available through these, such as the new pet, Omega. The first ever fan-designed pet, Genos-eX will also be available in the event, but only by logging in seven days in a row.  The new legendary is the mighty Aegises of Sages, which has slumbered for thousands of years. Now that the demonic army has risen, so will the Aegises. Players who obtain an Aegis of Sages will receive a bonus to their equipment and increase their power.