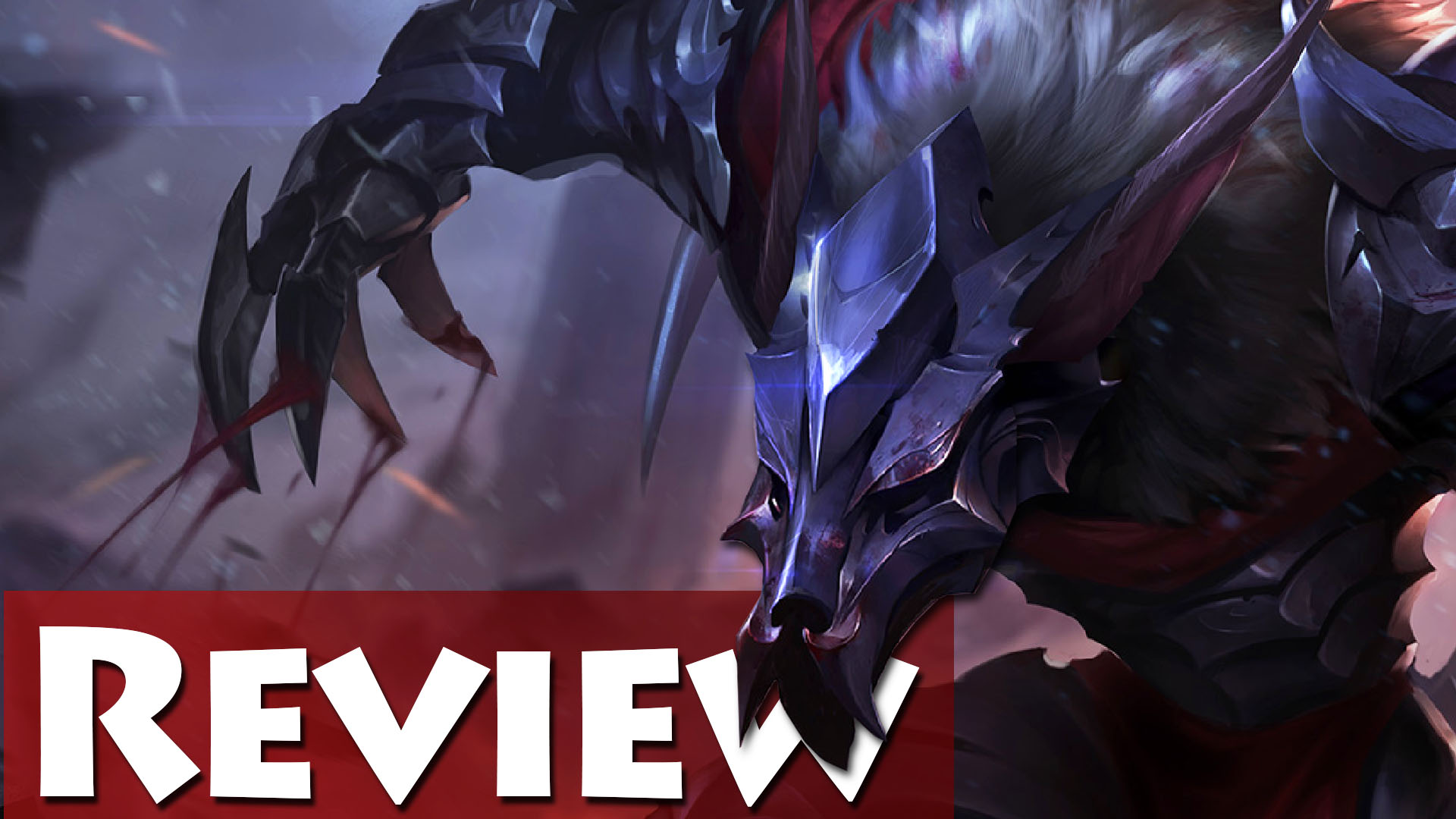 Warwick, the Uncaged Wrath of Zaun, is an absolute menace on the rift capable of assassinating targets from a significant distance away or protecting fellow teammates with several forms of hard crowd control.

Honestly I empathize with how terrible attack damage carry mains must feel these days, not only are they left in the dust with no recent notably buffs, but Riot keeps releasing champions that counter their playstyle, however as fan of hard carry jungle champs I couldn’t be happier.

-Gets shut down by hard crowd control.

Warwick starts off fairly similarly to how he did before the rework: a slow and steady, but healthy jungle clear. Although, a level 3 gank is certainly possible and definitely encouraged. Pop both the W active, activate ghost, and go to town ripping the enemy apart with your Q and red-buffed auto attacks. If that didn’t kill them already, use the fear from E to allow your laner to catch up and finish the kill.

While getting a kill on an early gank is a pretty sure thing, it’s not required to make Warwick work, simply making it to level 6, and by extension leveling the ult, is by far enough to take control of the match. Just like Rengar, look to gank as many times as possible with the ganking combo + ult, even if you’re not building or doing any damage. Just being able to lock up an enemy for several seconds while your teammates get in free attacks is almost always enough for a kill.

Going into the late game Warwick has a choice, stick to assassinating and split pushing, or focus on protecting hyper carries with his various forms of peel. As is stands right now I think Warwick is much better as an extremely mobile lethal threat, but falling into a more utility role is also fine.

Starting out, buy a Machete and a Rejuvenation Bead. Now that’s strange, don’t junglers usually get a potion? True! However due to his sustain Warwick certainly doesn’t need it, so that leaves getting a Control Ward or a Bead, either of which is fine. However, the great thing about Rejuvenation Bead is that it not only helps fill the gap left by not taking potions, but also builds into our most important item: Tiamat. Tiamat is incredibly important because it considerably speeds up our jungle clears, also it procs off both your Q and R.

Your early game build should be a non-enchanted jungle item, Tiamat, boots, and a Control Ward. As far as enchantments go I always prefer to go for vision, but Skirmisher’s is also a fantastic choice.

Towards the mid game is where builds start to deviate. Personally I like going down a more Master Yi/Yasuo style of play which is high movement speed, high attack speed, and high crit chance. I feel these attributes are best for carrying and suit Warwick’s kit quite well.

So to achieve my style of build get Phantom Dancer, Boots of Swiftness, and then chose between more damage in Statikk Shiv, or get tanky with Dead Man’s Plate, Spirit Visage, or Iceborn Gauntlet.

Finally, finish upgrading Tiamat into Titanic Hydra and your jungle item into either Blood Razor or Warrior’s. 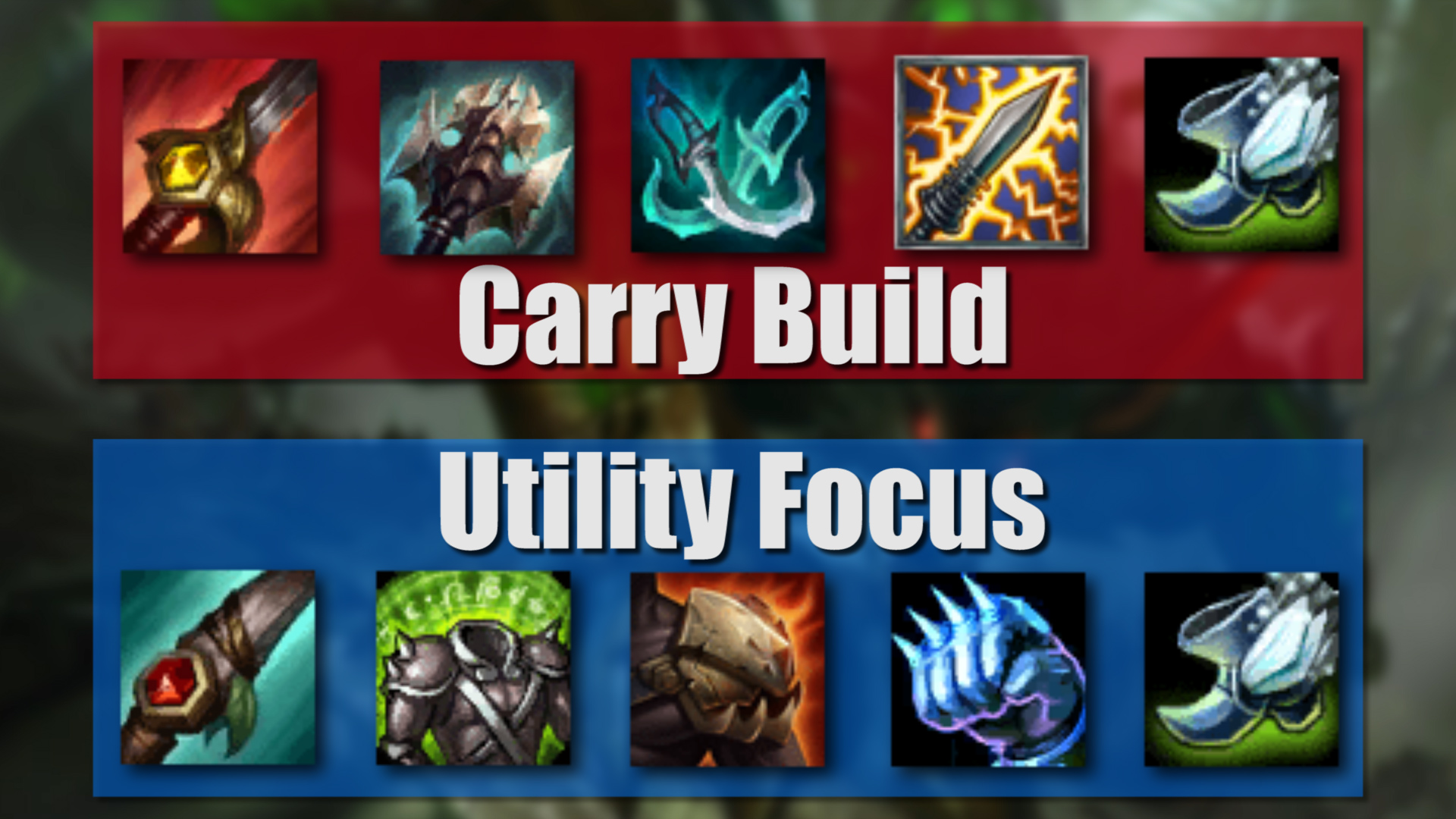 I believe Warwick is going to be a highly contested and often banned pick in both SoloQ and competitive play. Warwick is just the whole damn package, he has everything you could possibly want in a jungler, his kit is outright overloaded. Being able to put out and soak up loads of damage while also bringing crowd control, significant map presence, mobility, AND vision is an absolute nightmare to deal with.

However, I unfortunately also believe he’ll eventually get the Rek’Sai treatment, which is to say his damage is going to get nerfed into the ground until he’s essentially just a utility-bot. So, try to enjoy him while you can because he’s about to not be seen at all, whether that be due to nerfs or bans.

This crazy chimera experiment gone wrong went exactly right for those looking to dominate a match with every possible tool at their disposal. Sure, he’s a bit more difficult to play, what with a skillshot ult that has a wonky hitbox and a fear that must be carefully positioned, but it’s all worth it to singlehandedly win games.

Warwick is absolutely ridiculous, I cannot wait to see him tearing up high elo and professional play.