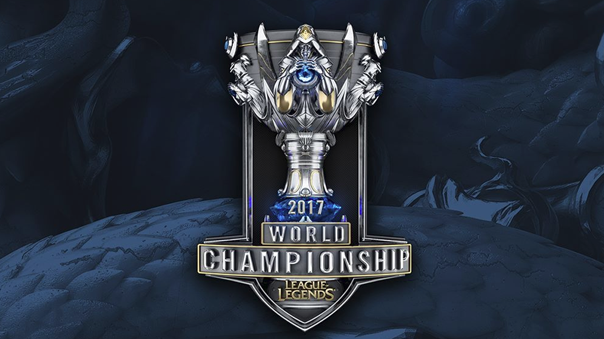 We’re back for another incredible week of top tier League of Legends eSports action with the Worlds 2017 semifinals. This time around, we have Chinese vs. Korean sets on both sides of the bracket! With a little bit of faith and a dash of luck, we might even see an end to the Korean Dynasty that has ruled over LoL for such a long time.

SK Telecom (WIN) vs. Royal Never Give Up

For the first game of the series rematch of a Worlds gone by, SKT opened rather unconventionally. They started with Blitzcrank, the very pick that trounced them before, an unusual Gangplank, and an even stranger Zac. Sure they got Galio and Trist, but otherwise it was a very strange draft.

As you can imagine, the distinctly un-meta picks certainly didn’t do them any favors in game. Aside from a slight misstep or two, RNG took the match pretty handily with their solid team fighting composition. But not to overlook MLXG’s performance. The dude’s a beast with his reliable secures, heart pounding steals, suffocating early game pressure, and game winning engages.

However, in true SKT fashion, they flipped a switch and become a good team again. I’m not really sure what’s been up with them lately, but it seems as though they’re back to their usual selves throughout game 2. More specifically, Faker carried hard on Galio while the rest of his team let RNG outplay themselves with an underperforming Nocturne.

The third match was certainly a thing. I don’t even know what to say about this series and by extension SKT anymore. When they’re up they’re crisp, strong, confident, and overall unstoppable. When they’re down they’re lifeless, unmotivated, and straight up incompetent.

What’s sad is that Faker seems to be the only his his head in the game. While it doesn’t always work out in his favor, he’s still trying to make the skillful plays that will get his team back in it. Even more than their draft evidently not working out, there’s a bigger problem in the mental state of Huni, Blank, Bang, and Wolf. Keep in mind this isn’t a one off situation either, it’s been happening all month long. Maybe this is it. Maybe the Korean plot armor finally cracked.

Match point for RNG, and SKT picked Galio again. Except this time, it’s backed with a Juggermaw strategy in mind. Royal however took a bit more of a risk with Ryze, Soraka, and Twitch. If SK Telecom are going to turn the ship around, it’s now.

Well, our boys in red are back up again.

Wait yes they are. MAKE UP YOUR DAMN MINDS SKT! MY HEART CAN’T TAKE THIS. Eventually they took series and we we into yet another Silver Scrapes 5th match series. It isn’t all that surprising consider the situation, but man, SKT is like a legit cockroach. You just can’t get rid of them.

Aaaand that’s all folks. SKT won the 5th match simply by playing a cleaner game at every opportunity. Royal were able to stall just a little bit against the snowballing Korean team, but not before being kneecapped by the immense amount of pressure being put out by Bang’s Caitlyn.

Sigh. They just can’t keep getting away with it. I mean, they deserved the win, but I was so hoping for Uzi and by extension the Chinese team to take it all. So sad.

Depressingly straightforward series win for Samsung. They got a run for their money in game 1 where Team WE displayed some brilliant Kassadin play, but otherwise SSG bulldozed their last hurdle to the World Championship Finals. Notably, the Taliyah play from Crown was gorgeous. This is how she’s meant to be played, the brilliant wall usage I would say had the biggest impact on their wins as a whole.

And despite the loss, I wanted to showcase this fantastic turnaround by WE:

Welp, another year, another Korean v. Korean finals. It will be high level play no doubt, but even as an avid LCK watcher for years, even I’m getting a bit sick of it. I wanted so bad for RNG to make it, but that damn SKT refuses to stand down. As some random redditor said, ‘SKT vs. SSG, pick your poison. No matter who wins, the end result’s the same.’ True that.

Check out all the games’ VODS here.