With any new season comes new and big changes to the MOBA, League of Legends. One of the biggest is the update to the game client! The new and improved Draft Mode is mind blowing, and while I don’t “always” get the role I want, it allows players a new and [hopefully] less toxic experience. You can queue for ranked with as many people as you want, and each player grabs a primary role and secondary role. I love this, and I love the look of it. Instead of only one person being in charge of the bans, Riot took a cue from other games such as SMITE, and the bottom three players each pick a ban. This can either create more trolling than ever before, or people will communicate, make sensible bans, and the fact that everyone can pick something they want, Dynamic Queue as it’s called, is a fantastic addition; something we probably needed as players for a very long time. 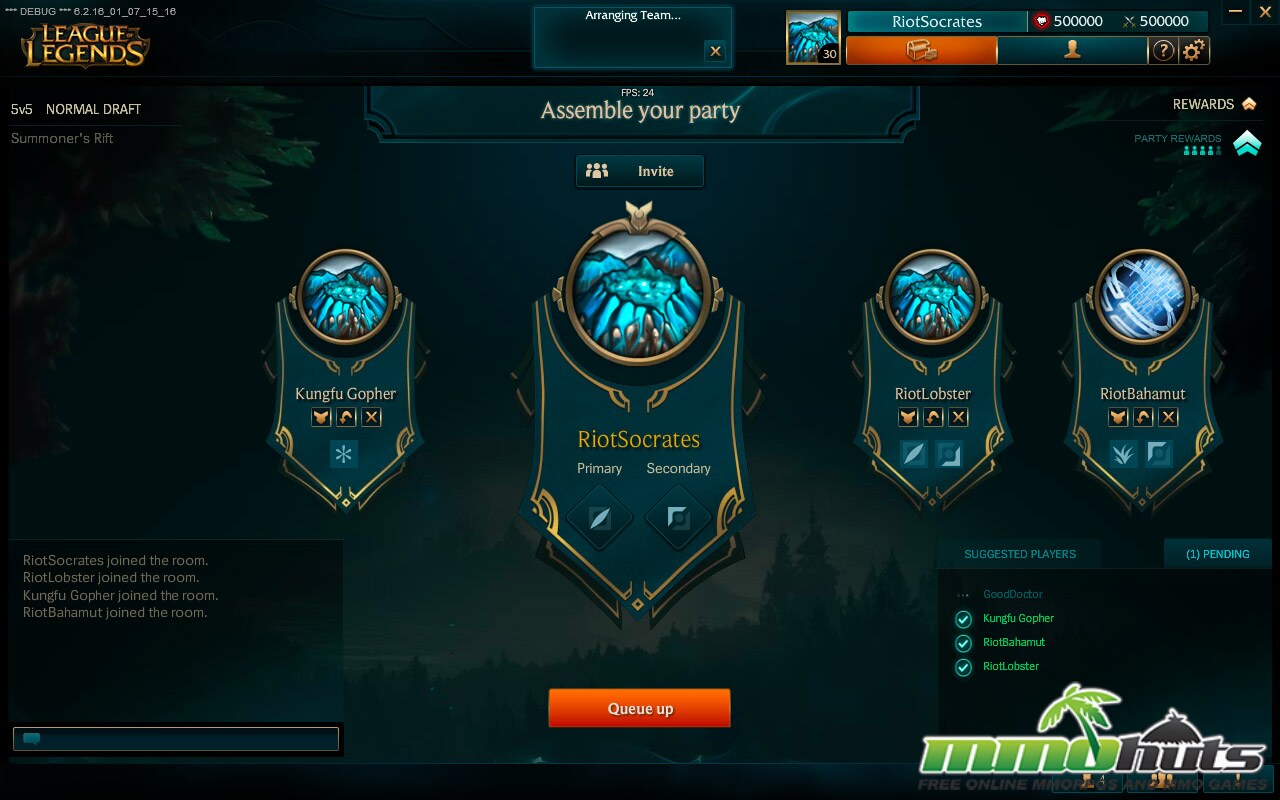 The new system of picking champions is amazing, but still heavily sticks fill and support in their respective role 90% of the time.

The nature of social media is also changing with League of Legends! Clubs and party features are well on the way, not now but in the near future. The club system lets you organize a group of friends that you are going to play with regularly, and potentially be rewarded for gameplay. The chat system may be available out of game also [say on a mobile app], or chat with these people at the same time when they’re on. You won’t be limited to one club, thankfully, and I like the idea of certain groups of my friends being set together so we can play easily. I have friends that only like to do ranked, and friends that only play more casual modes, so being able to group up nice and easy no matter what I want to do is pretty awesome. I also really like being able to represent your club, and change that whenever you want. If you’re proud to be in that club [as I would be], you could show off your allegiance. 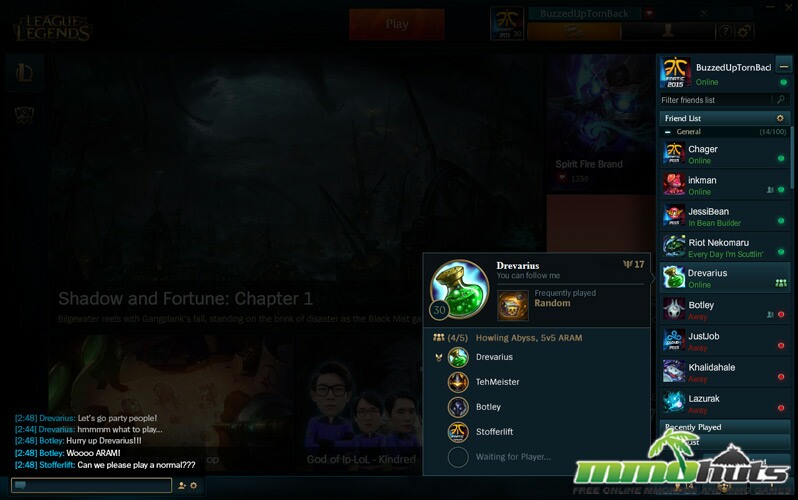 Segregating your cool friends from your embarrassing friends has never been easier, or done in a cleaner UI.

Then there’s the “Hextech Crafting System” on the features coming soon list! It’s a method of unlocking cool cosmetics (skins) or actual champions themselves if you do not have them. It’s a really cool idea on paper, and the idea of being able to unlock skins by playing the game instead of dumping half my paycheck into the game really appeals to me. The idea seems to be that it will promote people playing the game everyday as they grow closer and closer to an unlock. If you or a party member you are grouped with gets an “S” rank in a match, you will receive a chest. Now, each champion per month can only attain “X” amount of chests, so it’s not like you can just queue and stack this super easy. By requiring it to be an “S” rank game or better, it’s going to make players want to work harder, and ultimately have to put more games in to claim their max chests on the regular.

It is a really interesting way to promote better gameplay which I’m all about. The chests can have bits of a skin, a champion, some kind of ward or icon; it’s all random too. You may not be working towards things you want at all. Though it also appears that you will be able to buy the chests [there we go, there’s the money-making part]. You can earn keys to unlock these chests through any queue mode, so no matter what mode you play [except your Dominion players. Looks like that mode is retiring] you can get keys! There’s also apparently a rare rare chance to get a full skin or champion! There are so many cool things you can unlock this way, and I won’t lie: I really love this. Sure, it might take forever to get exactly what you want, but there will be a way to disenchant loot. You can blow up progress towards skins for champs you don’t want to play with the gamble you will get something that interests you instead. Kudos to League of Legends for changing up how the MOBA game works. It’s a bold move to try and make things more fun for all levels and styles of play. Now, what we’re really here for. . . 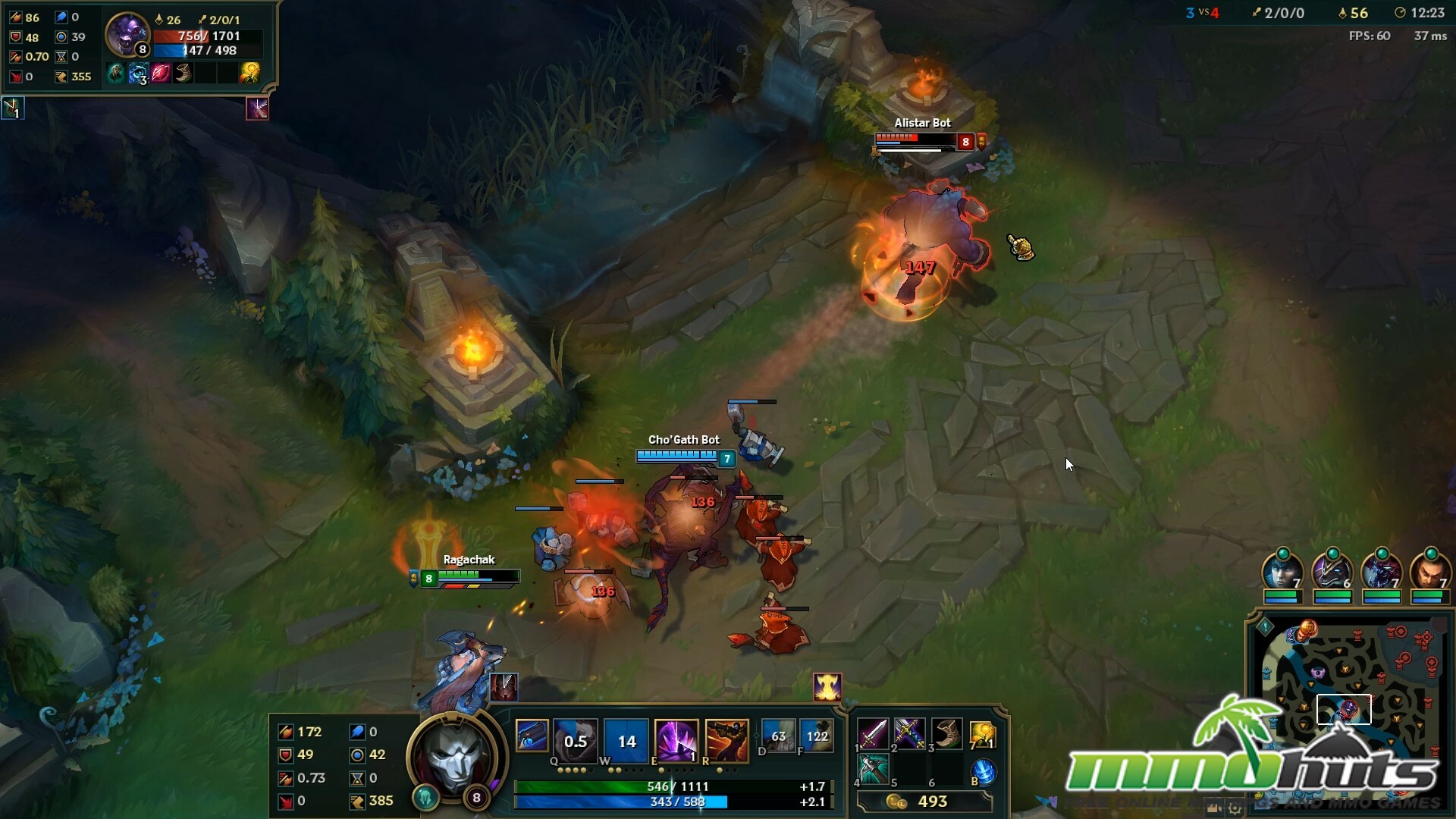 Jhin, the Psychotic Assassin is a truly unique Marksman among the others littering the Rift. As a former prisoner turned mercenary/assassin, the man known as Khada Jhin uses his love of the arts and music to paint carnage and violence across any field of combat he’s on. He’s considerably different from any other Marksman I’ve ever played, and definitely in a good way. He requires patience, consideration and planning: Sure, you can play Graves and dive in, Q+R and kill two to four people without any effort, or you can play Miss Fortune and simply tag players with Q until they’re dead without really trying. But Jhin requires patience. Every four shots, he has to reload, and cannot scale his attack speed even if you build for it. Building Attack Speed items or using Attack Speed runes instead nets a minor conversion of Attack Speed into Damage, but it’s not truly worth it. Though I do still build two items that have AS on them as the utility offered is too much to pass up.

You can even play Jhin mid lane, and I’ve heard talks of people taking him into the jungle; after all, Graves can do it. Casters can do it. And Jhin’s got the damage to go that route. His range and kit offers him a pretty safe mid lane, since he can snare from afar with his W, and pin the enemy down with relative ease. But his primary spot on the team will no doubt be as the Marksman/ADC. However, he suffers from being poked down too hard; lifesteal will definitely complement any rune choices. The 7% lifesteal you can start with on runes/Doran’s Blade will be the difference maker in early laning, coupled with how patient you can play. As far as runes, I tend to run 3x Lifesteal Quints [though the argument can be made for 3xDamage Quints if you are good at him], 9x Red Damage, 9x Yellow Armor, and 9x Blue Magic Resist, pretty standard for a Marksman these days. My Mastery is Warlord’s Bloodlust, giving me even more life back, but Thunderlord’s is also incredibly viable [as it is on EVERYONE. Seriously.] Heal/Flash should be a given for his summoner spells. I can’t imagine anything else being really useful other than occasionally cleanse. 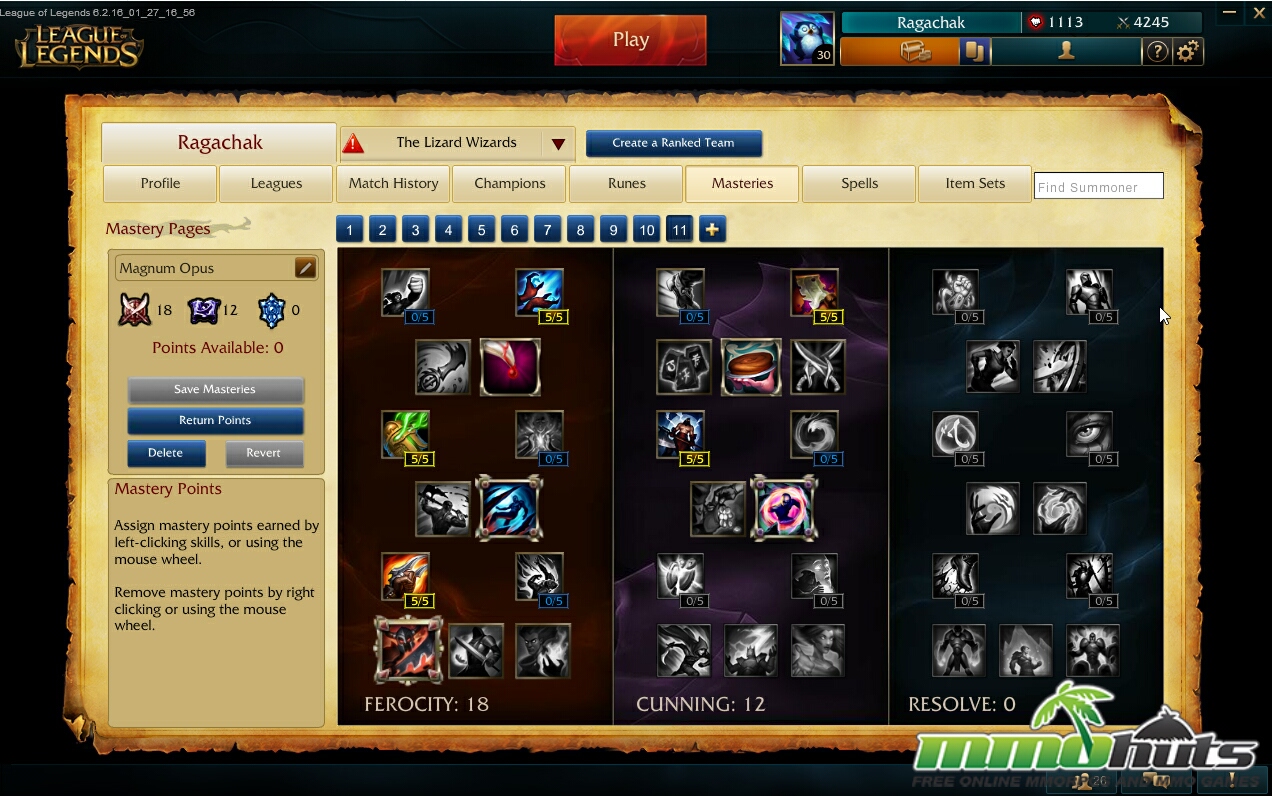 Jhin’s kit might seem kind of confusing at first and after playing him that’s certainly true. There’s a bit of math that goes into his AD, and I’ve seen Jhin players leave a game with 600+ AD without too much trouble. This comes from his passive, Whisper. Attack Speed and Crit gives him a multiplayer for his Attack Damage, and he CANNOT gain Attack Speed any other way than leveling. Instead, Attack Speed gives his crits a bit of a move speed boost, which can be the difference between getting out of a bad spot or getting yet another kill. His Crit is 25% lower, [except his Ultimate], but Crit Runes or items like Infinity Edge can assist with this detriment. If you really wanted, you could get, in the most ideal of situations, 999 ad with: Two Essence Reavers, Infinity Edge, Bloodthirster, Mercurial Scimitar, and Phantom Dancer. Should you? Probably not. But it’s absolutely feasible. 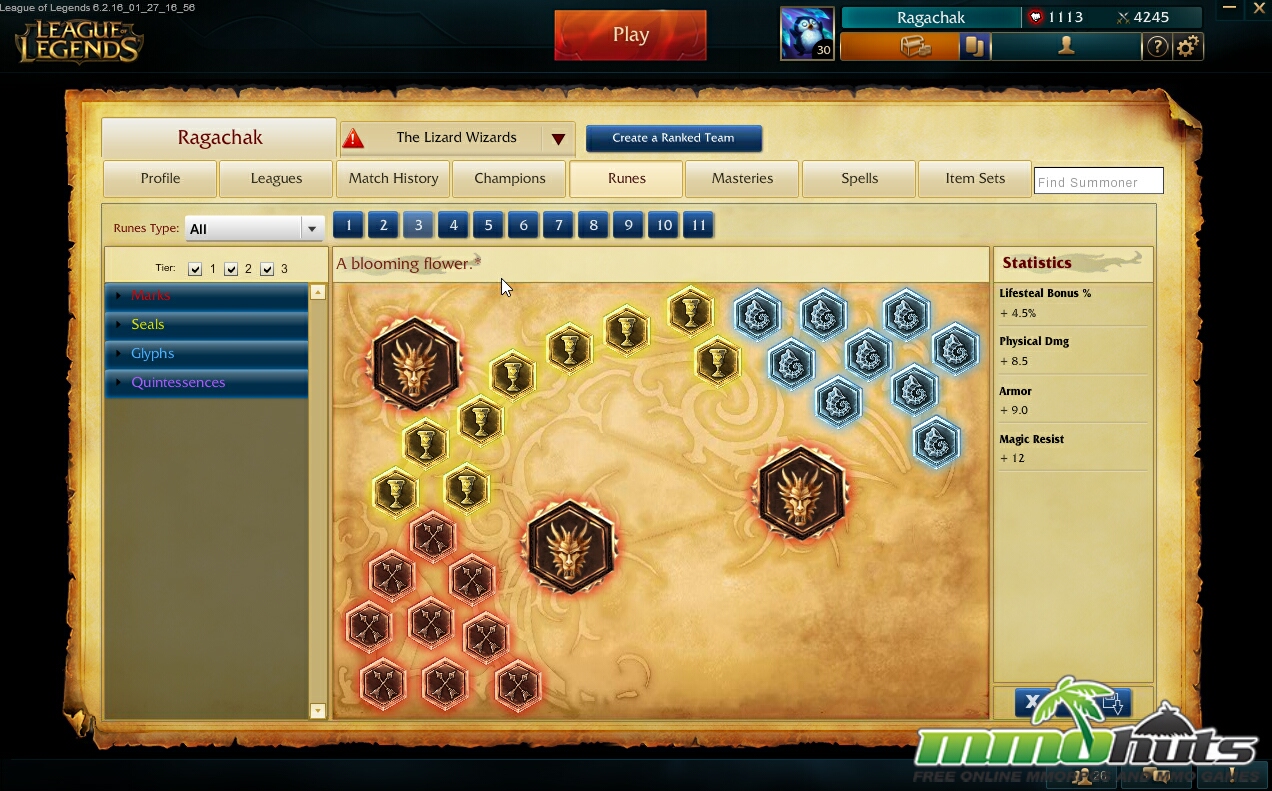 Runes to survive the brutal early game build up.

In addition, his Passive reveals that his auto attacks use Ammunition. He gets four shots then a reload, but his last hit always crits, and does 15/20/25% of the target’s missing health as physical damage (1/6/11 levels respectively). It all sounds complicated, but it’s not really that bad. It just takes a little experimentation to find the item builds that work for you. His most easy to understand ability is his Q, Dancing Grenade. It works similar to Katarina’s Bouncing Blades. He lobs a grenade that bounces up to three times. If it kills a unit, it does 35% more damage on the next bounce. So if it kills three minions and lands on an enemy, it’s going to do serious harm. This is his wave clear and a big part of his poke game.

Deadly Flourish is his W, and it has a seriously long range [longest non-ult range in the game!] as well as a decent charge. It fires a single bullet, and has the utility of comboing neatly with his E. Its passive states that enemies hit with Jhin’s auto attack or other allied damage are marked for 4 seconds. If they are struck with the Deadly Flourish, they’re rooted in place, which lets you drop the “Captive Audience” on them. Captive Audience is one of my favorite abilities in the game. When Jhin scores a kill, it automatically spawns a Lotus Trap right under that person… that detonates; the possibilities for free damage and bonus kills are insane! The ability drops an invisible Lotus Trap, that nothing can detect, but it takes a moment to become invisible. It lasts for two minutes, and people caught in the explosion are slowed, and marked with the Deadly Flourish passive for another root if cooldowns are up. I love this because it can really punish wombo combos, by dropping traps where they’re going to be/are, and deal huge damage to make them think about diving. It’s a great way to defend objectives, or simply kill people that have the nerve to be in your path. 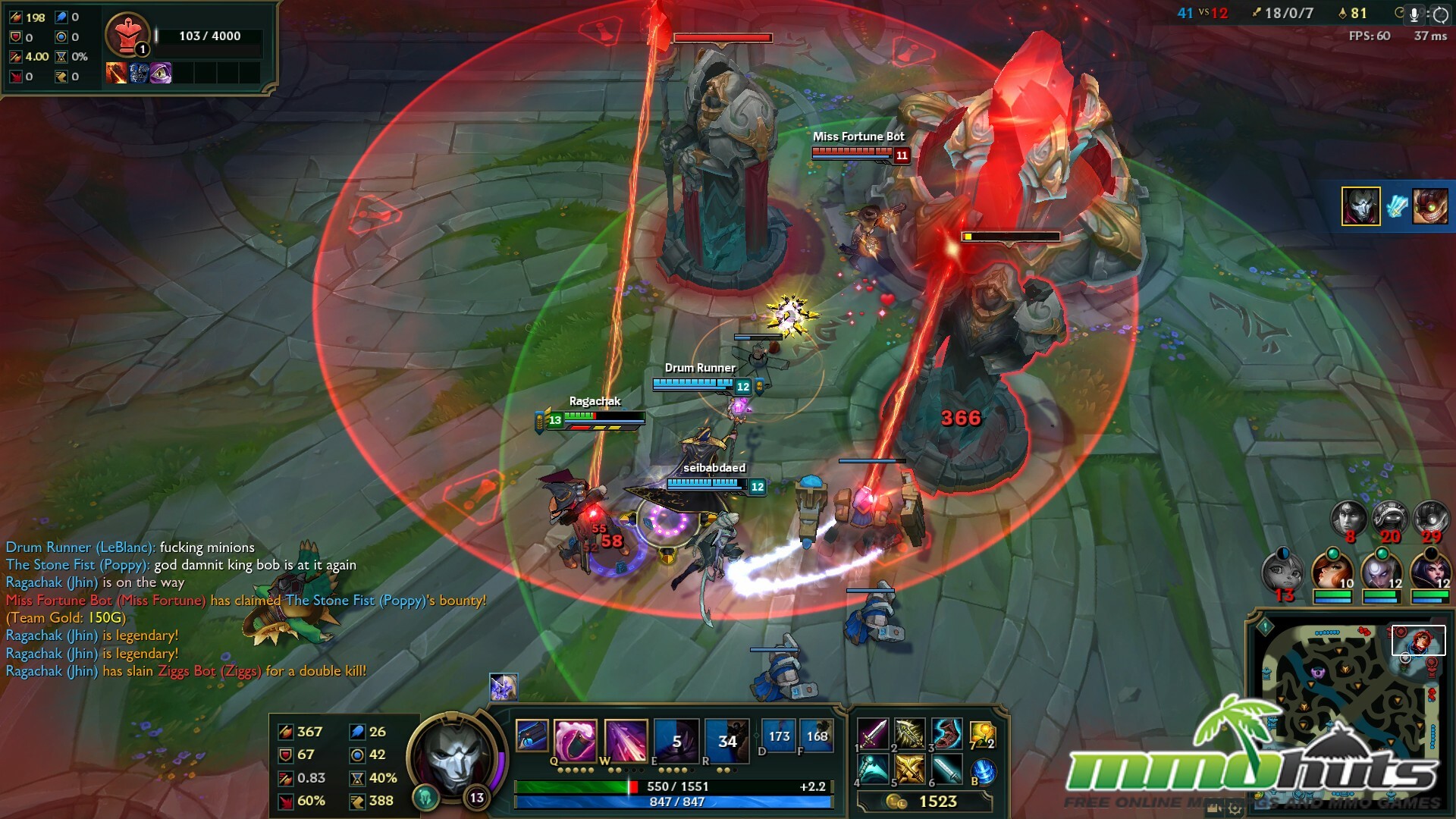 Then we come to his ultimate: Curtain Call. It has an absolutely absurd range, and when activated it plays some really ominous music as he queues up four bullets. He channels for ten seconds, and each time he hits R, wherever he was mousing over, a bullet fires the duration of his ult, stopping at the first champion it hits. So yes, you can body block for someone who is low. Curtain Call’s damage is increased by 2% for every 1% the opponent is missing, and the final shot crits for 200% damage! Good lord. Anything marked by Deadly Flourish in the range of the ult are also revealed for about four seconds, making it easier to shoot them. Bear in mind that it takes 1 sec to fire again, and you can stop the ult early, which lowers the cd by 10% per shot unfired. It’s so powerful and far reaching. It goes through walls too, so you can’t just flash over a wall and be safe. Jhin’s all about precision and plotting which is why he’s the ADC for me. His abilities all combo and synergize with each other so well, and having a support that will either 1. Peel nonstop and let you play passive, or 2. Lock an enemy down so you can obliterate them will be to your advantage. Jhin is unique even among new and unique champions, offering true power to anyone who can take his patient, calculating style into their hands.