League of Legends: Ekko in Review 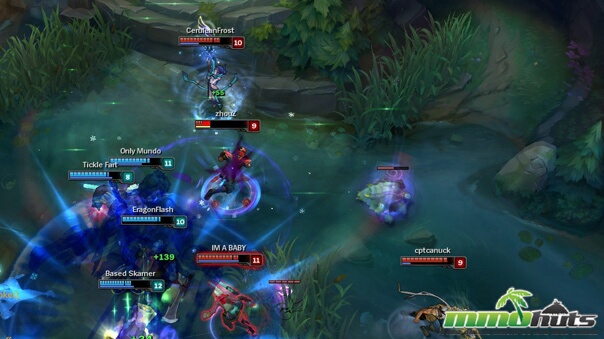 Ekko: The Boy Who Shattered Midlane

Attention, Summoners! Not too long ago a new League of Legends AP assassin was released with aplomb, and that is Ekko, a Chronomancer from Zaun. Ekko’s a terribly interesting character, and though I’m no professional, I do feel he has the potential to be “pick or ban” tier, in that his damage output can be absolutely incredible while his ability to reposition and juke is off the charts. Thankfully, he’s not simply a character you can mash buttons on and win; there’s a considerable amount to be aware of if you want to be a successful Ekko player.

Ekko shines in a solo-lane, and I feel like he could even break down tanks with a little dedication, but his spot is mid, though I have also seen lots of players jungle him with his mobility, poke, and teleport. He has a varied kit that allows him to do most anything, and I’m convinced that I will be able to create a kill-lane with support Ekko in time. But that’s not what the purpose of this is! If you can keep count on his passive, and find your spot, you can obliterate not only one target, but many all at once. 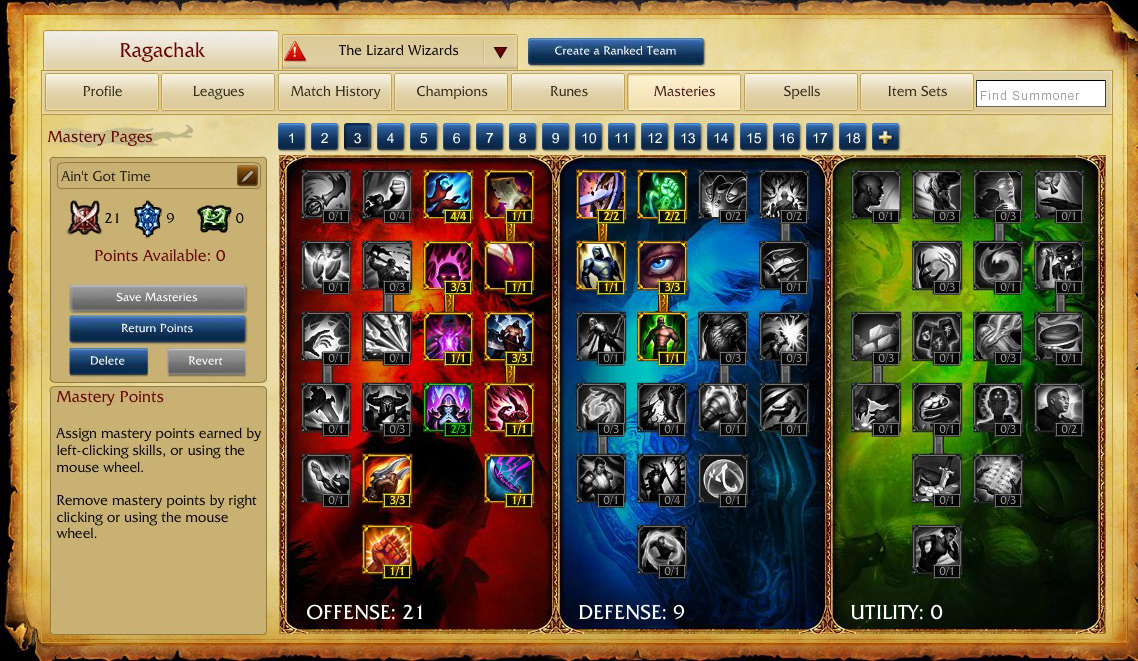 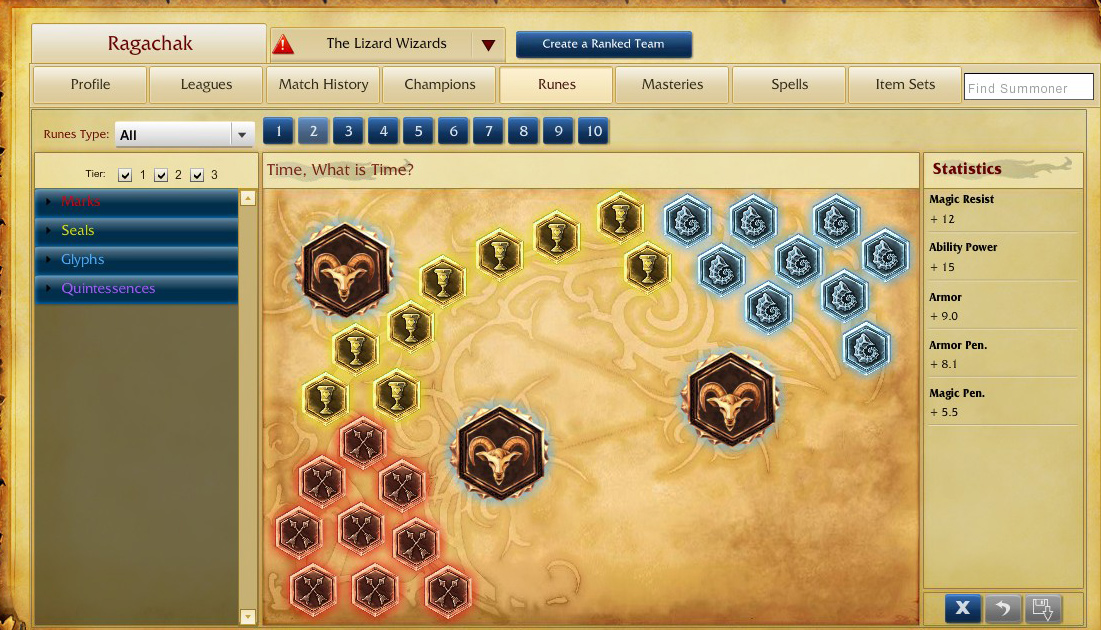 Despite being an AP (Ability Power) assassin, his auto-attacks are still very important to his kit and his sudden, horrifying burst damage. So it is with this in mind, I choose Ability Power Quints, Hybrid Penetration Marks, Seals of Armor, and Glyphs of Magic Resist (flat MR). I use 21-9-0 for my Masteries to increase my raw damage and penetration, which just makes the kid scarier as a whole. Something I’ve also been toying with is the notion of giving him Mana Regen runes somewhere in the kit, depending on how the other team is built and how confident you are in who you are laning against. Sure, the flask is lovely and is a great starting item on him, but I’d like to be able to utilize Doran’s Ring for more early damage. 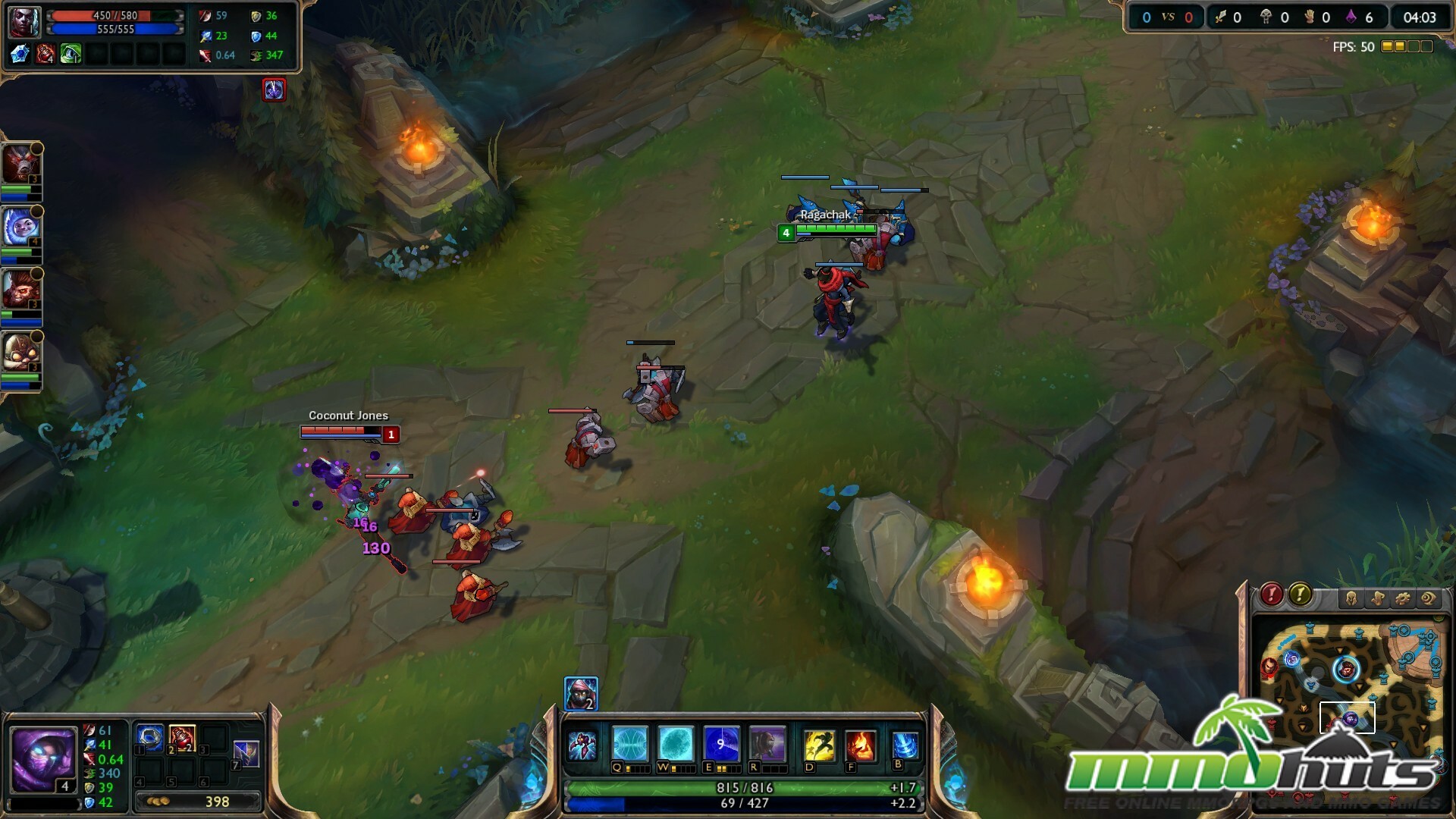 You're not built for long engagements. Make sure they end quickly, and on your terms.

Ekko comes with some necessary items you’ll be building in 90% of matches if your gold flow allows it. Sorcerer’s Shoes, Zhonya’s Hourglass (to make the Ult more safe in teamfights), Lichbane for pure damage, and Void Staff for penetration. Beyond this there’s still some debate on how to go. I’d argue items like Luden’s Echo, or Liandry’s Torment belong here. Ekko has a lot of slows and stuns going on, and that could certainly create surprising damage, with Echo+Torment. This is definitely a glass cannon style build, so if that’s not your bag, there are other options.

Ekko’s bread-and-butter ability is his [Q], “Timewinder.” He throws out a grenade that goes to a certain range. It will putter forward a little farther, dealing damage, and then will return to Ekko, wherever he is. Anyone hit is also slowed, which sets up the rest of his damage; now that they’re slowed and can’t really escape as fast, that can definitely set up his [E], “Phase Drive.” Phase drive gives him a little roll, charging up his Z-Drive, and the next target he clicks on within a certain range, he will teleport to. 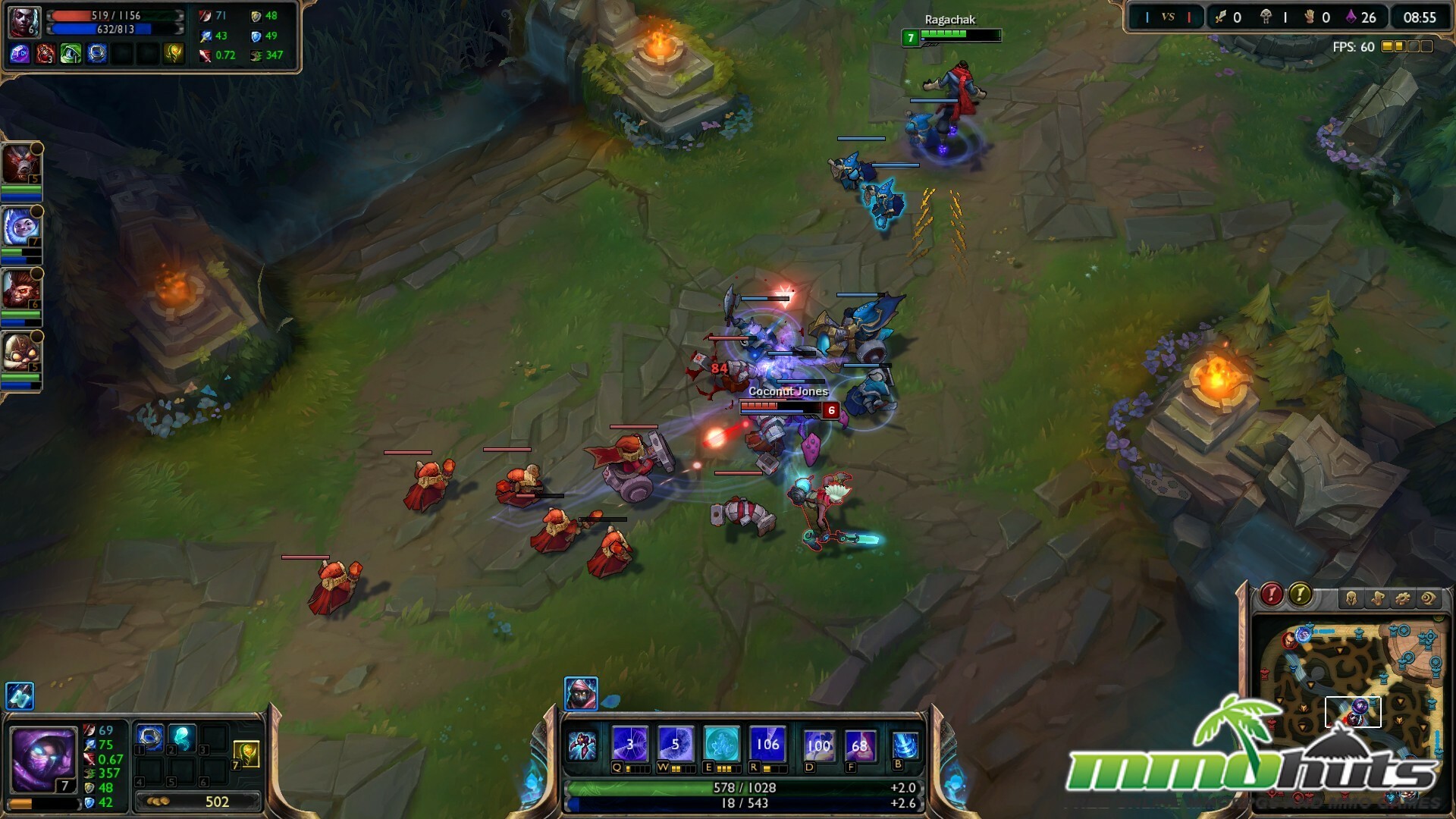 Stretch those fingers. You don't have time to fumble any skills during duels.

And while that is cool, what really makes it all come together is his [W], Parallel Convergence. Ekko drops a little dome that slows targets within it. If Ekko enters it, it explodes, deals damage and stuns. So if you have counted your passive hits well, and that third hit is coming, then get ready to enter hyperdrive mode as you bring a hefty smack with a side dish of chase. The combo works out to the following. [W] in front of where your target is running, pop [E], teleport in, slap, slap, and if they manage to not die in that barrage, throw your [Q] where they’re running and that will almost certainly equal a kill. So long as you’re playing smart, this will be par for the course. However Ekko was clearly designed in a room with no risk, no reward motivational posters lining the walls, as his ultimate is all about rewarding smart plays with quality timing. When he acquires it, there will be a trail that follows Ekko wherever he goes, four seconds in the past. That is where he will appear after his ult goes off. It heals him for the damage it does, and piles a ton of damage on anyone it hits. It’s worth noting that if you juke your foes and break line of sight, they won’t even be able to see your ultimate trail, giving you the complete element of surprise. But enemies who are paying attention can be ready for him, and once he activates, get out of the way, get to where he’s going to land (because otherwise he’s untargetable) and destroy him. That’s where the Zhonya’s comes into play.

While Ekko’s burst is intense and sometimes unfair, he has plenty of banes. If the enemy team is packing crowd control of any kind, Ekko is in the Danger Zone, since he is kind of soft. He can be exploded by a team who is paying him attention without a lot of hassle. Playing him requires a great deal of mana, meaning enemies that can bait you into one too many failed attempts will leave you useless. Plus he has more than the typical number of counter picks waiting to ruin his day, so try not to rush into revealing him in your roster during picks and bans. 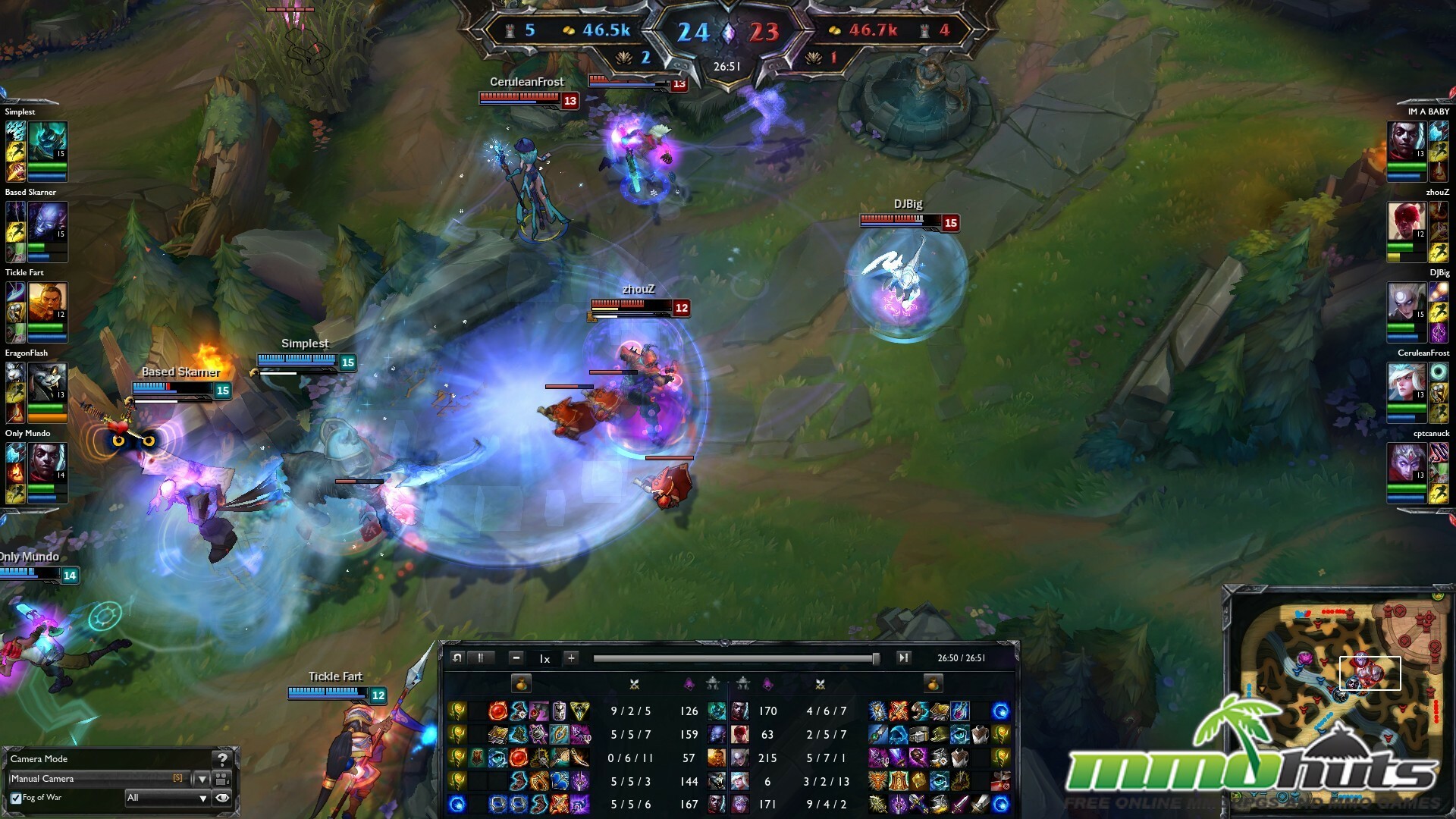 Have your teammates bait key CC from the enemy before engaging. One well placed lockdown or silence and your rhythm is ruined.

Champions that can burst hard and carry a secondary CC or silence in the process are Ekko’s worst nightmare. As Ekko, you might want to avoid dealing with: Lissandra, Cho’gath, Heimerdinger, LeBlanc, and Yasuo. These are champions with the presence to keep smart Ekko players away from fights entirely, or can suddenly dive and CC (Crowd Control) him, allowing the jungler to come and show him the business, such as it were. This mirror’s edge works both ways though, as champions that offer heavy CC builds strongly compliment Ekko’s wombo combo. Rengar, Pantheon, Lee Sin, or any high mobile/stun/slow offering jungler can allow Ekko to dive freely under the enemy tower, get the kill, and utilize his [E]-[W] combo to skate away without dying.

All in all, Ekko is a mobile and powerful champion, but is not without weakness. While he soaks up damage like a paper tiger, he hits like an actual tiger. Some have said he has too much going on at once, but I personally like the challenge of what he can offer to a team who is looking for sudden damage to go with the Meta of Tanks. He can do so many things, but they all require thought and attention to detail. If you’re able to split your mind three ways at once, to keep track of the flow of the game while counting out your passive and where you were four seconds ago on your ultimate, then you will make heads spin in your games. Knowing when to sit back and harass with your [Q] or dive for the kill is key to a patient and powerful Ekko game.