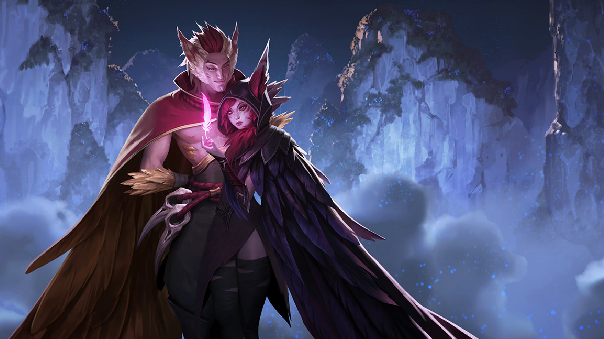 In a rather surprising turn of events Riot has revealed their first ever dual champion release with Rakan, the Charmer, and his lover Xayah, the Rebel.

What’s especially exciting is that these two have unique synergies with each other like we’ve never seen before. Sure, you’ve played around with the likes of Lucian & Braum, Yasuo & Malphite, and even Kog’Maw & Lulu; but this time it’s so much more. Rakan and Xayah gain additional bonuses when paired with each other, specifically, those two by name.

So, get ready to see a whole lot of this exact bot lane duo tearing it up as a mobile support and a utility-centric marksmen.

It might be a little early to say, but I feel Rakan is the coolest and most fun looking support champion I’ve seen in any game ever. I cannot wait to get my hands on what may very well be the catalystic character to make playing the underplayed role actually enjoyable and impactful.

Check out the full reveal here.