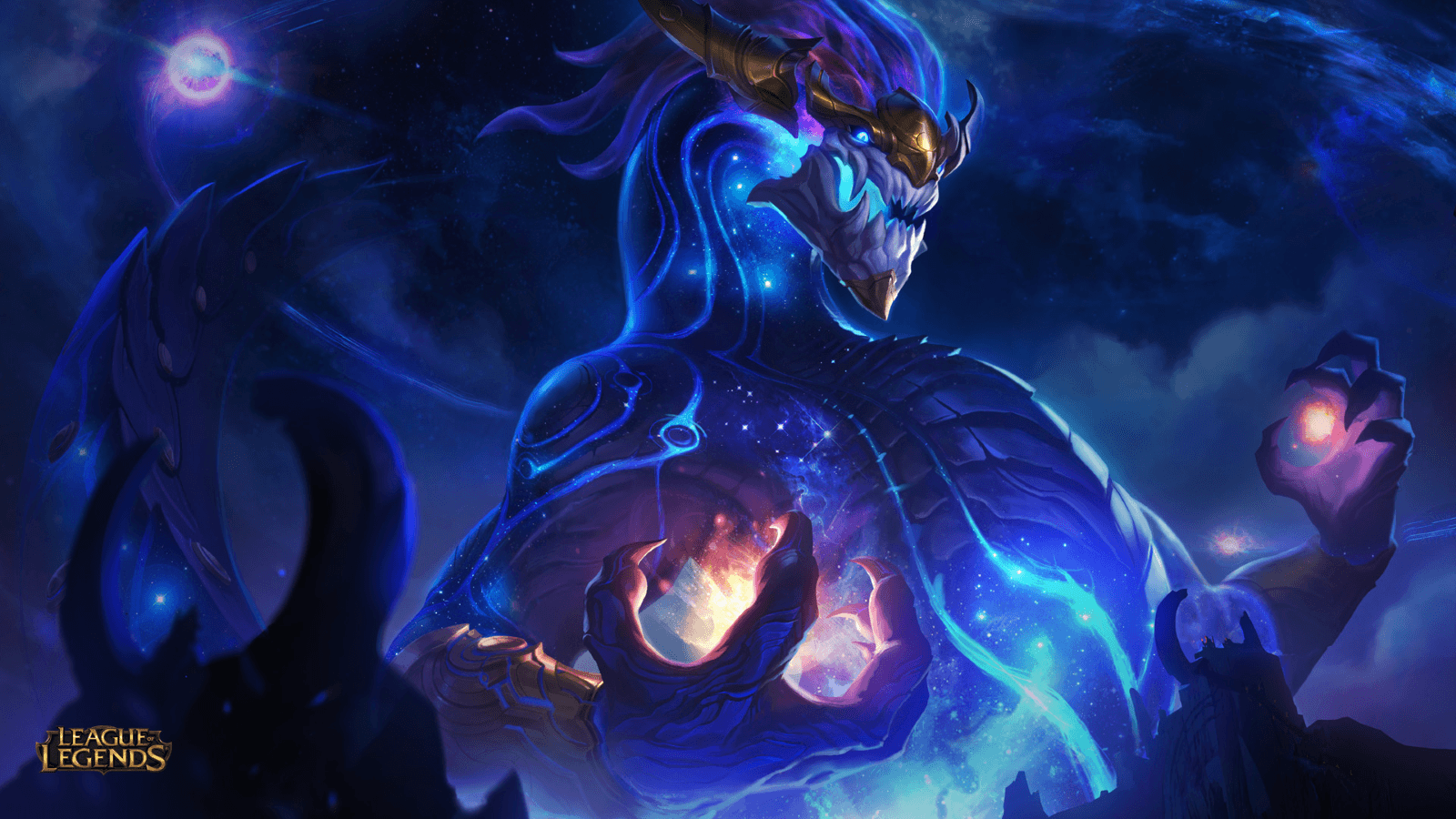 Weeks from his release, Aurelion Sol, the new dragon hero for League of Legends, is now in the spotlight.

Aurelion Sol is a mid-range mage with sustained area of effect damage and the capability to fly over terrain. Here are his abilities:

Passive: Center of the Universe

Aurelion Sol fires the core of a newborn star in a target direction that explodes—dealing damage and stunning all nearby enemies—upon reactivation or once it travels beyond his stars’ maximum orbital range. Aurelion Sol can travel alongside Starsurge, and by keeping it close he’ll nurture it, growing it in size so that it damages and stuns a wider area when it explodes.

Aurelion Sol pushes his stars out to his outer ring, significantly increasing their power. Celestial Expansion costs mana to cast and drains mana every second the ability is toggled on. Once he toggles the ability off or runs out of mana, Aurelion Sol pulls his stars back.

Passive: Aurelion Sol builds up increasing movement speed as he travels continuously in the same direction, and loses speed on sharp turns. Some of this speed is stored away as Escape Velocity stacks, which are lost entirely whenever he takes damage from an enemy.

Aurelion Sol shoots out a long wave of starfire in a target direction that damages and slows all struck enemies. Nearby enemies caught in the blast are also knocked back to Aurelion Sol’s outer ring.

Aurelion Sol promises to bring an interesting laning mechanic, as his passive damage will make him an impressive but easily targetable opponent. His abilities will also require keen timing to make use of his most powerful damaging abilities. Read more about the strategies and tactics Riot Games has in mind in the full Champion Reveal.