League of Legends MMORPG From Riot Games is On the Way 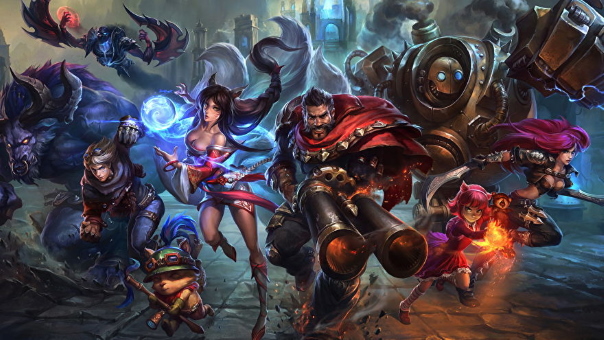 Been hoping to hear an official announcement about a League of Legends MMORPG? We have awesome news for you. A LoL MMORPG is under development by Riot Games. Riot officially announced the project and has even opened up job recruitment. Let’s take a closer look at what we know and what we don’t about the forthcoming game.

Riot is Hiring for the League of Legends MMORPG

You can view the announcement of the new MMORPG here along with the details on what the team is looking for in terms of hires. The post opens up with, “No, you’re not dreaming, we’re working on an MMORPG based in the League universe! We know MMOs take a lot of people to create, and we’ll need a pretty big raid team if we want to bring Runeterra to life.”

Some of the positions that Riot is hiring for include jobs in game design, gameplay engineering, UX design, game production, and game art. While these categories are listed, we did not find specifics. If you want to apply, you should preferably have MMO experience. Nonetheless, the company encourages applications even from those who may not be a perfect fit,. Why? Because another position might open which for which they would be suitable. It seems like it’d be worth it to take a chance. After all, what would you have to lose?

We Still Know Very Little About the LoL MMORPG

Gamers had been wondering about the possibility of an MMORPG set in the League of Legends universe for a while now. Last December, Greg Street, VP of IP and Entertainment at Riot Games, made this tweet:

My recent job at Riot has been to help develop the League universe, which we’re going to need!

Because it is time. My new job is to kick off a big (some might say massive) game that many of you, and many Rioters, have been asking us to create.

The text says, “My recent job at Riot has been to help develop the League universe, which we’re going to need! Because it is time. My new job is to kick off a big (some might say massive) game that many of you, and many Rioters, have been asking us to create.”

The moment that post went up, players started to chatter about the possibility of an MMORPG. But there was still no official word. So, now that there is finally confirmation, the internet is exploding with fresh anticipation.

Alas, there is no more information about the MMORPG and what we can expect from it in the jobs posting. Instead, the post simply describes the benefits that employees at Riot Games can look forward to.

We know that the team is working on bringing Runeterra to life. But does that mean all of Runeterra? Or just a few of its thirteen regions? Or will they start with just one and expand gradually until they have all of them? And how will classes work? Will they be the same as those we are used to in League of Legends, or will we see some variations? Could there be more classes? Fewer?

So, just how long will we need to wait to find out more about the LoL MMORPG? Unfortunately, we are guessing it is going to be some time before we find out details about what the new game will be like, and even longer before we get a chance to play it. Riot Games seems like they are in the early stage of the hiring process, and that means that they are just getting started with developing the game. It will probably be years before it comes out, and it could be months before there are further updates on what is taking place behind the scenes.

What to Do While Waiting for the League of Legends MMORPG

What can players do in the meantime? Thankfully, there are plenty of other MMORPGs out there for gamers to enjoy. Titles like New World, Chronicles of Denzar, Lord of Poker, Scars of Honor, and Star Trek Fleet Command remain popular. Players who are looking to save on MMORPGs and other types of games can head over to GameCamp to shop around for the hottest deals on PC and console.

Hopefully Riot Games will not make us wait too long for more information about the upcoming League of Legends MMORPG. If you are a talented developer interested in working with the team, be sure to get your application in as soon as possible. Those positions that are open are bound to fill fast since Riot is ready to get to work.