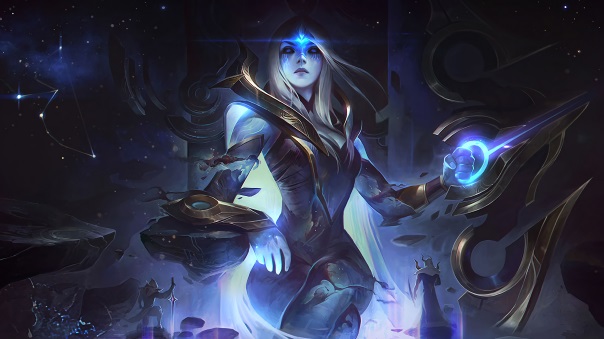 Despite this being a mostly “cleanup” patch, in the wake of the mid-season update, a fair amount of champions still got buffed and nerfed in League of Legends. There are quite a few that stood out perhaps a bit more than they should, and tanks (shock! awe! wonderment!) received buffs! A nice chunk of tanks got some love, which makes me absolutely delighted. I also learned that a four-week alpha for the Nexus Blitz (a new experimental game mode), which is coming soon after this patch. It apparently was very popular on the PBE, and so there should be a link in the official patch notes to more information on the Nexus Blitz mode. As per usual, I’m not going to highlight every single iteration of these patch notes, just the stuff that I personally find most fascinating. I want to start with the most important part of the team, Tanks, but before that, some minor adjustments to be aware of. Heal is getting a cooldown decrease, which I think is a wonderful idea! I hated the notion of it being increased. So now it’s shifted (270 seconds ⇒ 240 seconds) for a more reasonable level. For my friends that play with a premade, the status of each player will display above the “Play Again” button, as well. There are also some gorgeous cosmetics coming, Mecha Aurelion Sol, Mafia Braum, and some new members of the Cosmic line (Ashe, Lulu, Xin Zhao). The Nunu visual rework has also been teased in recent videos, which I’m incredibly excited for. With that said, let’s get to the tanks!

Yes, they’re the most important part, I don’t care what Marksmen and Junglers say; that burst damage isn’t as important as you think it is, but that’s another talk for another day. In general, Tanks received a bit more durability in a variety of ways. Amumu, for example, his “E” now scales with bonus armor and magic resist, which I think is going to just be delightful to see (on my team). Tahm Kench saw some pretty significant changes, but not buffs like one might think by reading this section. Tongue Lash has seen a Cooldown Reduction (6 seconds ⇒ 5 seconds) and the Slow Duration was reduced to 1.5 seconds, so overall, that’s more balancing, less a buff.  Devour/Regurgitate saw quite a few changes. The Devour Duration was shifted to be 4 seconds at all ranks, with the Enemy Champion Duration still half of the ally duration. That six seconds was a little rough if you ask me. The cooldown for Regurgitate is much longer now (14/13/12/11/10 seconds ⇒ 28/25/22/19/16 seconds), but has something new – Cooldown is halved on an enemy cast. There are few things more insanely frustrating than watching Tahm Kench always have that Devour up to save their ally, no matter the situation. Now it’s hopefully going to be used in a more aggressive manner. It also saw a cost reduction, 90 mana down to 60.

But let’s talk some more positivity! Leona, my dear sweet Leona saw a slight upgrade, with Eclipse having a Cooldown Reduction at higher ranks. I max Eclipse early anyway, so this is beautiful (14 seconds ⇒ 14/13/13/11/10 seconds). Sion has an interesting change, with his Soul Furnace giving a little more health now. The Maximum Health gained from enemies goes from 3 to 4, and larger enemies now go from 10 to 15 health gained. Nautilus‘ Titan’s Wrath changed a little as well. The overall base shield was reduced at early levels (65/70/75/80/85 ⇒ 60/70/80/90/100), and the Shield Scaling also got lowered just a little (9/11/13/15/17% maximum health ⇒ 9/10/11/12/13% maximum health). These were already incredibly strong in the early game if you ask me. While the duration went down to 6 seconds (from 10), the insane 18-second cooldown also lowered (down to 12). With the 18 second cooldown, it’s necessary for it to be very potent, but not so much now.

But what about the other champions? What are the big adjustments? I think one of my favorite nerfs belongs to Fizz. Seastone Trident saw a minor Active Damage Ratio (AP) (0.6 ability power ⇒ 0.5 ability power) and the On-Hit Damage Ratio (0.4 ability power ⇒ 0.35 ability power). This isn’t a major change, but any nerfs to Fizz are nerfs I support. What? At least I’m honest about being biased. His ultimate, Chum the Waters saw damage ratio adjustments to Guppy, Chomper, and Gigalodon (0.8, 1.0, and 1.2 ability power respectively). These again, aren’t major, but Fizz was just a little too strong post mid-season. Aatrox also saw some changes, who also might have potentially been a bit too strong. Aatrox seems to be a pretty hard one to get just right. He’s getting there, but he needed a little something to make the laning phase less insane. Umbral Dash, for example, saw his Passive Healing against non-champions reduced (33% ⇒ 15%) and the charges when learned was lowered to 1 (from 2). His ultimate, World Ender had a cooldown increase at early levels (140/130/120 seconds ⇒ 160/140/120 seconds). This is a very powerful ultimate, and so you don’t want him to have it every single time he goes to duel.  But jokes aside, another nerf that I definitely think was needed, is Quinn. Her burst is absolutely ludicrous, and so her Attack Damage growth was decreased (3 ⇒ 2.4). Her burst comes out of absolutely nowhere and melts pretty much anyone with little to no warning. This is another minor adjustment that I don’t think will make her unplayable. After going over this list, I think all of it is pretty reasonable.

There are also some Rune Changes, focused on the Burst Runes that I want to highlight. The worst offenders are absolutely ruining the pacing of the game and the overall lethality of the Rune System/the game at large. So, here’s the list of the biggest and baddest that are getting changed: