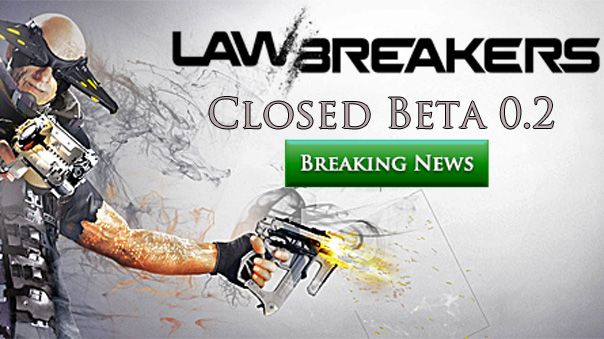 Boss Key Productions is ramping up their hang time as they recently just hosted their next closed beta session for LawBreakers, their gravity defying team-based FPS title for PC. This time around, they’ve released a new map, new game mode, new class and a slew of balance changes and other new additions. As you may have read from my last run through on Lawbreakers, my thoughts on the game were very favorable, but I had a few nagging quirks that I had a hard time getting over.

But now, with a ton of new changes noted in the patch notes, a few of which that have caught my eye and attention, I was very much anticipating this beta test a lot more than the previous one. So here, we’re going to go through all the new stuff included and put out my thoughts, one by one. Let’s get started!

First thing’s first, the balance changes. Let’s start with the Juggernaut, the class that I wanted to love but just couldn’t due to its slow, bulky playstyle. But NOW, they’ve retooled the bruiser bots by turning their ultimate abilities into toggle abilities that consume fuel. They’ve also reduced the fuel cost of super jump and increased the fire rate of the instigator shotgun. These changes make the Juggernaut much, MUCH more fluid and fun to play, since my biggest gripe with this class is that, despite having so much health and armor, Juggernauts couldn’t move around as much as the other classes, they ended up just target practice posts that absorbed a few extra hits but gained nothing of value from it. While I really wish that armor, sprinting and super jumping didn’t rely on the same fuel asset, it’s a lot easier to move around and close in on targets. A much welcome change that allows me to wreck opponents with intimidating force.

Titan changes include increased range on rockets, less self-damage for rocket jumping and no AOE burst when performing your berserker ultimate. All well and good here, but the one minor change that made a HUGE difference for me was that the rocket launcher now has five rockets instead of four. This is huge since I tend to rocket jump a lot when playing as Titan, and that first shot in the launcher can now be specifically saved for engagements while the rest of my shots can be free to rain exploding death from above. Again, seems like a minor change for most players, but this is big for me.

Battle Medic, while I still do not feel that a healing class should belong anywhere near this game, has been given some light changes to heal out its healing and defensive abilities. Now you can reduce the cooldown of your defense grid ultimate ability by healing friendly players on your team. While I’m not sure how much a reduction you get for each heal, it is a nice change. It’s just too bad for me that I keep forgetting that the battle medic is even capable of healing as I constantly leave my teammates to hang as they get shredded with plasma bullets.

Gunslinger was a very recent addition to the game’s class line up, and was previously one of my favorite classes in the game in terms of its gameplay mechanics, but now this class has been knocked down a peg by nerfing his secondary pistol (Omega). Now with less range and a smaller clip size, Gunslingers can no longer pick people off from a distance. This has converted them into more of a mid-range class, which I suppose is fair, but I’m certainly going to miss sniping people in the head from across the entire map.

Assassin is a class that has gone through a lot of changes in this update, some good and some bad, as they pour a lot more emphasis towards making use of her grapple hook ability. With increased range and speed, players should have an easier time trying to hook and reel themselves onto enemy players. To compensate, the damage on the assassin’s arc blades were nerfed along with the removal of lifesteal healing per hit (except when in frenzy mode), which I find quite strange, since I never even realized that her blades did any healing outside of frenzy… I guess it’s because the assassin was so easy for experienced players to deal with that they’ll hardly get in close enough with their blade to gain any healing from their attacks. 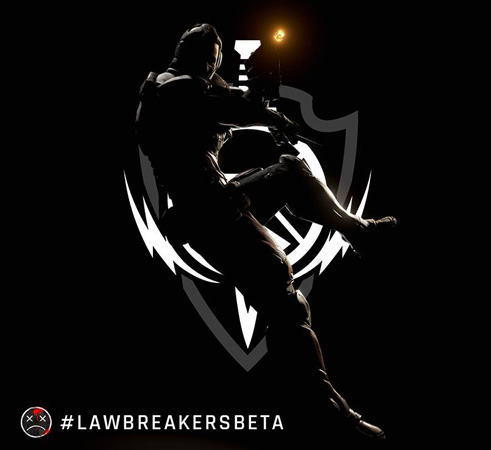 Now, the Wraith class… is… well… it’s easily my new favorite class in the game. Hands down. It’s like a ridiculous cross between the Assassin and the Enforcer class, and just as fun as playing both of them. With a full auto machine pistol, knife that can lunge at enemies (as well as get thrown for an explosive AOE attack), the ability to slide and flip around the map like a freaking ninja, AND an ultimate ability that slows down the movement and firerate of enemy players, this class has a ton of fun moves and tools at its disposal.  Getting around with the Wraith also feels very similar to the Assassin expect with the added option of being able to wall hop. Wraith can double, triple and quadruple jump through the first, but those jumps are on a resource cool down, just like with the assassin. Unlike the assassin, however, the class has the added bonus of being able to perform wall hops which do not count as a normal jump. So if you’re skilled enough to hop from wall to wall, it’s easy to get from point A to point B, without any loss of speed or momentum, either. Truly a class that makes you feel like a badass ninja and I love it. There’s supposed to be one more class that has yet to be revealed in this game, but after experiencing the joys of the Wraith, I honestly have no clue how they’re going to top this.

So this new game mode is basically a crazy version of American football where players have to grab a talking robot ball in the center of the game map, then plant it into the enemy’s home base. Seems pretty simple and straightforward, but this game mode quickly becomes a contest of speed and accuracy as classes such as the Vanguard, Assassin and Wraith can run off with the ball and plant in the opposing base so quickly that it will boggle the mind.

This is probably the best time when classes like Juggernaut will come into play since they can deploy a barrier for a few seconds to block off the ball carrier’s path while friendly teams come in to pick the carrier apart. While not entirely original, it is a whole lot of fun, especially when your team plays their roles effectively. And the best part is that Bliztball is voiced by the one and only Justin Roiland, the voice of Rick any Morty.

Last up in this new version of LawBreakers is the inclusion of custom game modes, spectator mod and kick decals as a new form of customization, which are all much needed and appreciated inclusions. With the option to start custom games, players can finally get a chance to play around with the maps at their leisure, which is something I’ll be doing a lot when the game launches as I learn how to wall jump around the map with the wraith and grapple swing as the assassin class as effortless as possible. Of course, the inclusion of spectator mode means the game will be more streamer and eSports friendly, which I’m certain will be amazing to watch once players get settled and teams learn to synergize with each other more. The addition of the kick decals are a very unique spin on those player sprays that you see in games like Valve Source games or Overwatch, but with the added bonus of player humiliation that they just get kicked in your face, leaving a boot impression plastered all over your screen. The different styles of decals ranges from graffiti art, gang tattoo designs and more.

Overall, the changes they’ve made to the game are incredibly positive as the amount of work and polish they’ve been putting into this game is very noticeable. The balance changes in particular really have me excited that they’ve been listening to all the feedback (and my feedback in particular regarding the Juggernaut class), really showing that they want this game to be perfect. With CB 0.2 in the books, all we can do now is wait for the next test to go live… and who knows when that will happen? 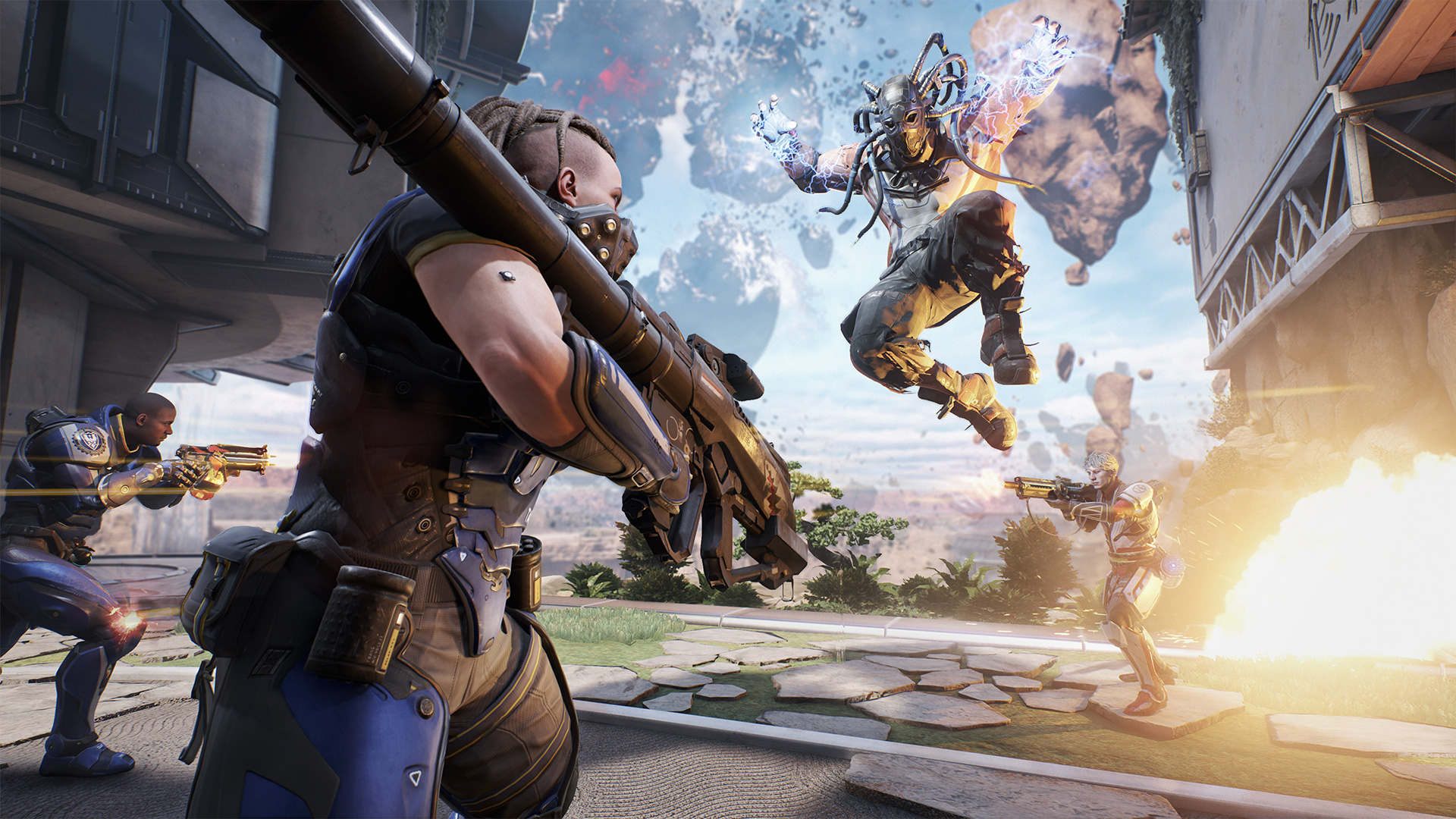