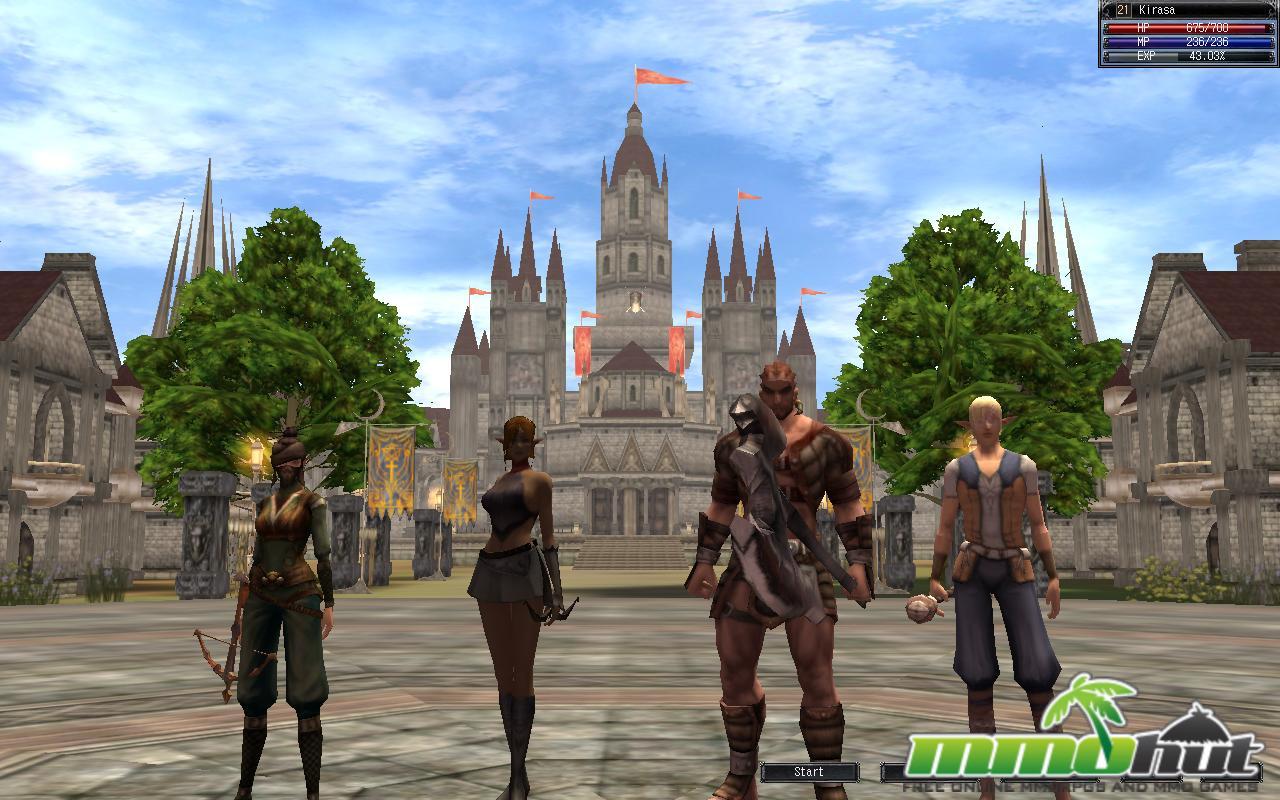 The cloning issue of the MMORPG genre is one known far and wide across the globe. Chances are that if you had played an MMORPG a few years ago, then there’s a bigger and better version of the same game available right now, and it’s probably free to play too. Last Chaos is a prime example of that cycle, acting as yet another generic recreation of another MMORPG. In this case, the original was Lineage 2. In terms of interface and gameplay, Last Chaos does look and feel a tad bit like the popular NCSoft game.

LOOKIN’ FINE
The only bright side to this whole cloning issue lies in the advancement of certain features. While the look and feel of the world remains the same, new features are added, graphics are improved, and the formula is enhanced. Last Chaos has definitely done well in this regard, and in several different ways too. Graphically, the game isn’t too impressive, but that shouldn’t be too surprising, as the game was originally released back in 2006. It’s actually one of the first MMORPGs that Aeria Games ever published. Luckily, this means that older PCs should be able to run Last Chaos without any problems.

One such example that instantly comes to mind are the animations of the Rogue class, where even a simple attack will see her jumping in the air and stabbing the enemy just as you would expect a highly trained assassin to do. The skill animations, especially the more advanced skills, look great. The E.R.A.S system in Last Chaos, allowing players to attack not only a single target but also other targets caught in the swing/blast radius (Much like Metin 2), adds much to this effect, giving the combat in Last Chaos a very realistic feel throughout. 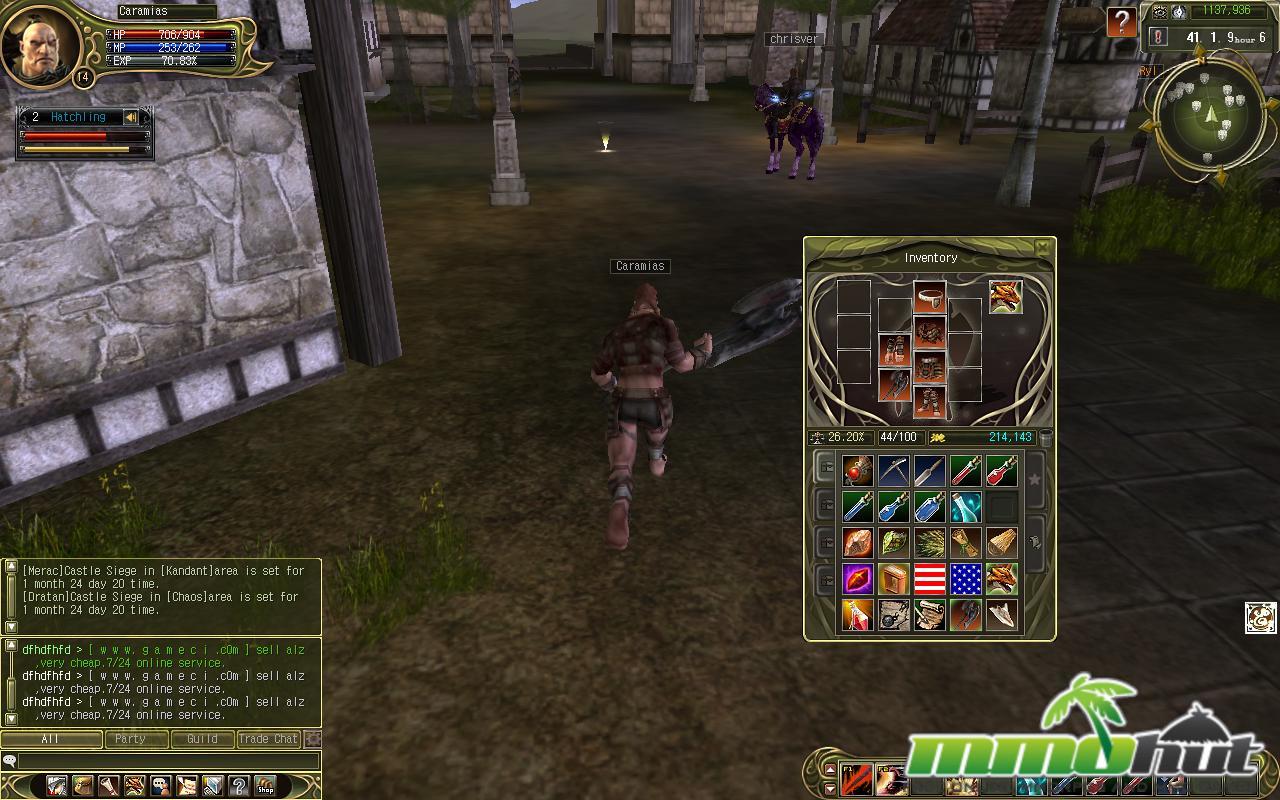 OFF TO A GOOD START
The beginning of Last Chaos, more appropriately the tutorial, is another highlight of the game in my eyes as players are neither placed in the middle of a giant town wondering where to go nor forced to complete a mundane tutorial. Instead they are required to complete a small mission that takes place in a dungeon below the city. To complete the mission, players must eliminate all the monsters and escape with their lives intact. It’s nothing major, but it’s seldom seen in the genre, and although it acts as a tutorial it is neither boring nor mundane for any part.

Unfortunately, that is just about where the innovation of Last Chaos ends, and the repetitive grind based gameplay begins. While some of the included features such as the pet system allowing players to ‘grow’ either a Horse or a Dragon are nice, it adds little to the overall experience, and is another shameless rip-off of a feature found in Lineage 2. The quest system has been tweaked to allow players to complete quests without first having to accept them, but this draws largely from the immersion in my opinion, and again, adds little to the experience.

OXYMORONS CAN BE FUN
Some other features present in Last Chaos however are quite remarkable, once such feature being the Solo Instanced Dungeons. Like many other MMORPGs there are instanced dungeon encounters designed to allow players to venture and explore new terrain, kill new and exciting bosses, and earn new equipment in the process. However, these usually require groups of up to six players to complete, and can be hard to finish. In Last Chaos many of these dungeons have been designed for a single player to complete alone, and while the concept of a single player MMO experience is something of an oxymoron, in application it works quite well.

The other impressive addition I found in Last Chaos was its unique skill advancement system that will see players not only leveling their characters, but also their weapons and individual skills too. While this system does promote some fairly heavy grinding, it also allows players to be unique from one another, something that helps to counteract the limited customization options. On the topic of customization, even though appearance customization is very limited, the game is quite varied. Each of the game’s 5 playable classes have two job advancements at level 31 and the game’s skill system allows players to learn and improve the skills they want to learn, rather than simply having access to every skill in the game.

SWING AN’ A MISS
My biggest gripe with Last Chaos is probably its extremely limited appearance customization. Being that Last Chaos is an older game, I didn’t expect much from the get-go, but gender locked classes and nearly zero appearance customization options isn’t forgivable – the game’s developers definitely got lazy in this department. The game used to have “point and click” only controls, but eventually WSAD controls were added. In terms of little updates and events, Aeria Games has done a great job keeping Last Chaos “fresh”, but the game lacks the regularly scheduled major content updates that games like Ragnarok Online and MapleStory enjoy. 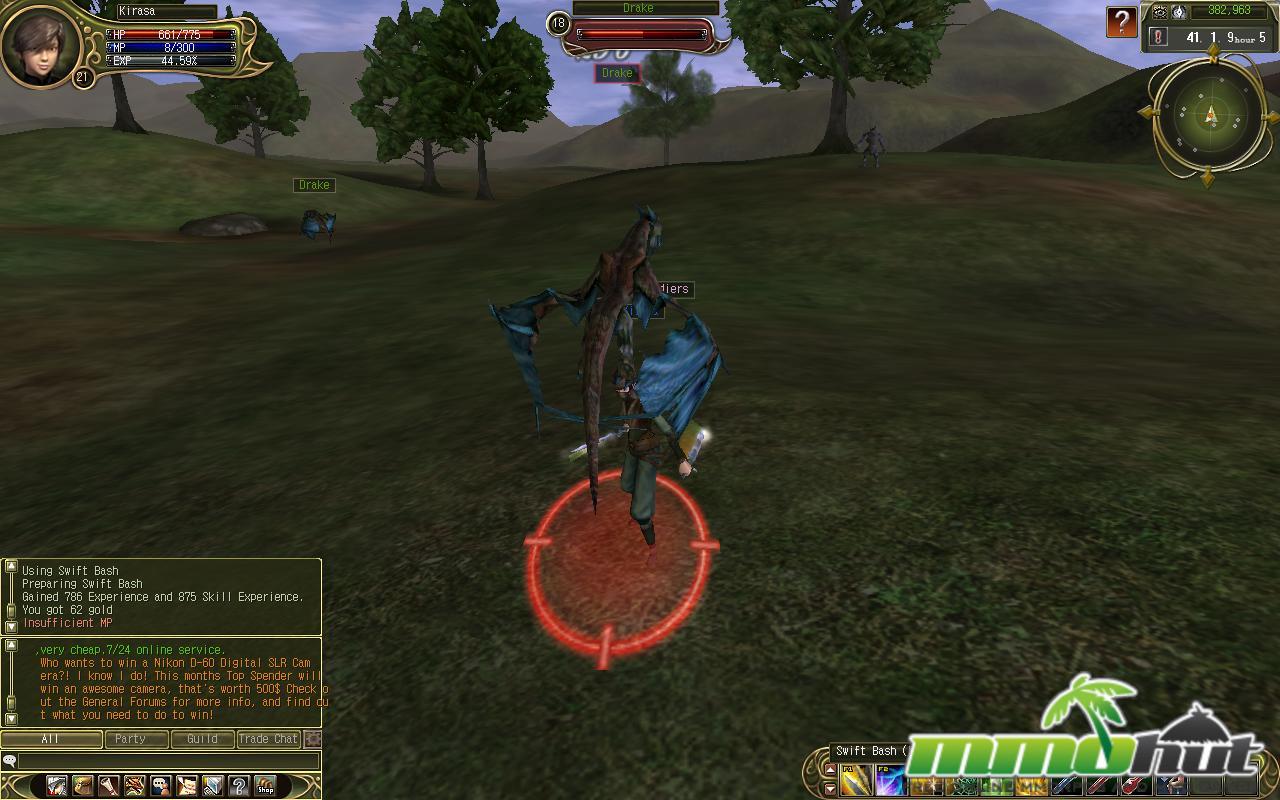 PvP in Last Chaos is unfortunately quite limited, and while players are able to attack other players as they choose, there are penalties involved for those that do to prevent griefing. Though players can still grief on the game’s open PvP channels, which makes the game’s fairly PvP friendly. Larger scale battles like castle sieges would have added much to Last Chaos, but happily the unique skill advancement system helps to make up for this. Other little features in Last Chaos include a basic item upgrading system, socketing system and a simple pet system.

Final Verdict: Good (3/5)
While Last Chaos doesn’t push the MMORPG genre forward, it does entertain. The game’s solid skill system, high level cap, and crafting system all do well to keep players entertained. Even though Last Chaos is one of the first games Aeria Games published (Originally released back in 2006), it’s still worth checking out. Keep in mind, the game’s graphics are quite dated.