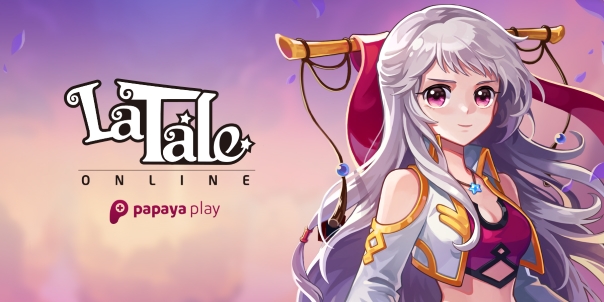 After weeks of anticipation, La Tale has officially relaunched through Papaya Play! The time has come to return to the magical lands of Jiendia and Freios, and adventure with Heroes old and new. To celebrate the relaunch period, Papaya Play is giving away reward packages for new and returning users with a total of $100,000+ USD of in-game items and currency (La Tale Cash – LTC), as well as running several Community Events and introducing La Tale’s next massive content update: Call of the Goddess. Check out La Tale’s new website for more details.

To celebrate La Tale’s arrival in its new home, the La Tale Team is giving out special rewards to both returning Legacy Heroes and to those completely new to the game. These rewards feature in-game items and currency, and are collectively valued at more than $100,000 USD!

**All Legacy Accounts will also receive the Papaya Package.

Call of the Goddess Update:

Releasing alongside the Papaya Play relaunch, Call of the Goddess is the next thrilling chapter of the La Tale story. Available for Heroes Level 200 and above, venture into the Temple of Seres, the besieged home of the Demigods, and beyond, on the trail of an ancient demonic Monarch and the missing Goddess Seres. In addition to the story expansion, Call of the Goddess also features:

Check out the Call of the Goddess update page on the La Tale Website for more details.