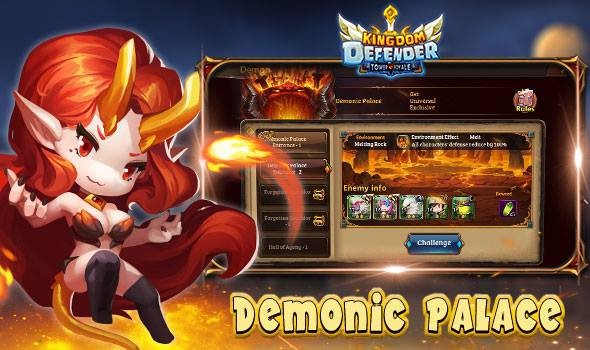 Check out these new updates with Knights Fight and get a special prize pack through our giveaway!

You can also find gift codes on the official Knights Fight twitter!

We’ve been making every effort we can to defend our kingdom, but the fight seems much too long for most of us. As time goes by, we all feel exhausted. When would this war come to an end? Will there be more stronger enemies? Nobody knows the answer. But more and more people started to realize that certain changes ought to be made.

“Take the arms and fight back the devils!” Such voice keeps haunting in our mind. Now! Chances are coming! This time we are no longer defenders, instead, we all aim to strike a smashing blow to the demons! Here come the details.

As more and more powerful heroes gathered in the kingdom, Kloss started to feel invisible pressure. He is afraid that he can no longer be a pioneer in the battlefield. He dreamed to be a super hero when he was a child and swears he would kill all the devils in the world, and this has become his lifelong pursuit. Thus, he needs to become much more powerful! Then he started to train himself, fighting with the demons alone. One day, after he had a fierce fight with Zork, he found a strange basement. He couldn’t stop exploring the space. Suddenly, he found an equipment…

Want to know what Kloss found in the basement? It has significant connection with our new updates!