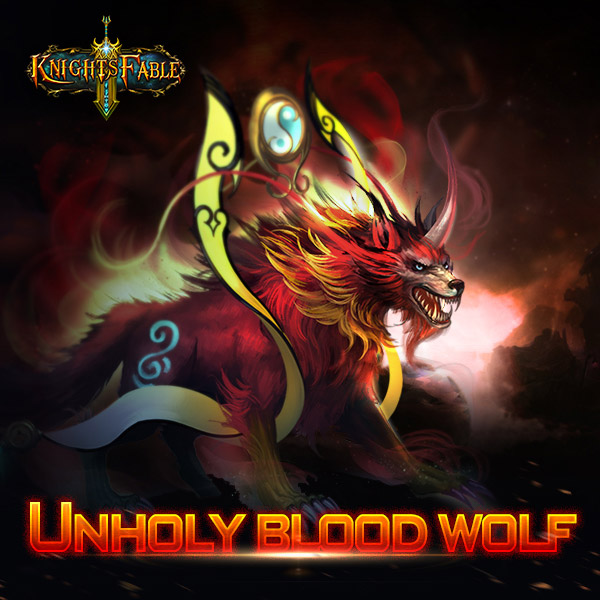 Since Astral tiger first arrived to one of the free to play rpg games- Knights Fable, it has always been the strongest beast. For a long period, no beast could beat it during intense fights! All heroes started yearning after this monstrous beast! But the Astral Tiger can’t call itself the beast king any longer; another strong beast, the Unholy Blood Wolf, is coming to the Continent! Astral tiger versus Unholy Blood Wolf, which one will survive? Welcome to play the best online games 2014 right now!

The Unholy Blood Wolf is the hound of hell, once set to guard to unholy crown of the devil himself! The wolf was cast out from hell after failing to protect the crown, and now swears to exact his revenge over the devil for his lack of empathy.

Since the wolf is a mutinous beast, only loyal to the strongest warriors, it will take many bloody fights among the heroes to capture the hound of hell! Heroes, are you brave enough?