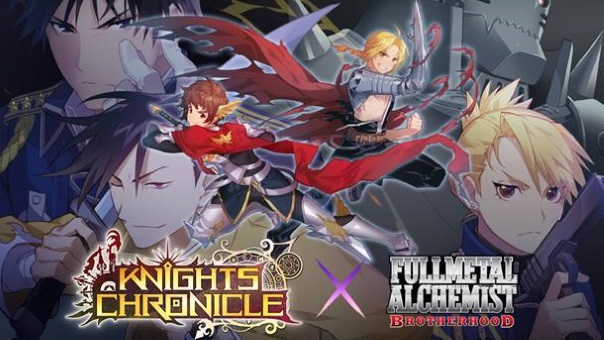 In celebration of the Fullmetal Alchemist collaboration, Knights Chronicle will include a seven-day check-in event, which will reward players with SSR Edward and additional rewards for each day that they participate. Also, the Lust Advent Dungeon will reward players with four-star SSR Lust upon completion, as well as the Planetary Proxene, which can be exchanged for additional four-star Fullmetal Alchemist Tickets.