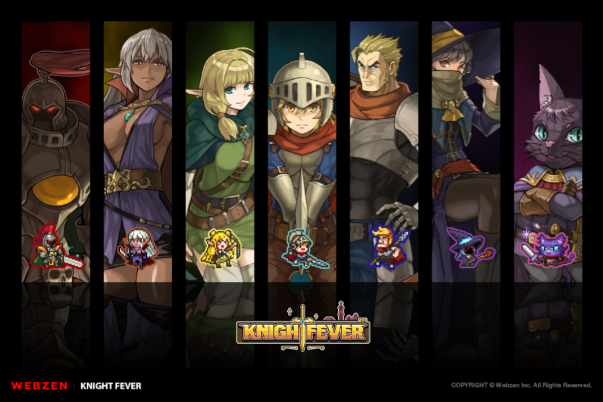 The developer Webzen has officially updated their adventure-RPG Knight Fever, and with this, the soft-launch phase is over and the game is now live in North America in addition to Europe. Knight Fever is a retro-style RPG, featuring fast-paced casual gameplay and intense strategic battles. Knight Fever allows players to delve into the world of swords and pixels while battling numerous monsters to protect each lane. The update introduces the Gold Dungeon, formerly known as Dungeon of Ordeals. Completing the dungeon gives players gold to spend on the Peddler and General Shops, whose shop item selections have been improved as well. Hero’s Altar has also received various improvements such as the long-awaited Daily FREE Summons, allowing players to acquire resources, crafting materials, and Heroes. Stages have also received updates and improvements, such as Boss Monster rebalance and new Boss BGMs. Below is also an animated short they created to celebrate the launch of the game.