KingsRoad, the multiplayer action-RPG from Rumble Entertainment now available on iPad devices and browsers, is traveling to foreign and exotic lands in the game’s next in-game event, the Tournament of Jade. Journey out of Alderstone to the eastern nation of Tojin to challenge the infernal Dragon Clan and seize the land’s jade treasures. 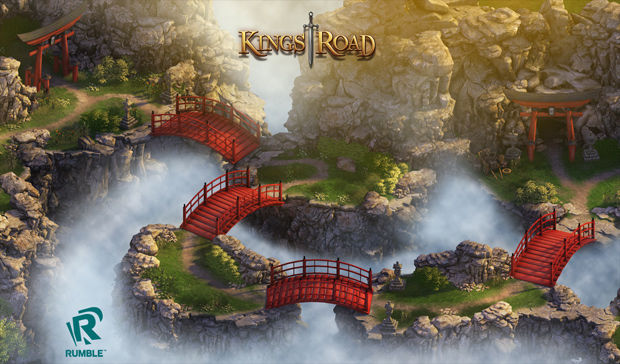 Beginning Monday, February 9 and running until Monday, March 9, KingsRoad players will have access to the regions outside of Alderstone and the exotic treasures that hide in every corner. Those with the courage to begin their journey east into foreign lands will find themselves armed with special, event-only consumables including the Falcon Spawn summoning potion and stealthy Smoke Bomb as they battle for the coveted Jadestone Buckle belt.

KingsRoad recently became available on iPad devices and can be downloaded for free at www.appstore.com/kingsroad. The game is also available for free on browsers at www.rumblegames.com/kingsroad.