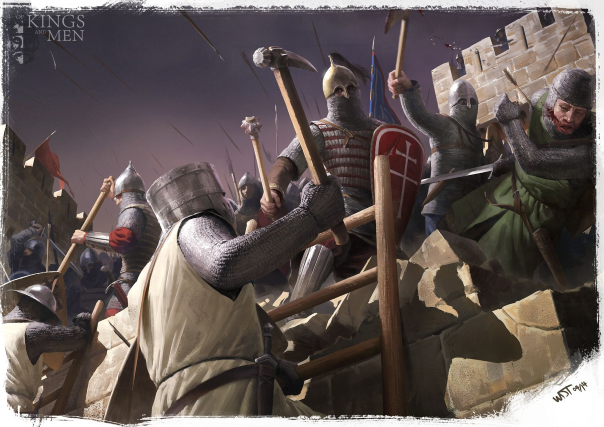 Green Man Gaming Publishing, Northern Ireland Screen and indie developers Donkey Crew are pleased to announce the launch of Of Kings And Men in Early Access on Steam today.  The third-person multiplayer game, created in a bespoke engine, will start its early access with a focus on the combat system and key multiplayer modes including the ability to fight in battles with over 200 players.

Of Kings And Men is being created by indie developers Donkey Crew, previously known for their popular “cRPG” modification for Mount & Blade: Warband.  The team are developing the medieval themed game in their own bespoke engine allowing them to create huge, stable multiplayer battles, as well as the customisation of characters from a choice of millions of combinations.  The intuitive combat systems based on historical European Martial Arts (HEMA) fighters and medieval manuscripts captures the real spirit of melee fighting in a game.

“After 5 years of development, with all its ups and downs, today is both the most scary and amazing day for us – we can’t wait for everyone to experience it!  We believe that Of Kings And Men will write its own history. If the community joins us now in this journey, they will forever be part of our very first era,” said Florian “chadz” Hofreither, Project Lead on Of Kings And Men, Donkey Crew.