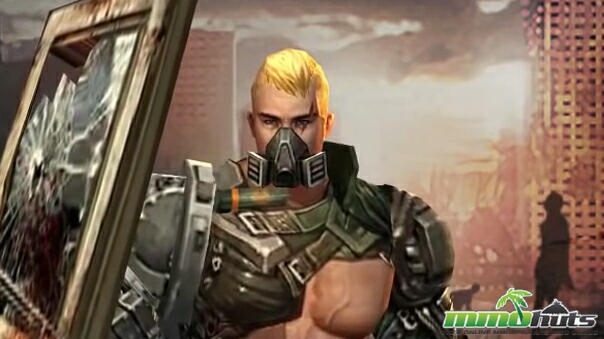 Creating original material is hard. Doing it while limited to touch controls is even more challenging. Since we have played mostly everything, we gamers have come to a point in our lives that having a game that plays just the bare necessities of its genre can be dangerously short-lived and boring. So it comes to no surprise that developers have turned to mashing up things that work to create combinations that would hopefully catch on to keep things exotic, exciting, and refreshing. And true enough, though some have not survived the experimental phase, a lot of games have seen major success in combining features never seen together before.

One notable example is Dragon Ace, which combined eTCG, RPG, and poker elements into a unique massive multiplayer co-op game. The more recent concoctions may seem corny and downright weird at first, but hey, we’re always looking for something new, right? No shame in trying and enjoying something quirky if it’ll seem like you’ll end up liking the idea of it. Well, you might have to do a double take on this one. 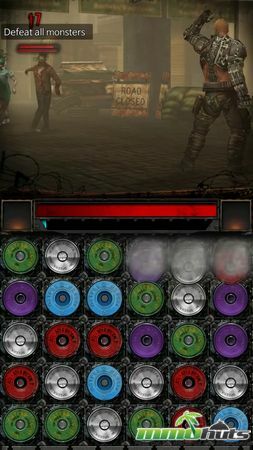 The award to oddest genre combination game goes to...

Fresh from its successful soft-launch release in Singapore, Sweden, and Ireland, and mere days from its near global launch, Toast is releasing Kill Me Again: Infectors. The game is a creative mix of survival horror, action combat, and some tactics and strategy, all boiled up in – get this – match-3 puzzle gameplay. You heard that right. We’re talking Resident Evil: Bejeweled Edition here. Don’t get me wrong. I’m not really dissing the game. In fact, I find it quite addictive and challenging.

But just the thought of the player having to ward off hordes and waves of zombies by getting at least three similar gems to be adjacent to each other tickles me oddly. Not that it’s bad. In fact, in the two weeks I’ve been playing this game, I always find myself attentive and amused by the concept. Toast’s mobile games just seem to have a way of taking simple concepts, adding serious skill to the equation, and maintaining their levels of addictive gameplay for the long run.

As I was saying, Kill Me Again: Infectors is a mobile free-to-play tactical action match-3 puzzle set in a worldwide post zombie apocalypse. It starts off with you being able to create your own avatar from three mercenary classes: a strong melee fighter, a quick rogue type, and an item-tossing healer type. Each class has ratings according to their difficulty of use and, funnily enough, the usual strongman type is rated the most difficult to use. 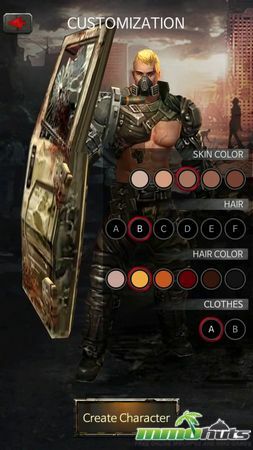 Three classes + detailed customization was not something I expected.

From my experience, both male and female character classes are quite customizable. Though despite the difficulty warnings labeled on them, I’ve yet to see a real difference in challenge reflect in actual gameplay. After selecting your class, you can customize your character’s appearance from a considerably large range of selectable features, which is remarkable as if the basic game already holds so many possibilities, what more could unlockables and purchasables have in store?

You are then thrust into a world where you battle waves of undead through the match-gem system. The thing about the battle system is that it isn’t really turn-based, nor is it the type of game where you nonchalantly solve the Bejeweled portion while the “battle enactment” screen is merely an indicator of your progress with no bearing at all. The game screen is split into two – the above being the screen showing your avatar engaging in the field with the enemies, and the bottom half is the puzzle. Both screens are synchronized so whatever you do in the puzzle screen affects your progress in the field screen.

Balancing matching your score quota and surviving the infected is far harder than you might think. The game goes from friendly gem-swaps to a time attack tactical survival hellfest real quick. 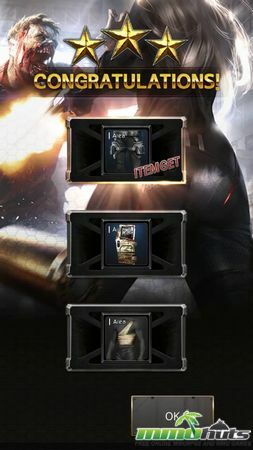 Once you're past the training wheel stage, earning three stars is a badge of honor.

You would have to take into account your character’s distance, power, recovery time, and such, all the while splitting your concentration to plan three steps ahead on your draggable matches. The game system also rewards you when achieving combos. Like most gem puzzles, the collapsing gems can automatically make new matches for super combos. This makes your character attack in quick succession allowing you to easily cut through hordes of enemies.

The bulk of the game is mainly played in battle as you do almost nothing else outside the match-3 game besides accept quests, endlessly tweak your character’s look and equipment, and proceed with the story, which is very well-written despite the hackneyed premise of surviving a zombie apocalypse. Though options are limited, the presentation and UI is polished well beyond similar mobile games. 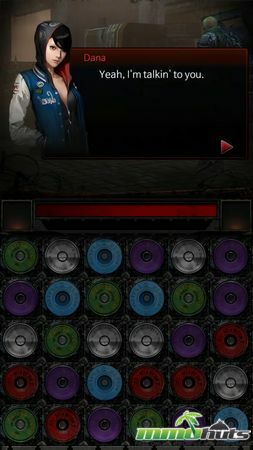 Once you're past the training wheel stage, earning three stars is a badge of honor.

Even if your eyes are mostly trained towards the puzzle part of the game, one could still appreciate the intricacy of the rendered details and character designs, almost as if Kill Me Again was meant for a full console release. Lots of effort was also put into the animations and cinematography and the dynamic camera angles; these features feel at odds contrasted with the whimsical façade of the tile puzzle below it, no matter how edgy and hardcore it tries to be.

All in all, Kill Me Again: Infectors is an awesome game. Obviously it took a lot of effort in conceptualizing and developing it, and probably even more effort for the developer to push the idea in the first place.

Up till now, I still can’t get over the fact that something as casual and whimsical as a match-3 game can build into quite the decent mobile action concept, and I don’t think I will get used to it in while. And that’s a good thing. It keeps things fresh and exciting, and is a good example of how to keep the gaming scene innovative. Plus, it’s still young with only a few months under its belt and still growing. With all the development heading its way, I can’t wait to see how this game will surprise and entertain me even more.