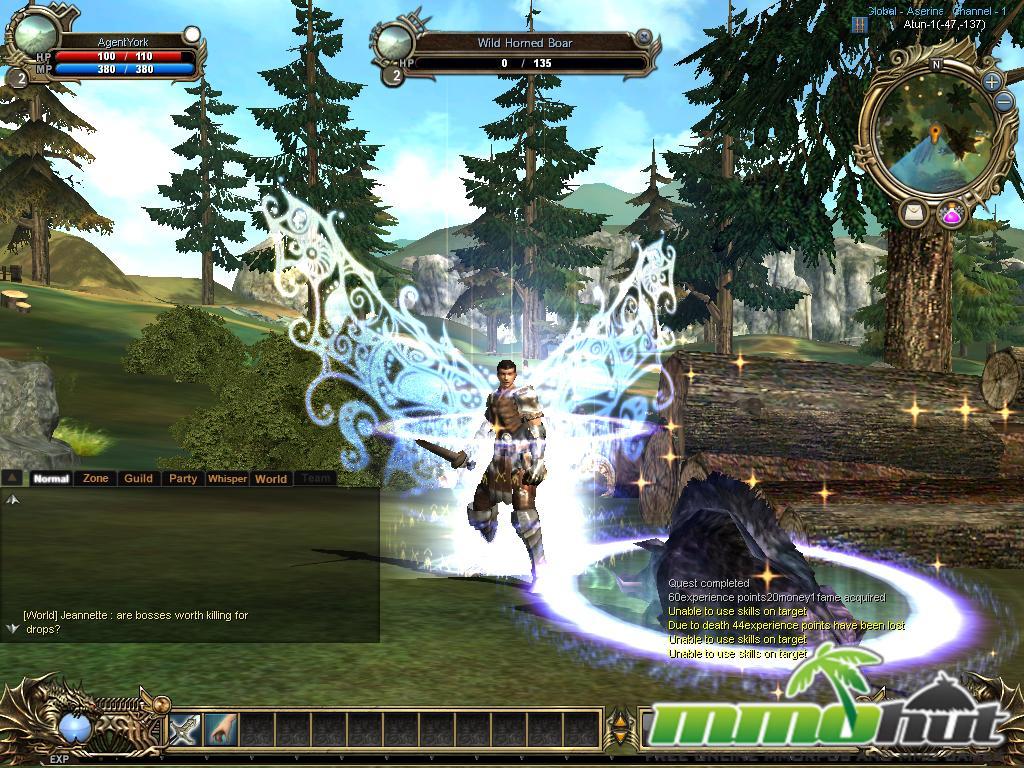 Kabod Online is a 3D adult themed fantasy MMORPG set in a medieval world where monsters and humans are fighting for control. A group of wizards known as the Celto discovered a hidden gate to a new realm. Six years after the massive migration citizens are still struggling to make the land their home. Players become a pioneer in the exploration of the vast unknown kingdom or a villain terrorizing settlers. Tackle challenging quests. Kill hundreds of monsters from Wild Swamp Gorillas to Vampire Queens and in between. Join a grinding party or go on a violent crime spree in this 18 and up online adventure. 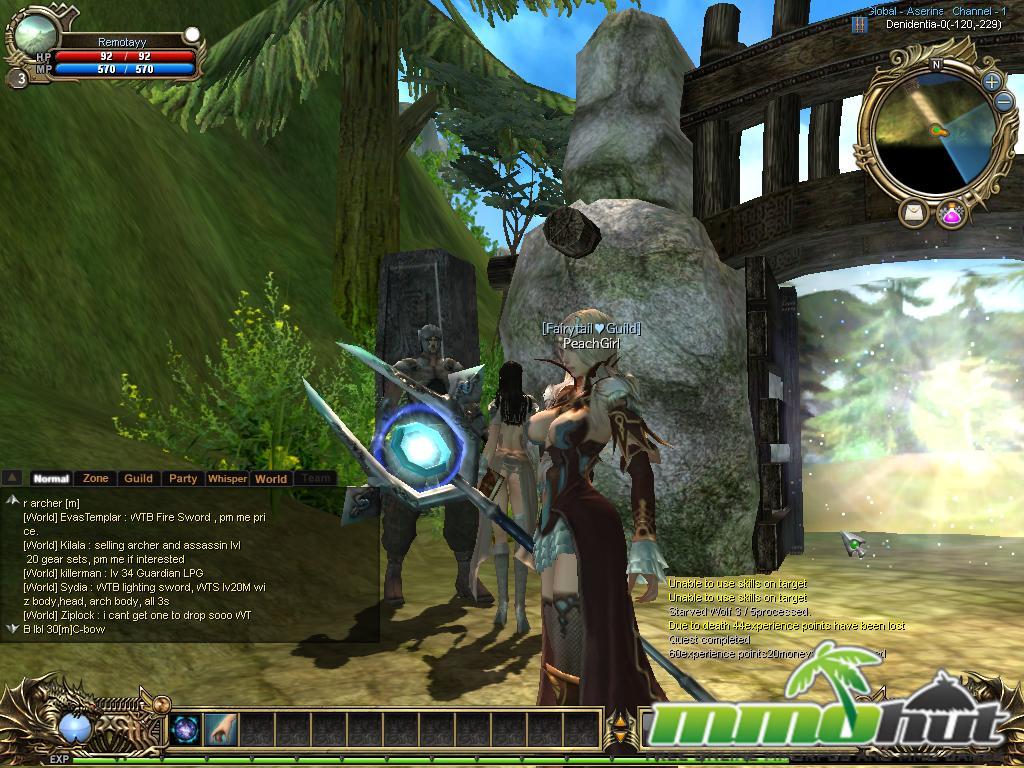 Naked Knights with Swords, the Gameplay

Kabod Online features frontal nudity infused with a unique PK system. Most of the gameplay involves completing quests and fighting others in duels. Players start off fully clothed in the village of Aserina. Local NPCs stationed throughout the town will give heroes tasks or quests. They often vary from relaying messages to another character or defeating monsters. Across the new world is an assortment of territorial creatures that are making the migration difficult. While some are docile others are very aggressive. Attack Pirates, Violent Crimson Scorpions, Screamers, and Lycanthrope monsters. Quests to hunt them down are common. Collect 3 claws from starved wolves or 10 drops of raccoon blood. Experience and gold are rewarded upon completion. There are plenty of quests. Players have to shuffle back and forth from far off areas to NPCs located in the village which can be tedious at times. Not a lot of grinding is necessary to level up. The well-structured quests allow players to easily advance their hero. The game features an armor destroy system. During intense battles with monsters or other players clothes will get ripped or pulled off. When armor durability reaches zero the character is nude leaving little to the imagination. Players will stay in that state until they purchase or repair their armor again. It’s actually borderline BDSM in a way. When players get their butt kicked they have to walk back to the village naked in their underwear to suffer public humiliation. Although it’s a somewhat innovative idea it may not be for everyone. Similar to Age of Conan the gameplay is challenging. Female characters are targeted in PvP battles due to the nudity feature.

Players have to reach level 10 before they can attack others. PvP fighting is allowed in most areas except the beginner locale and main village. The criminal system implemented in the game allows users to not only kill but rob other players. Steal their weapon, equipment, or specialty items. Much like the real world there’s a price to pay for committing crimes. Any player can attack another but once a knight, rouge, or mage robs that player they become a villain. Robberies automatically reduce a character’s honor status. The rank of villain is not permanent. Players can change back to pioneer through a rebirth process. The criminal system adds a bit of excitement to the overall gameplay. Pioneers have to be careful while adventuring and be prepared for an ambush. Players can get attacked or robbed at any time. This can make questing in far away territories difficult. Looted victims have to start over. There are also intense melees in Kabod Online. They are scheduled and held in battlefields. A notice will pop up on the screen to notify all players that a specific city’s battleground like the one in Feracitas is available. Only players of a certain level range can enter. The schedules alternate regularly. 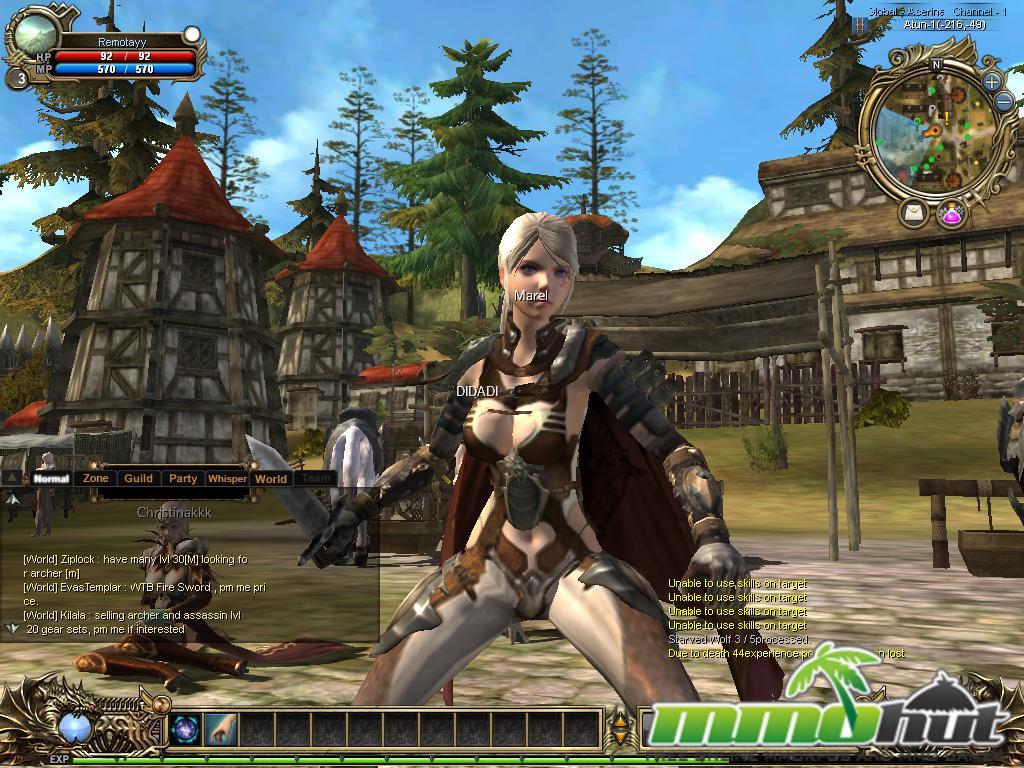 There’s decent variety of weapons and armor for players to purchase through local NPC shops. Each weapon or accessory is available in the designated shop when a player reaches a specific level. Categorized by class users can equip their character with Loon Magic Books, Fire Swords, Mirage Staff, Fire Glave, Dragon Slayer’s Saber, Ice sword, Seraphim Wand, and the Gladius. Defense apparatus in the form of armor, gauntlet, robes, shield, boots, shoes, circlet, gloves, and helm are available in various materials. Buy a Crusader Shield, Blue Full Plat Armor, Magical Silk Robes, and Dimensional Gloves for a fee of gold. Some magical items can be enchanted with the use of cards. These cards are found through killing certain monsters. Each item has to be unsealed to function. The process is somewhat annoying. Players have to travel back to the village to the Magic Pattern NPC to enhance or unseal the item for use. At any time a user can also start their own private shop and sell items that they’ve collected or no longer want. Through the chat interface users are permitted to send each other private messages offering to trade equipment. Although characters are blessed with bodacious bodies there are no customization options to make your sexy hero stand out from others. The lack of rare apparel items creates a uniform look.

Minus the topless knights and mages, Kabod Online is your average fantasy based MMORPG. Players explore a world inhabited by domestic and mystical beasts. As they fight for territory users come across other players who’ve chosen a life of crime. Each hero has the choice to become a pioneer or a villain of sorts robbing others of their goods. Explore a large virtual world similar to Age of Conan where violence in mandatory. Complete challenging quests and take part in fierce PvP battles. Although the customization and some of the features could be better it still has the potential to be a good adult themed game. Players looking for a different type of PvP experience and NPC dating may enjoy what Kabod Online has to offer.