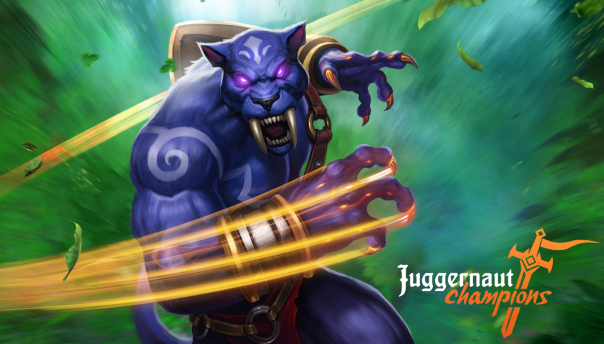 Global publisher My.com is proud to announce the release of Juggernaut Champions, a new game set in the world of Haradan, where the events of Juggernaut lore takes place. This new idle-RPG combines easy to watch gameplay with depth of a well-known universe. Juggernaut Champions’ mix of the easy gameplay and complexity of the Haradan universe is exactly what is needed to turn a smartphone’s screen into a battlefield where Good and Evil clash. Players only need to move a finger to witness epic battles where heroes and villains die, and fate of the universe is on the line.

We decided to make new game in an unusual genre. On the one hand, it helps us to introduce the universe to new players. On the other hand, it helps to enrich gaming experience for those who already are familiar with Juggernaut series. They are familiar with rich and complex gameplay mechanics and now have full access to new mechanics including RPG elements and PvP system with only a finger.

Juggernaut Champions’ roster of heroes and enemies includes known characters our player has already met in the previous games, as well as new ones. It’s mayhem on the fingertips with such enemies as hog-riding thugs, infernal samurais, and snake-wielding ninjas. Game modes include tournaments with other players, but there is always room for a friendship. Moreover, our unique system turns friendships into a valuable tactical resource. Our players are never alone in this fight.

Juggernaut Champions is available globally on Google Play and the AppStore. The Amazon version of the game is coming soon.