JetGetters Gets Funded Through Kickstarter 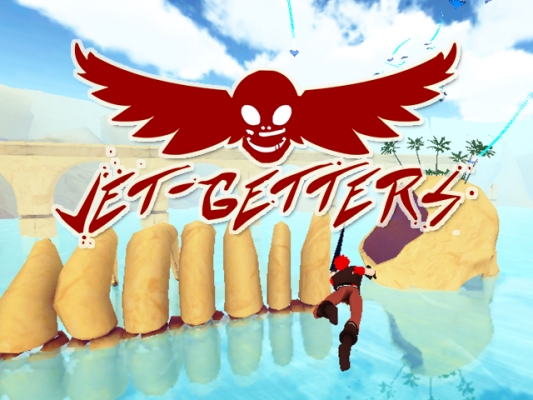 After a successful trip to PAX East, tinyBuild has announced that the Kickstarter campaign for its multiplayer shooter, JetGetters, has reached its initial funding goal with success! The campaign still has three days left to push into stretch goals for additional funding.

JetGetters demonstrated its first playable demo at PAX East, a sandbox level with split-screen co-op. The demo showcased basic gameplay, including a hijacking and missile surfing mechanic that will be a core part of the game.