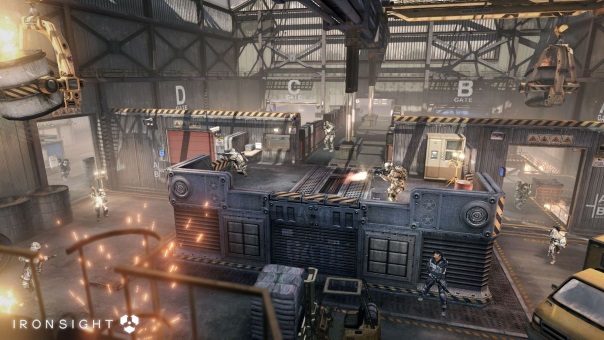 Parties interested in the new Korean shooter, Ironsight will not have to wait much longer. The open beta phase for the online shooter begins through gamigo’s subsidiary, Aeria Games on February 1st, 2018. Players who own a Founder’s Pack will already have access to it as of January 20th, 2018. Along with the long-awaited OBT, the Ironsight community can expect a broad range of new content and many extras. Four brand-new additional maps are waiting to be discovered by the players. But there’s more to it than that: a new game mode, a brand-spanking-new mission, and much more will be available. Set in 2025, the battle for the last natural resources on Earth has begun. The NAF (North Atlantic Forces) and EDEN (Energy Development Enterprise Networks) have begun a bloody battle to determine who truly will control these. ‘Search & Destroy’, ‘Team Deatchmatch’, ‘Secure Point’ and ‘Resource Takeover’ Matchtypes will be awaiting players. There are also co-op modes for those interested in doing battle with clever AI. This with 100 different weapon types, will allow for customization and non-stop action.